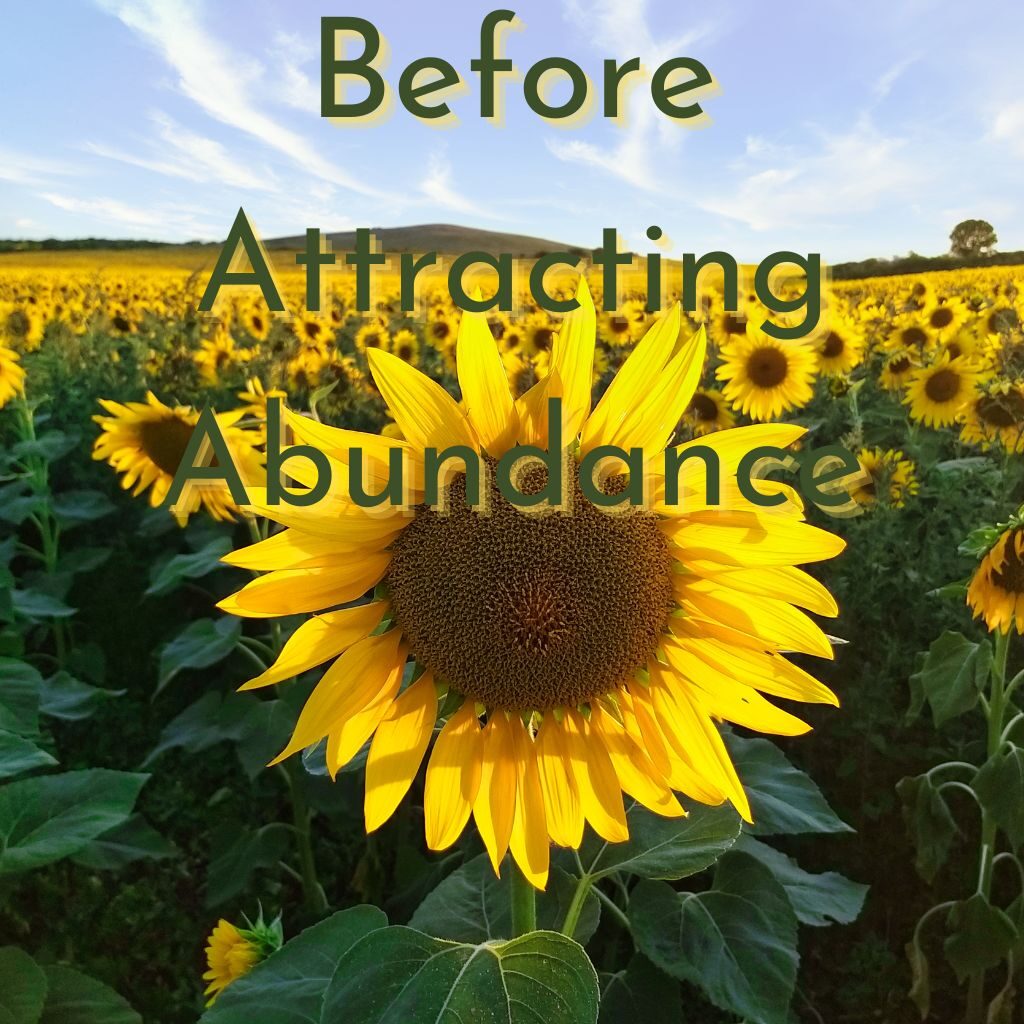 Before I consciously manifested abundance, I focused my efforts on healing lack.  Thanks to the Taiwanese teacher, I learned to recognize the evidence of my lack.  Effectively, I was disengaging my energy flow from manufacturing lack, re-harvesting and rerouting those energy into a different energy path, a path that is positioned to build wealth.

I am still in the process of remodelling my energy circuitry.-

I observe my every action.  Why did I want to manufacture wealth?  My motivation was lack.  If I am feeling and experiencing endless richness right now, would I still want to attract wealth?  No.  I would be completely immersed in the sense of abundance, feeling every nuance of the richness in my life, bathing myself thoroughly in the atmosphere of luxury and excesses; the thought of building wealth would not even have the chance to seep through my mind to capture my conscious attention.  That thought would have absolutely no room in my life.  All the room in my life will be consumed by the unlimited enjoyment of abundance.

Previously, when gas price started to go up because of the war between Ukraine and Russia, I wished that our premier Kenney would bring down the price at the pump.  He did, but it eventually went back up again.  Now I see that my wish originated from a place of lack, and hence more lack resulted from it.  The funny thing was that I operated not within my personal field but in the collective field.  Energetic pollution!

Realizing my pollution, the first thought that comes to my mind is, ‘How do I reverse this?’  Seed the collective consciousness with abundance.

Returning my attention to my core essence, the place that connects me with the core of the universe where all abundances reside and originate, I feel the connection in every part of my being, releasing all the resistances to that connection, allowing the natural flow of energy from the cosmos into every layer of my being, flowing from the plasma state to the gaseous state to the liquid state all the way to the solid state of my being, passing through every breath and every heartbeat, through every inch of my bloodstream and my neurological circuitry, through every organ and tissue, every cell and atom, and in every step and stop that the energy passes through, I perceive and receive.  How do my cells and molecules feel about this inflow?

They are not exactly registering and acknowledging the abundances yet.  Like the boy who delivers newspapers everyday—he handles but does not read; in other words, its content is completely irrelevant to him.

So this is where I need to heal.

Truthfully, I never learned to recognize the gap until I have healed the gap.

One day, I wanted to listen to the audio recording of my online course, but it wouldn’t be uploaded until three or five days later.  Lack.  Moments later, a classmate from Los Angeles whom I had never spoken to before approached me and offered to give me her private recording.

Another day, I walked past a side entrance to the community recreation center.  That door is locked from the outside, so I didn’t expect to get into the center through that door, but somehow in that moment, I just wanted to open that door.  Miraculously, there was someone at the other side of the door who happened to be there in that moment and gladly opened it for me.  Wow!  Even though it was a negligible need, still it was instantly met, no delay and no question asked!

But I still need to heal this gap, even though the universe is already closing it for me.  The cause of the gap is still there:  I feel that I should not, cannot, do not want to ask for my needs to be met.  The “not” is extremely strong in me.

I try to touch the root of that resistance, and notice that it is linked to low self-worth and other wounds.  Healing that bundle of traumas would require opening up another psychological space in me.  The Taiwanese healer described this as a poison, something that my cousin had already mentioned to me years ago.  It is poisonous because it forces my awareness into the darkness, and forces me to stay in there, not allowing me to exit the dungeon, and if I try to escape, there will be punishment in multiple forms.  And such treatment is labelled as love, and the perpetrators, being a collective instead of an individual, expect utter receptivity and submissiveness of this love, and I shall return that love with joy, respect, gratitude, etc., if I don’t, more punishment will be meted.

Being trapped in this kind of experience, there is no room for nourishment, support, abundance, bliss, etc. Instead, it is a life circumstance thoroughly and permanently imbued with negativity. Hence poison.

The very odd detail about my resistance is that it only exists in direct opposition to whatever I consciously register as need or want. In other words, if I don’t already register my desire consciously, then there is no impediment against manifesting that desire. So my manifestations tend to be unconscious. Then the key to my healing is to dismantle the entire construction of desire and block, as they exist in perfect pairing such that it is impossible to completely eradicate the individual components without eradicating the bundling of the entire package.

That’s why in my healing, the solution that came to me was to flow abundance through every layer of my being, to present every single component of my being with the opportunity to delicately perceive every subtlety of the abundance, so that I can completely reverse the poison that has been so deeply entrenched in me.

There is no need to pull abundance in.  But only to remove its resistance.  The road to abundance is to clear the obstacles on the road.