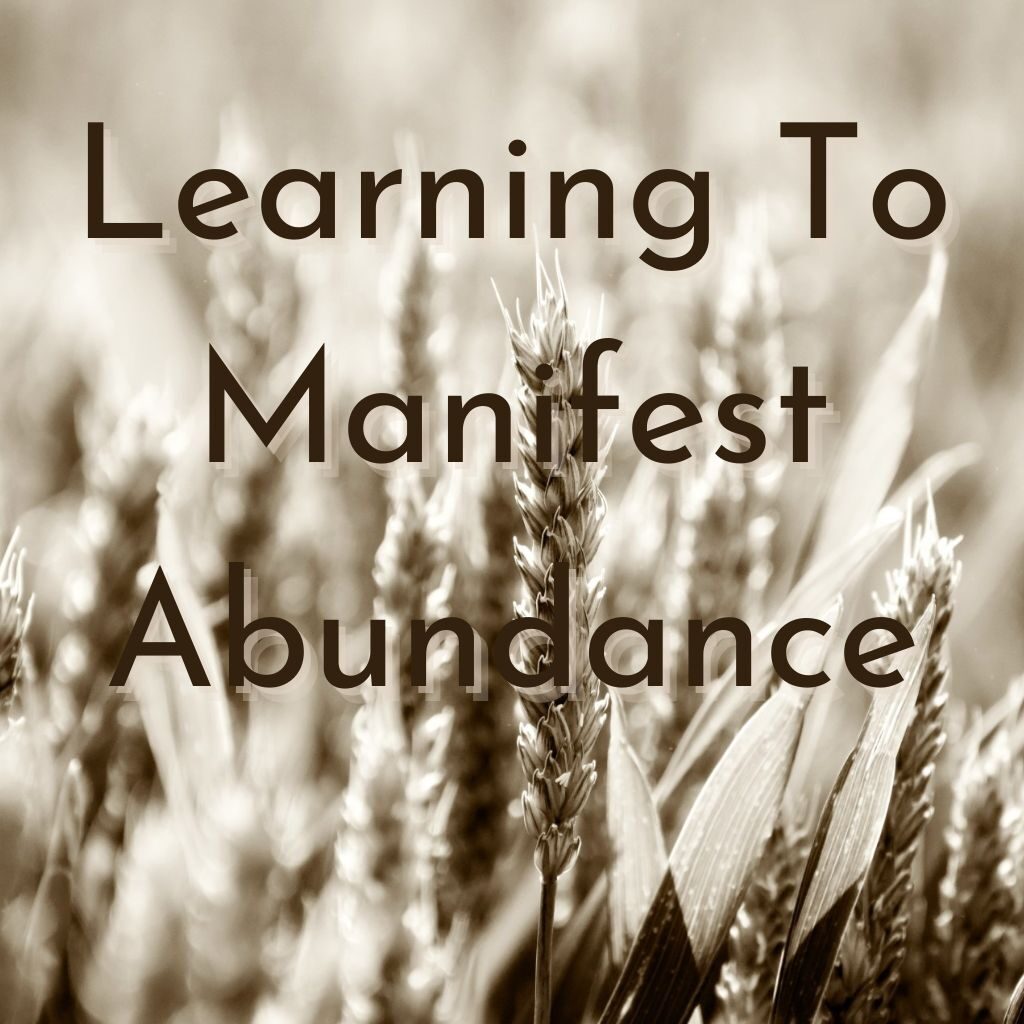 The teacher said, “Start with one energy loop first.  See it manifest, then build the other aspects of your life based on that loop.”

That is the simplest way to fix an energy loop.  Pick an area of your life to work on, don’t try to do everything all at the same time.  Start with the easiest or the smallest area.

Strangely, I have been more and more interested in healing money-related wounds as well as manufacturing greater financial wealth lately.  So going along with this newfound interest, I learned about lack from the Taiwanese teacher Jian Xiang Ting.

What I manufactured roughly came in the form of me being or becoming a pet, someone who is being taken care of, delicately and lovingly, by those around me who unconditionally and generously showered their attention on me and made their best effort to ensure my wellbeing.

Under the healing guidance of the Taiwanese teacher, my manifestation was later upgraded.  Instead of fit, I experienced the feeling of being unconditionally doted upon and supported.

There were minor tweaks each step of the way.  For example, instead of simply being doted upon, I also learned to specify how or where or what I wanted to be doted upon.  The lesson on manifestation became more nuanced and subtle.  What I was really learning was not the part about posting the thought outward, but the part about registering the outcome in the form of neurological inputs.  Because my problem was my inability to perceive and receive abundance.

So I cleared the path about receiving energy back from my outer world, removing as much resistance along my path as possible.  At the same time, with each manifestation, I reinforced my belief that the most suitable abundances come to me effortlessly and unconditionally.

Later, in the back of my mind, a different image, feeling, and definition of abundance began to emerge.  At first I thought I would need to increase the number of zeros in my financial wealth, which now that I look back on it, would have been a rather crude way of manifesting.  Instead, I zoomed into that new desire.  Was it coming from lack?  What did it feel like?

It encompassed freedom, luxury, expansiveness, swiftness, ease, breeziness, finesse, quality, lushness, etc.  Instead of intending to have a certain amount in my bank account, which is an image of the physical outcome, I focused on the energy behind the desired outcome.  Felt it, zoomed in on it, enlarged it.

Just to point out the nuances, the energy I was tapping into did not have the feeling of elegance, royalty, refinement, etc., which was not quite what I wanted at this point of my life, although those qualities in and of themselves were definitely desirable.  Instead, what I wanted was something closer to youthfulness, vitality, enthusiasm, adventure, unrestrained mobility, etc.  I was amused and curious about this energy that I desired, but at the same time, I also understood why I would have this desire.  It is very much in alignment with the tree meditation that I did.  It’s about growth, health, aliveness.  Growth as in development in all areas of my life, not just physical health, but everything that I wish to do, to pursue, to create.

I need an abundance of revitalizing energy to support me in developing my passions, growing my interests, expanding my horizon, and experiencing the limitless possibilities of my life.

My latest improvement in manufacturing abundance is that money comes to me of its own accord, without me chasing it.  But actually, this energy circuitry still needs some editing.  Although I didn’t have to strive for abundance, it wasn’t a windfall.  Rather, it was something that I was entitled to receive but didn’t receive earlier.  So it had to find its own way to me.

That’s how it is supposed to be, but I did not consciously register it that way until now.  So this is the part of the energy loop that I am now repairing.

Likewise, with everything else I want, I stand firmly in the Source, and feel it coming through:

In this energy pattern, there was one detail that I healed lately:  don’t worry, don’t doubt.  Don’t stand in a place of fear or negativity.  Whenever I feel insecurity or uncertainty, I am out of the Source.

While I am manufacturing my desire, I also balance my fears by standing in the Source. And I thank all the human souls for coming into my life to assist me in learning about manifestation!