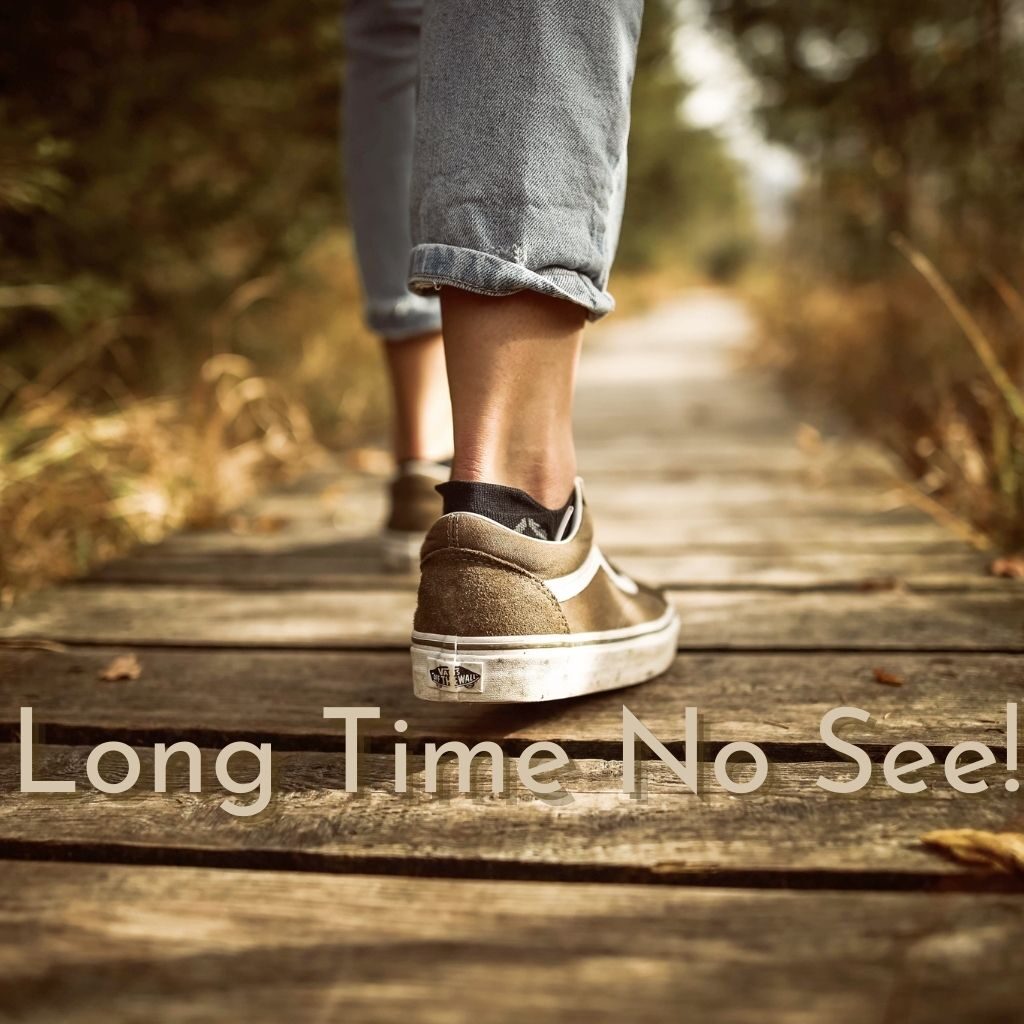 “Long time no see,” one of the training partners SS at the ping pong club hollered as I entered the gym.  That is his usual greeting to me, and it seems that he only says it to me regardless of the time lapse between our meetings.  And it amuses me because he doesn’t say it with its intended meaning, but more so as a replacement for the more general greeting of hello.

Once, the club organizer SM jokingly added, “He misses you.”

That’s the general atmosphere in the club—jovial, casual, friendly, playful.

Another thing that amuses me about SS is that he would sometimes talk to me, while he’s playing at a table that’s perhaps thirty or more feet away, and yesterday when he did that, I looked around after a couple seconds of silence and asked, “Are you talking to me?”

Another player who has just started joining is quite a sweet lady.  We don’t talk much, but she would compliment on my progress, and once, when I asked if I would see her next Tuesday, she held my hand and said jokingly, “If a pretty girl like you comes, I will definitely come too!”

Comments like these create a fun and lovely atmosphere, instead of a more competitive one which does not suit me.  And I think on some level, either I am infusing the atmosphere with my energy, or the atmosphere is adjusting itself to make me feel at home.

Another layer of amusement I find at the club is more of an amazement:  I seem to be manifesting my original intention, with greater sharpness and clarity than I have ever done so in the past.  It’s almost like my intention is speaking to me every time I am at the club.

Rewinding back to a month or two ago, there was a bit of a psychological overcast in my energy field before I joined this club.  What eventually tipped me over from the ping pong table in my condo games room to a table tennis club that requires a 20-minute commute each way, is that I simply wanted a step forward in my life when John 1.0 made my previous path unwalkable on March 31.

At that time, a lady who played really well at my condo approached me at the end of her ping pong match with her partner, and out of nowhere, she suggested I joined a club.  I was surprised that the idea appeared in my path.  That was the evening of Sunday April 3, Mountain Standard Time (MST).

In the morning of the same day at Taipei’s time (CST), I did a meditation guided by the teacher on connection to a tree, to receive support and nourishment.

What manifested by the lady was in effect a sort of support for me, in finding a way forward when my previous path was truncated.  Then a couple more individuals appeared on my path to support me in making the embarkation.

One thing I learned in this process is that, those who came into your path at the right time to support you may not stay with you forever. They may, however, disappear very suddenly and quietly, but that’s only after you no longer need them. I am specifically mentioning this type of human interactions because it is necessary to see their purpose and not to insist on having an extended relationship with them. This is a message that came out of my friend’s mouth when I told her my story, and at the time, I recognized that message as coming from a higher dimension. Sure enough, those two individuals have now faded into the background, while others have come to the foreground.

I joined the club with the primary intention of exposing myself to a bigger and better crowd.  To socialize.  To connect. My secondary intention was to learn the proper and professional techniques.

My current circumstance offered me exactly what I had and continue to intent, because as I discover more and more, some students paid a training fee, to be trained by an ex-Olympian.

I didn’t pay the training fee because I couldn’t commit to the schedule, which actually works in my favor because the other players, some of whom are dedicated training partners, offer to train me, either by rallying with me or sometimes by continuously feeding me the ball so that I can focus on doing a specific movement repeatedly.  This way of training fits me, as there is less pressure.

Aside from manifesting what I want, I am also gaining things that I did not expect nor foresee. Manifestation, in the conventional spiritual sense, starts from having your desire or vision in your inner world, and from there you project it out into your outer world. But if you are getting something in your outer world that is not what you consciously intent to receive, that usually comes from an unconscious level, and typically that’s where your traumas and wounds reside, hence it tends to be something unfavorable. However, my unintended outer experience has been good too, and that is another layer that surprises and intrigues me.

For example, one day I overheard a conversation between SM and LC, about a professional player using his whole body to wrap around a ball, aerodynamically speaking, to deliver the ball over the net.  That’s a whole other level of performance from merely hitting the ball; it is a union of player and ball.  That’s almost a form of taichi! But it’s not the proficiency of the player that most surprises me, but rather, LC’s observation and description of how the player performs.  You would need to have a sense of sharpness in order to see it, understand it, and then articulate it in your own words in such a way that another person can also see what you see. That itself is another skill and another type of proficiency.

Perhaps encounters and discoveries such as this adds richness to my overall experience at the club. And perhaps I can expand my manifestation to manufacture something that is not clearly formed in my mind yet–to anchor in a higher octave of consciousness into my inner plane and from there out onto my outer plane, without specifying what exactly it is, without the ego-thinking mind first having a conscious knowing of what it is. Is that possible?