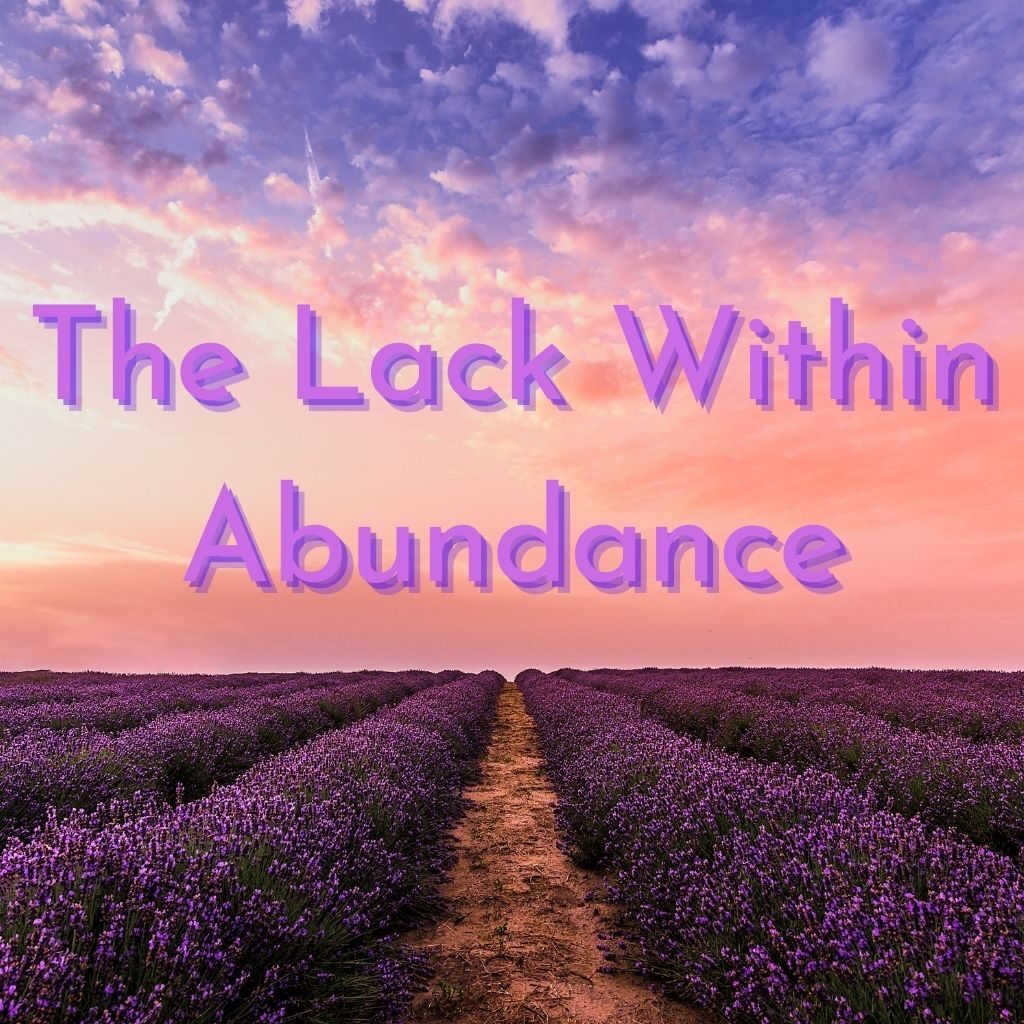 The Lack Within Abundance

During my second visit to my friend’s Patricia’s house, I was treated mostly like a pet by her and her live-in tenant John 3.0.  This was after I had done about a week of the meditation guided by the Taiwanese spiritual teacher Jian Xiang Ting on receiving more nourishment and support.

My second time staying her house was longer than my first, and very different from my first too.  One of the differences is that I was less inclined to do house work with her, so there was almost no flavor of equal partnership in my second stay.  Almost every time when she wanted to cook for us, or sometimes for me only, I would either be still in bed or excuse myself to go take a shower or do something else while she was in the kitchen, even when she was tired after a long day at work.  It was an unconditional support.  However, I felt a sense of guilt for not helping out, which prevented me from thoroughly ravishing her support and care.

One time, I was assigned to cooking breakfast while she was working in her home office.  As per her instructions, I cooked the sausages in a pan without oil.  I thought it would be ready in a couple of minutes, but she said no, because it’s pork.  I had no idea how long one would need to cook pork sausages.  She added a bit of water to the pan and covered it.  I let it simmer until she said it was okay, but she never said it was okay, even when the sausages were sticking to the pan already and thoroughly burned.  I did as much damage control as I could, such as adding a bit more water each time the water evaporated, turning down the heat, etc.  By the time she came back to the kitchen, the bottom of the pan was layered thickly with something black and the sausages had the skin of an African.

She almost fainted.  I didn’t really know what to say.  How are you supposed to cook them without boiling them in water and without adding oil?

I was also assigned to cook eggs, but that also turned out not so well, because I didn’t see a cover for the pan, and I didn’t know how to cook eggs in a pan without using a cover.

At the end of our breakfast, I tried to avoid the kitchen, so she was the one washing the pans.  I found myself quite amusing and hilarious, because I was only one step below Paddington Bear and one step above her dog who would be berated if he made a mess in the house.  But unlike her dog, I felt a sense of guilt for giving her trouble instead of giving her a hand.

When we went out, she would usually foot the bill for us.  I felt guilty.  So a couple of times I tried to pay, but it’s not easy because she would grab the bill first.  In order for me to pay, I actually had to exercise my spiritual power—she would be momentarily distracted or completely blanked out, so that I could tap the debit machine with my card, after which she would regain awareness again to realize that the bill was already paid.  It happened every single time!  And I saw that the universe was exerting its biggest power to give me abundance, to the point that I needed to exert my spiritual power to reject it–lack.

On the other hand, when she was not home in the day, I mostly found myself to be in the company of 3.0 for a couple of hours each day, and he would also feed me, because I practically never cooked, appearing like a stray animal lingering in the house.  But sometimes I would decline his offer, feeling a sense of guilt, thinking that I shouldn’t accept his generosity. The fact that he was generous implied that I was lacking.

One time, he made lunch and shared some with me.  After lunch he went back upstairs, but rushed back down a little while later, saying, “I almost forgot that I also baked a saba fish.  Why don’t you have it?  I’m full already.”

Much later, I ate half the fish.  I couldn’t eat it all, because when Patricia came home, we would have to eat dinner, so I needed to leave room for the next meal.  So I put half of it in the fridge.  When he came home later in the night, he asked if I liked the fish.  I smiled and nodded, saying, “Yes, ごちそうさまでした.”  After his response in Japanese, I said, “But I didn’t finish it.  I left half in the fridge.”

He was surprised, because the fish wasn’t very big, so he wouldn’t expect me to not be able to finish it all, and so he said, “That kind of fish is better served right after it’s cooked, because the texture of the meat won’t be as good if you leave it sitting too long.”  The fact that I didn’t savor such a wonderfully cooked fish at its most delicious moment was itself a lack.

The most blatant experience of lack I had was when she took me to the employee lounge of her workplace.  It had a lot of games, including a ping pong table and pool table, so I could play there all day, and when I got tired, I could sit in the library.  But I would have to wake up very early to go to work with her, so lack of sleep.  Then in the lounge, there was no washroom, and I couldn’t go out because I didn’t have an access card to go back in, so I had to stay there until she came to check on me, so lack of convenience and freedom.  Then I couldn’t connect to the free wifi, so lack of internet.  There were a whole bunch of other minor lacks too, despite the facilities being new and abundantly equipped.

So last night, I returned to doing that guided meditation again, and noticed a lot of lack and guilt blocking my absorption of nourishment and support.  They were saying, ‘I cannot receive, should not receive, not allowed to receive, not supposed to receive, etc., and if I do, I would have to repay it, or it will leak out of my pocket,’ instead of having the abundance over-flow from me out into the world to benefit those around me.

I’m sure you already know where I am aiming.