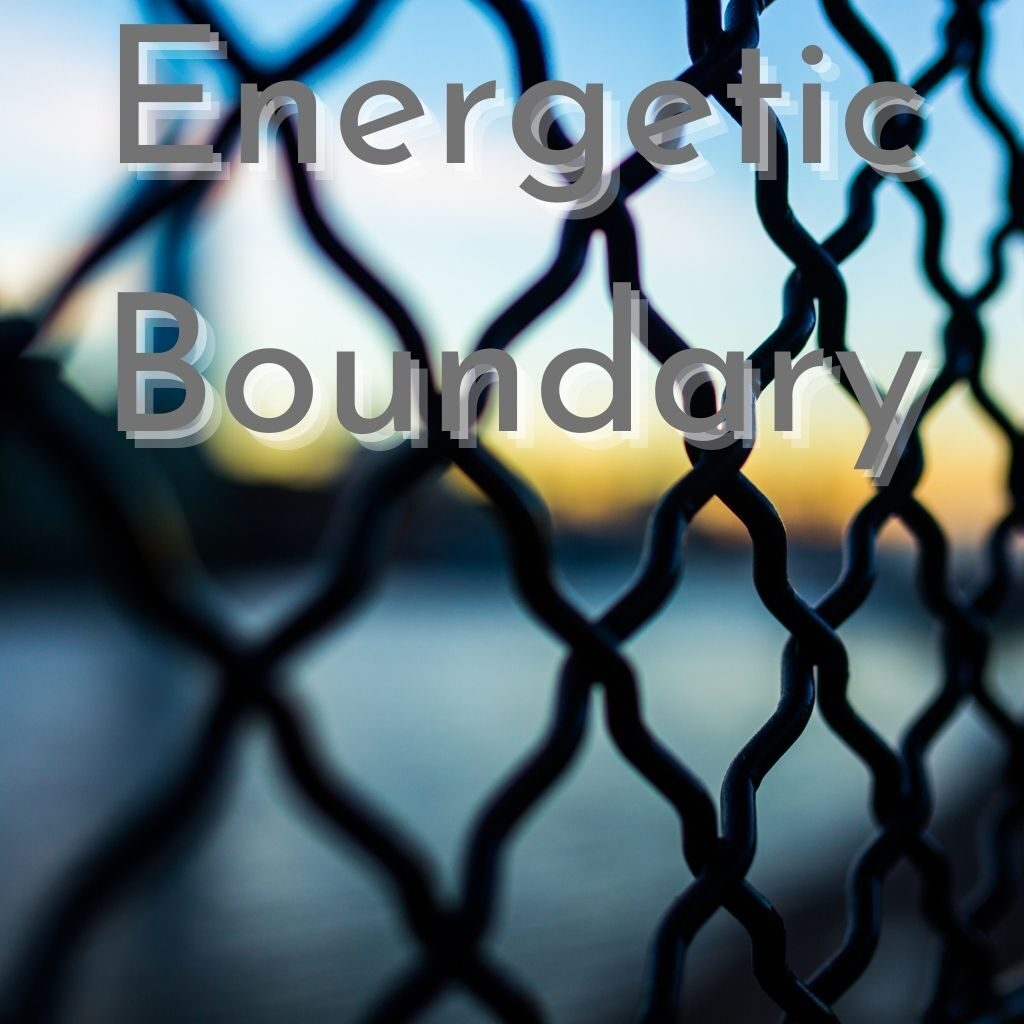 Overview: This article attempts to describe and explore the effects and limits of an energetic boundary, which can be used as a privacy or copyright protection, or a safety measure.

While staying at my friend Patricia’s house, I was quite amazed by the energetic effect of the teacher’s copyright.  She said in her recent notification when the videos were available and accessible that the students should not share the course content with outsiders.  This was new.  Previously, she didn’t have this note, and I shared some of the easier course materials with Patricia, or more specifically, she would suggest that we listen to or watch the videos together.  But interestingly, this time around, she didn’t.  Not even once.

But what she did ask were what I learned, how I felt, what was interesting in the lectures, etc.  This reminded me of a group therapy that I attended a couple years back when the therapists would delineate what could and could not be shared outside of the group.  For example, any comments, including the therapists’ instructions, shared inside the group while it’s in session were confidential.  So I could not tell a friend about what the therapists taught or suggested.  However, I could say what I learned from the therapists.  Anything that I had ingested and then shared with others was my own, and that would not be bound by the confidentiality agreement.

Coincidentally, even without mentioning any the above to Patricia, she would automatically (or unconsciously) comply with the teacher’s request.  At the same time, I did not feel any urge to share the course materials with her, though I would tell her my feelings about it.  More specifically, I could not feel a desire or interest or enthusiasm to share the materials.  I think that’s the effect of energetic boundary of the teacher’s intention and copyright.

If an energetic boundary can block or stifle a desire, intention, projection, etc., then I wonder if the effect and strength of the boundary is dependent on level of consciousness.  I mean, does the person who set the block have to post it at a very high level in the ether in order for it to have the effect to block out as many movements (of varying levels) as possible?

When I gauge my own lack of desire, it wasn’t a forceful or uncomfortable constriction or restriction, it was simply a lack of desire.  I didn’t sense any block, or maybe my perception wasn’t sharp enough to perceive it.  I’m quite intrigued at this block and its effect at the psychological and physical levels, toward myself and others.

In the past, when I worked in an office and there were some colleagues whom I didn’t want to talk to, I also set psychological blocks such that they would visit everyone else but would skip my office, even when they needed something from me.  And I have set boundaries here and there in the same manner, at home, for Car Car, and even for my phone.  But I never had the opportunity to consciously observe and perceive the receiving end of someone else’s boundary until now.  And I am immensely awed by it!  Because I have never been very successful in setting boundaries at the physical level, for example, telling someone not to vape or smoke in my home.  You would think they would have no trouble respecting such a basic request, that anyone who has the least amount of civility would do so, but yet, what I experienced was an utter disrespect for my hospitality, as if my property was theirs, and when I confronted them about it, they laughed at me and said, “What’s the big deal?”

So I’m trying to learn about the limits and the effects of an energetic boundary.  If it doesn’t work, why?  Is it because there are other things intervening?  Such as a deep-seated trauma or imprint, something from a very deep layer of the unconscious that is projecting outward and superseding the strength and level of my boundary?

Another situation relating to boundary is the space I set between my body and the coronavirus.  I don’t think I should set the boundary, if I already have the belief that it is not part of my reality, because setting boundary implies that I think it will come into my life which then contravenes and weakens my belief.  However, my boundary was in response to people around me who said, “Oh you would get the virus if you don’t do this and that …”  That sort of comments, even if they were said with good-intention, has the effect of a curse, because the energy that is carried in the comment is fear, ill-fate, negativities, etc.  Black magic isn’t restricted to magicians, it’s something that everyone can do. So while I have a certain belief relating to the virus, I have a separate boundary relating to curses, because every time when I hear those curses, I can feel my belief wobbles, eroding in strength. I suppose I can either strengthen my belief, or I set boundary, but I think the former is a better (more consistent) choice.

Anyway, recently I have the opportunity to observe the effect of my boundary. I left John 3.0 on Sunday, and he started to feel ill that night, soon developing a series of symptoms the next day, and got tested positive.  I was physically very close to him, our heads being less than a foot apart that Sunday.  But I did not and am not experiencing any symptoms.

I’m wondering if it was possible that the virus entered him right after I left, perhaps even waiting on the outskirts of my boundary for the opportune moment to make an entry although that would be a bit too exaggerating, or if he had already picked up the virus even before I left but it didn’t enter my body because I did not assign a port of entry for it.  This reminds me of how Russia had closed its airspace and airplanes had to circumvent it.  I wonder if my boundary has the same effect on the virus—it can fly around me, just not in nor through me—I cannot be a carrier, because I was sitting in Patricia’s car for three hours on Sunday after leaving 3.0, both of us unmasked, and she was tested negative after 3.0 tested positive.

There is still a lot for me to learn.  Everything in the physical world originates from the non physical world, and my intrigue puts me on an adventure to be a blind girl groping and discovering the unseen world.