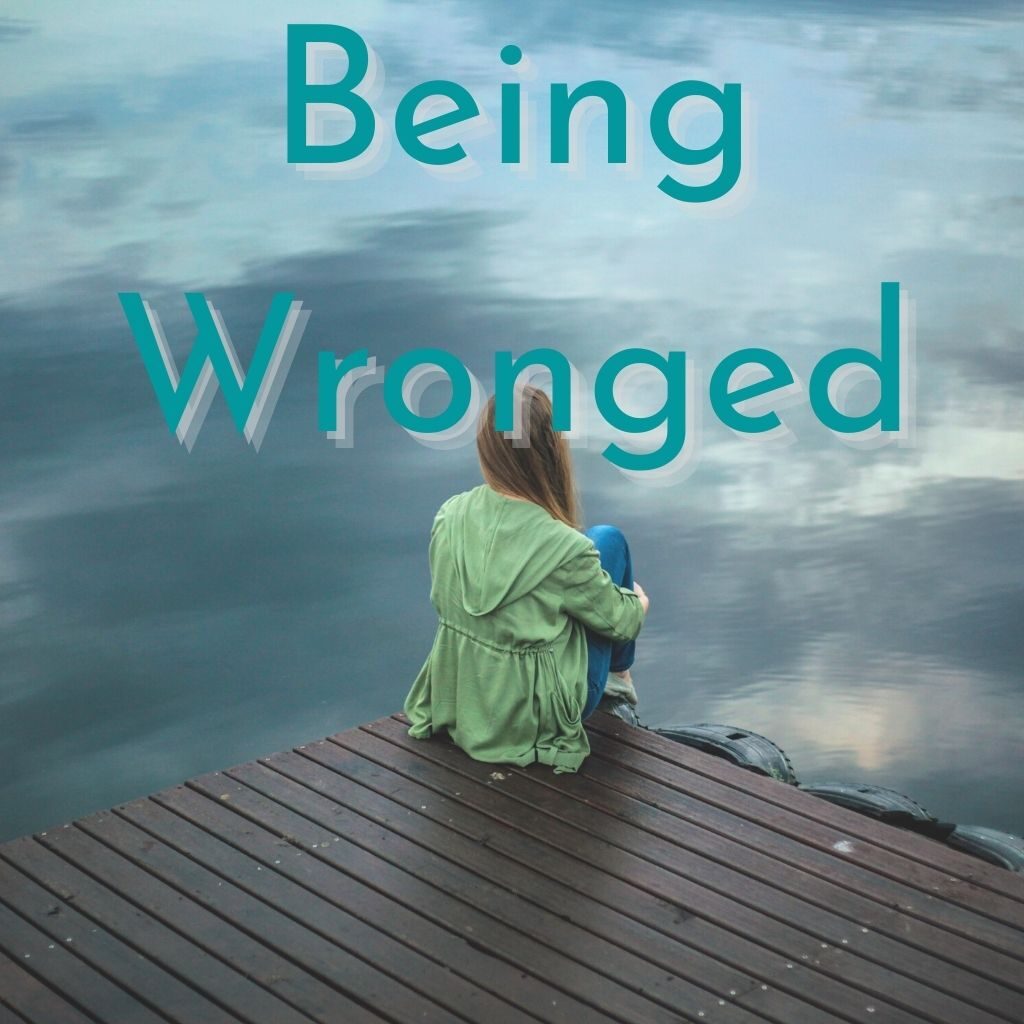 Similar to the last month when I was with my friend and living in her house, this time as I spent time with her, I experienced a type of injustice that left me feeling rather upset.

Last time when I was with her, she got into a car accident, and said that, “I have not been in an accident in over two decades.  Every time I got into one, it was because there was someone beside me.”  When her boyfriend heard that comment, he said, “Wow, you just threw your friend under the bus!”  She didn’t think anything wrong with it at all, as if she truly meant what she said, and perhaps in that moment, she honestly did feel that way.

But the thing was, I suppressed myself, not reacting to it, rather, I laughed about it, dismissing its hurtful effect on me, subordinating my own feelings to hers.  This is a pattern I had, and perhaps still have.  Because before and after that accident, I had received and continued to receive many similar comments from her with equal effect, and every single successive comment progressively hit me harder, and yet, in every single situation I tried even harder to suppress my feelings and dismiss her harmful comment.

I told my friend Andy about it, and he said dismissively, “Well, friends are supposed to have frictions.  It’s normal.”  Okay, that meant I should just let it go and not be mindful of it.  Hence the continuation of my long-held pattern.

Last night, something that she said really rubbed up against me.  And even in my sleep, my semi-asleep mind tried to process it in various ways.

Her comment this time wasn’t targeting me.  It was against her tenant John 3.0 who was tested positive for covid and she became extremely stressed and emotional.  She phoned me many times.  I could sense her urgency and panic even before I picked up the phone, so I tried to assuage her worry, but only in vain.

Obviously I am in a very different psychological (hence physical) position than her.  From my vantage point, as I have written in several previous posts, that I don’t believe in the virus and that I am neutral to the virus and its interactions with other humans, so my responses to her emotional reaction were, “What is your concern?”  “What is your fear?”  “What do you want?”

Vibrationally, I didn’t resonate with her at all, but since she kept on phoning me, I could only respond by being polite, neutral, consoling (which had zero effect on her), etc.  But I was irked that I had to continually tweak my responses to whatever could suit her reception, because I have very strong aversion to people who don’t accept me for being myself.  I mean, if she doesn’t want to hear what I have to say, then don’t call me!  Why called me and then expected me to say what she wanted to hear, which I honestly could not figure out what exactly that was.  And when I tried to figure out why exactly she couldn’t just go home and segregate herself from 3.0, she almost blew up in my face.

Note that, if I were to initiate the contact and she exploded emotionally, I could understand that I was more to blame.  But it was her who contacted me, and frantically so.  I felt dragged into her drama, and this time, I felt terribly wronged and aggrieved!  Of course I could just ignore her calls.  But I thought I should at least act in a somewhat civil manner, considering that we are friends.

After I had the clarity of mind to release some pent-up emotions associated with feeling wronged, I then released my suppression, and then came to see that I had this pattern because this was exactly how I was treated by my elders in my childhood.

As a child, I was obliged to shut up while the others blamed me for their problems, blamed me for not helping them fix their problems, and I was not allowed to express nor assert myself, as if my existence was for others to vent their anger at me and my obligation was to happily receive them.  If I failed to take up that implicit role of an emotional garbage can, they would attack me even more, until I was completely and quietly under their submission.  And they considered this form of treatment as their way of loving me, hence expecting me to appreciate and be grateful to them.

Unbeknownst to me, I hold a lot of hatred and resentment against this.  And Patricia kept activating this pattern within me, yet I did not have the clarity to realize it until she made a comment about 3.0.  She said, “I am annoyed that he didn’t go back to his parents’ house.  Now I can’t go back to my house because of him.”

She lives in a house so big that we had to communicate through text messages, and sometimes phone calls within the same house.  Even without his infection, they were already quite physically distanced, as she rarely talked to him.  And yet, she chose to make such a big deal about it when he had every right to be there, when there was no law protecting her as a landlord in the case that her tenant was infected, and she herself had made the choice to rent out her living space, hence by receiving the reward of a rental income she also had the responsibility to let him use the space.

Both the reward and the responsibility are supposed to go hand in hand, but it seems that in her mind, she has the right to the reward without needing to exercise her responsibility if it doesn’t suit her.  That’s like saying you go to buy something, you take the goods but you don’t pay because you don’t feel like it.

Similar to last time when I was pulled into her drama when she got into the accident, this time I felt that even though the problem is external to me, there is actually a lesson in it for me: acknowledging an unconscious pattern in order to release and heal from it.