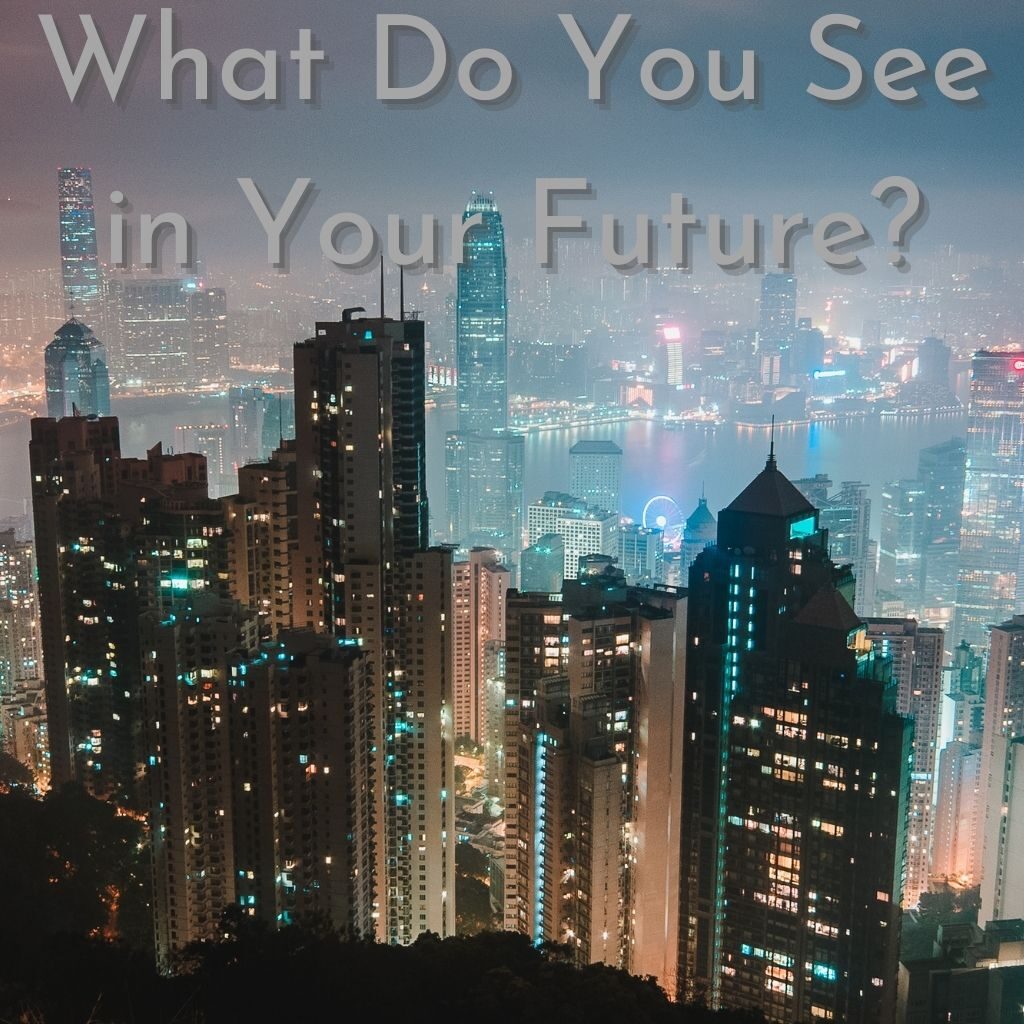 What Do You See in Your Future?

One day, when I was about to use the toilet, there was a spider in the water.  I asked him to come out.  He walked to the side of the toilet, but he didn’t climb up and out of the toilet.  As I continued to watch him, I thought perhaps he was unable to get himself out.  So I looked for something that I could use to scoop him up, but I didn’t have anything, and in the end I only grabbed a pen that I had in my purse.  I was hoping that he would climb onto the pen and then I could carry him out of the toilet.  I was not inclined to grab him with my bare fingers.

It turned out that he was not eager to stand on my pen.  I coaxed him for a long time, mostly in vain, and in the end, I became a bit more forceful, since I urgently needed to use the toilet.  I pushed the pen closer toward his legs.  He avoided the pen, but stayed exactly where he was.  I think his shoes were losing traction, so he couldn’t climb any higher.

At one point he bent his legs close to himself, as if he was curling up and about to die from the neurotic abuse of a crazy human. I managed to get his body onto the pen, and then transported him into the bath tub.  There he stayed unmoved.  I wasn’t sure if he was dead or alive.

Later, I went upstairs and my friend Patricia asked me who I was talking to.  I said I didn’t talk to anyone.  She said she came downstairs to look for me but heard me talking, so she left me alone.  Then I said, “Oh, it must have been the spider.”

I told her the story above, and I said, “Isn’t it sad that I tried to rescue him from the toilet, only to end up killing him through my clumsiness?”  I felt sad for the spider.  Who would want to be treated like that?

The next morning, I checked the bath tub.  He didn’t seem to have moved an inch.  However, he was no longer cowering.  Instead, he was standing on his legs.  Looking strong, though very much like a statue.  I was not 100% sure that he was alive.  Maybe he wanted to die in dignity, hence that posture.

Later in the evening, when we returned home from work, and I again checked the bath tub.  Wow!  He moved five inches from his previous position!  I was so glad that he didn’t die because of me, and I was grateful that he chose not to die because of me!

I went upstairs to look for some paper.  I found a useless envelope on Patricia’s desk.  I used that envelope to scoop the spider.  He tried to run.  But I managed to keep him and the envelope together, as I did not want to touch him with my bare hands.

So with the envelope as his red carpet, I opened the front door, and released him out into the front lawn.  I dropped him at an elevation of about six feet off the ground.  I am guessing he could land on his eight feet like Spiderman?

A few days later, I saw a Facebook posting by a friend who said she had a spider in her house.  She documented in such great detail as to what the spider was doing (nothing), and yet, she didn’t make any attempt to remove it.  I couldn’t understand why, or what’s going on in her head.  So I commented, “I transported a spider from the toilet to outside.  You don’t want to move yours?”

“Oh, I didn’t think of that option,” she replied.

In that moment, I thought of the concept of blankness that the teacher Jian Xiang Ting has talked extensively about, and a concept that I came to understand and write about only recently.

I am differentiating the two experiences because they require slightly different treatments.  When you are stuck, you most likely know that you are.  But when you are blank, like my friend who posted on Facebook, she did not know that she was blank.  A person who experiences this type of blankness simply does not see, perceive, feel, know, etc.  She does not know that she is trapped in her blindness.  Even when the world is full of possibilities, she simply cannot see any of it!  This is totally different from when you feel that you are stuck or trapped, because if you have that cognition, you know that you are supposed to be outside of the trap.

The reason I am revisiting this concept of blankness is that a big part of my recent lecture is about walking out of blankness.

When you look into your future, do you see a life full of unlimited possibilities?  Or are you feeling that you don’t know where you can go from here, and what you can do in your next steps?

The universe is limitless. We are a part of the universe. Our lives are therefore full of limitless choices and possibilities.

When you feel that there is no other road ahead of you, it does not mean that there is none, it only means that you are not seeing it. When you go into your psychological space to feel, believe, and know that there are more than one option waiting for you, and that each one is better than the last one that you saw, you will gradually walk out of your blankness and into a life that is expansive and better than you can ever imagine!