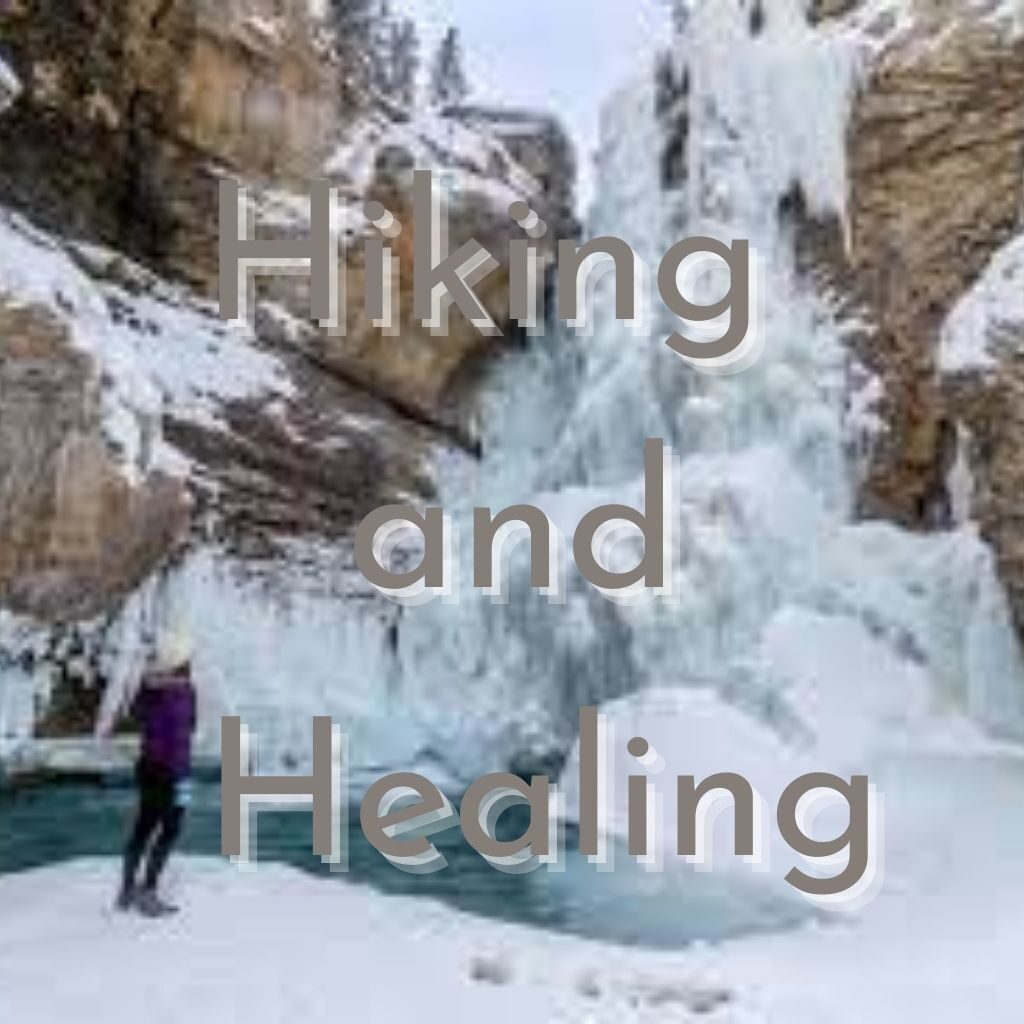 I went to Johnston Canyon yesterday.  This was my second visit.  Aside from already knowing that it was a scenic hike, I did not know what else would be different between this second hike and my first hike.

At the beginning, I was just looking at the scenery like usual.  Then later, I remembered to tune in to my spine, to connect with universal energy, while I was moving.

Soon, the hike became more challenging.  Some parts of the trail were extremely slippery (icy) and slopy.  I didn’t have any problem with flat surface that was icy, but my shoes and midcleats were not enough to grip the inclined ground, which required both the toes and heels to come into full contact with the ground in order to achieve stability.  So I had to be more careful and mindful with inclined surfaces.

But later on, I realized, my attention had come out from my spine.  This was a short distance, from inner to outer.  But still, the difference in that short distance was huge.  When it was inside, I felt stability and assurance, and my rhythm and pace were also steadier and smoother and slower.  But when it was outside, I felt worried and doubtful, and my rhythm and pace were erratic and faster.

Actually, it would be more accurate to say that it was due to my fear and worry that my attention popped out, meaning that the cause and effect were reverse.

Then I tried to re-enter my body, to my axis, but realized that I couldn’t stay in there for long.  My attention kept popping out.  My fear was stronger than my intention to stay inside.

I’m not sure if it was because my shoes simply did not have grip, or that I simply had too much fear and doubt to begin with.  It seemed as if I would not have bought this pair of shoes, if I didn’t have those negative energies in me to begin with.  So even though I tried to emanate positive energy from my axis outward in that moment, the positive energy was not able to override the inherent vibrations of my shoes.  It was however, enough to shift me to a stabler gait, which helped a little bit with stability and grip.

But there was another factor affecting me.  My friend was operating at a higher speed than me.  So I was forever catching up to her.  I could just let her go on her own pace and I go on mine, but I didn’t want her to wait for me, and she didn’t want to leave me too far behind, so in that way, we two were tied together energetically.  How could you tie two objects with different rhythms together?

I was aware that she was one of my problems, or more specifically, I allowed her to be one of my problems.  I didn’t have the opportunity to go further in on this realization, as my fear hijacked my attention for the most part of the hike.  There were a couple points in the hike where my fear intensified to the extent that I thought that I would roll down the hill or somehow slide off the trail into the abyss.  And I would mentally pull my thought at its tail, to retrieve it from entering the ether, to retract it from its projection, and then to delete it.  Whenever I sense that my negative thoughts are projecting outward, I make sure that they do not land or stay in the ether, that they do not have the opportunity to grow and manifest in physicality.

So during yesterday’s hike, I realized that the fastest way to train one to observe and manage one’s thoughts and fears is to go on a treacherous hike.  Because it’s a moment-to-moment manifestation.  If in this moment I have fears, and I allow the fears free rein, they will manifest very quickly, as unstable steps, and if the intensity is high enough, as an accident or a fall.

I thought I could manage to avoid a fall, but I didn’t.  In fact, I fell twice.  My friend didn’t fall.

The lesson for me was surprisingly hard!  Because between the moment that I had certainty that I would be safe and the moment that I slipped, the gap was less than a second.  Honestly!  It’s not like I sent out a thousand thoughts of fear, and then eventually those thoughts manifested as a fall.

I’m trying to re-enter both instances right before I fell.

In the first instance, my attention was shifted toward a tree trunk, as I intended to grab the trunk for stability.  And in that split second, I slipped, not so much because my attention was not on the ground, but because the action of grabbing the trunk came from a place of fear, and from the thought of ‘I would fall if I did not grab the tree.’  So before I managed to grab it, I fell.  I know that my rate of manifestation is very fast sometimes, because there’s less and less noise in my fields, so between the moment that a thought arises and the moment of its manifestation, that duration gets shorter.

In the second instance, as I try several times to re-enter it, I find that I can’t easily return to the same spot, because it’s so fleeting, but eventually I manage to find the thought right before I fell: ‘Oh, she’s so far ahead of me already, I better hurry up!’  Then I ended up with my butts on the ground, and slid downhill.

After the thought flew out of my mind, I did not retract it, because I didn’t think it needed editing at all.  So I rushed, and immediately I fell.

I can’t see what’s wrong with that thought, so I go down another layer.  What’s the energy behind this thought?  Fear of being left behind?  No, for me, it was the fear of not being good enough, or fast enough. Fear that someone has no patience for me, and then get upset at me for being too slow and too cumbersome, because that’s exactly how my mother treated me.

As you can see, one hike can easily pull out a dozen different psychological wounds.  I have marked down a couple points in this article that I want to further explore, after posting this article. In every corner that we turn, we can find whatever it is that we want, be it the simple excitement of a hike, or the deeper meaning of a wound.