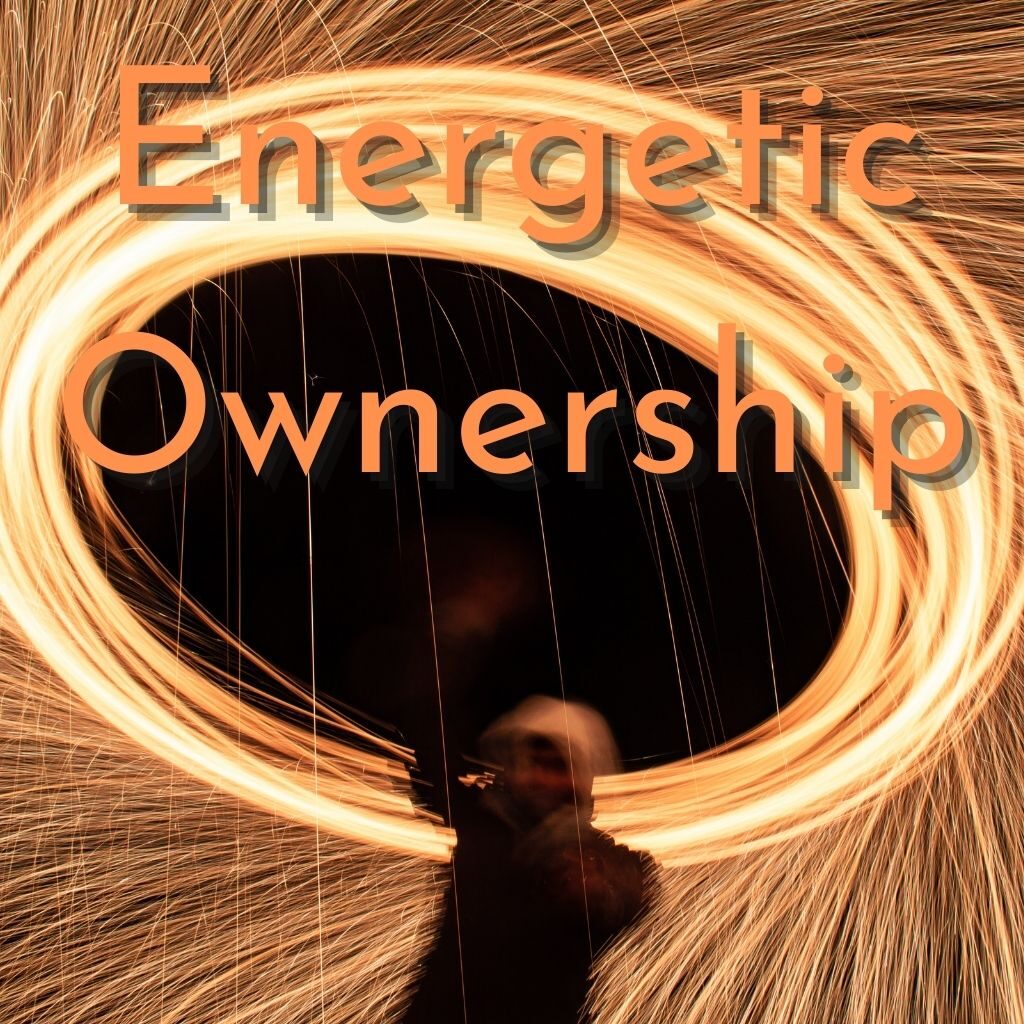 I want to explore a little bit more about energetic ownership, or the ownership of a situation, object, relationship, etc., at the energy level.

For example, if there is a social function, and you want to speak to the organizer or whoever is responsible for hosting the event, sometimes it may not be the official organizer–the person who is officially taking care of the event–maybe you will end up speaking to the assistant or someone else.

Another example, if a supplier wants to contact your company, who does it speak to?  The person in the company who owns the relationship?  Or depending on the nature of its inquiry and talk to different people in the company?

So between two things, there is an energetic link.  If it is two people, then it is very obvious who and who are holding the energetic connection.  But if it is between two separate organizations, or between an object and an organization, then I find that there are times when no one owns the relationship on at least one end.  Orphaned and neglected.

The reason I came to this topic was because of my condo games room.  Previously, I tried to get it reopened.  Then I tried to set some kind of an energetic boundary such that those who use the space do not damage nor dirty it unnecessarily.  Now … a few days ago, before I left my city, I logged a request to get a couple things in the games room taken care of.

I am privately amused by this strange line of development in the games room.  Firstly, I used to have the mentality that it’s not my responsibility to take care of a public space, that I only had a right of use but no responsibility attached to that right aside from paying my condo fee.  However, I observed the two Chinese ping pong players.  They would bring the coat hanger into the games room, for everybody to use.  They would repair the net of the ping pong table.  And they are the only ones who have a separate pair of indoor shoes specifically for use in the games room.  As I observe their interactions with the space, I find that they have a different relationship with it.  They treat it as theirs, meaning that they would take care of it; or more specifically, there is both a right and a responsibility in that relationship.  Other users only see that they have a right but no responsibility to it.

This observation was crucial for me in my attempt to set an energetic boundary for it.  Even though I only posted one thought, and the thought was only one sentence, yet, I felt that I had mucked it up big time!  But it’s okay; everything is free materials for my personal evolution.

I didn’t edit or remove my boundary.  I simply observed its physical effects.  And it was in that process of observation that I came to this understanding of energetic ownership.  I suspect I might have assumed the ownership of the games room lately.

What happened was that the temperature of the games room was trending downward, over the span of perhaps a week or so, from the normal range of about 68°F, down to about 58°F for a few days, then to 52°F one night, then to 48°F the next morning.  Part of the reason that I was so concerned about the temperature was that I had invited LJ over.  It’s like inviting a guest over to your house, and you set your room temperature at 48°F; wouldn’t you worry if your guest would want to stay or not?  I would most likely still do something if I did not invite a guest over, but I might not have the urge to deal with it right away.  But because someone was coming over, that issue instantly climbed to the top of my priority list.

Since I had to report the problem, I might as well report another problem which I had put aside because it was very low on my urgency list.  That problem was the pool table being not level, causing the balls to roll to one side.  I had previously asked John 1.0 to help me adjust it, but his first response was, “It’s not our job.”

“But we are the ones who use it, so it would be in our interest to fix it.”

He somehow thought that my logic made sense, but argued that it was too heavy for us to lift it.  In any case, his objective was not to be bothered with it, even though he was the one who would use it more than I did.  So okay, neither of us did anything, nor did any of the rest of the people at the condo complex.

So it had been like that for the last little while.  Every day I watched the development—none.  I was amazed that people could live like that—the problem is staring at you straight in the face, and you can still go on as if nothing is happening.

Okay, fine.  I hadn’t been playing pool lately, so I also didn’t care.  But I intended to deal with it later, because I planned to eventually get back to playing pool, once my shoulders are better.  So if everyone wants me to deal with it, I will, but on my own time, whenever I am ready to, while in the meantime everyone continues to use it.

1.0 will be out of the country at the end of the month for an indefinite period of time, and I plan to have it leveled by then.  The universe seems to have read my thought, because after I logged my request, the condo board said that they would get the pool company to come in, but it might take a week or so.  Okay, that will be near the end of the month.  Perfect timing!

Through this series of experiences, I sense that the games room needs an owner, not a legal owner, but an energetic owner.  But because my ownership or leadership energy wasn’t that great, I had thought of grafting the ownership by transferring the energetic center or axis to the Chinese players, as they seemed to have the intention to care for the space.  But I didn’t.  I didn’t want to edit anything, for fear of mucking it up.

I am coming to see that the wellbeing of an object, animal, event, relationship, etc., is the reflection of the energy of the owner.  Like the plants of a house would naturally take on the house owner’s energy.  So I think I will need to step up a little bit more in my ownership ability in order to take care of those around me.