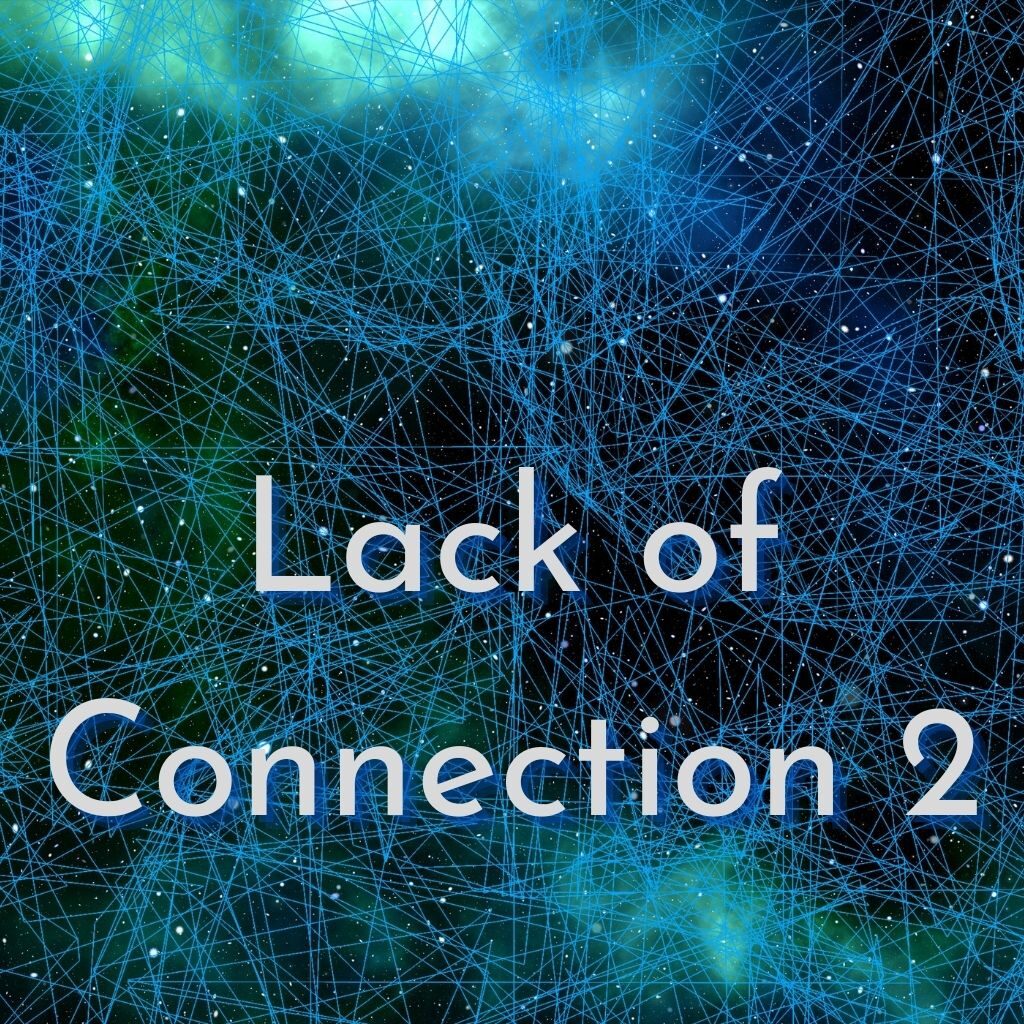 Last night as I was doing a meditation guided by the teacher on healing connection issues, the audio file on Google Drive suddenly stopped playing.

In the process of healing a connection issue I experienced a disconnection.  Oh my frigging god!

This time, I did more healing on disconnection, though not so voluntarily.

Previously, I had thought that I should use the time in the morning when I do my acupuncture to also simultaneously do energetic healing, but that would require me to tune in, to focus on reading my internal landscape, which is not how I usually do my inner perception.  I tend to do it while my focus is on something external, while I am doing something, while I am on the move, etc.  I can’t set a quiet time to tune in, to stay entirely inside for a length of time.  That’s why I can’t do meditation.  But I thought of combining acupuncture and inner perception together in one sitting to increase efficiency.

Then this morning, my internet continued to be unavailable.  Okay, so I found myself to be in a situation where I had no video nor audio files to play while I was doing acupuncture.  Hence, I tuned in.  Not only that, I tuned in specifically to the lack of internet connection issue!

Talk about guided meditation!  Even the theme was decided for me.  There is no accident nor coincidence in this world.  That lack of connection theme was activating in me, manifesting that situation, and it’s a typical “side effect” of doing healing—the exact problem you’re trying to heal is dramatizing itself in its fullest colors, when you expect it to quiet down. It’s like trying to edit a video, and that video keeps morphing and changing in all kinds of ways, and you keep editing it until it becomes the result you want.

While tuning in, I listened to all the psychological and neurological activities that were happening, one after another.  After I finished acupuncture, still no internet.  I went to the games room to play ping pong.

A different physical space, a different trigger.  The thoughts and emotions that popped up were less related to internet, and more related to John 1.0.

While at the games room, I was messaging Amjad.  He told me to phone my internet provider.  Oh, that suggestion itself triggered more reactions.  Hence more healing.

When I got back to my condo suite, there was still no internet connection.  But I didn’t want to phone the provider.  Instead, I decided to hit the reset button on the modem.  Previously, I would just unplug and re-plug the electrical cord of the modem, and it would reset.  I would prefer not to hit the reset button because it was a bit more troublesome—me having to find a pin.  But today, I tried that approach, after the other one failed.

I used a pin and poked the reset hole a few times.  I was expecting to feel a depression or a click or something, but it felt like I was poking a rock.  So I ended up poking perhaps ten times, trying to get a tactile response.  The reason I stopped poking was that I saw the lights of the modem blinked.  If I didn’t see them blink, I might have continued to poke another ten times!

Strange.  Previously unplugging and re-plugging would have achieved the same effect.

The value of today’s episode obviously is not in getting internet connection, but in creating the physical atmosphere necessary to bring me into a psychological state where I would be more perceptive in reading the underlying thoughts, emotions, beliefs, imprints, etc., that created my connection issues with the rest of the world.  The outer world is a reflection of the inner world.

I’ve gradually been making progress on this theme. After my previous efforts in doing the guided meditation on healing connection issue, I was able to feel a shift in connection with the outer world.  For example, yesterday when NN asked me to drive him to pick up his car at an auto shop, he suggested that I went with him into the shop, instead of just dropping him off and left.  I thought that was strange, but later realized that there was a lesson there for me.

In addition to being the bridge between him and the mechanic, I was also borrowing his car problem as another physical situation for me to heal some other psychological issues within me, which was similar to using Patricia’s car accident to illuminate certain issues within me.

Yesterday, NN didn’t seem to hear a thing that the mechanic kept trying to communicate with him, then complained that the mechanic didn’t do what was expected. I think he could have avoided his frustration, anger, and misery if he had listened.

Listening is connecting. Not connecting is sometimes a refusal or inability to listen. The reasons are the things we need to heal.

Funnily, the mechanic appreciated talking to me instead.  That was feedback from the universe telling me that there was an improvement in my connection.  It’s just that I still got a long way to go!