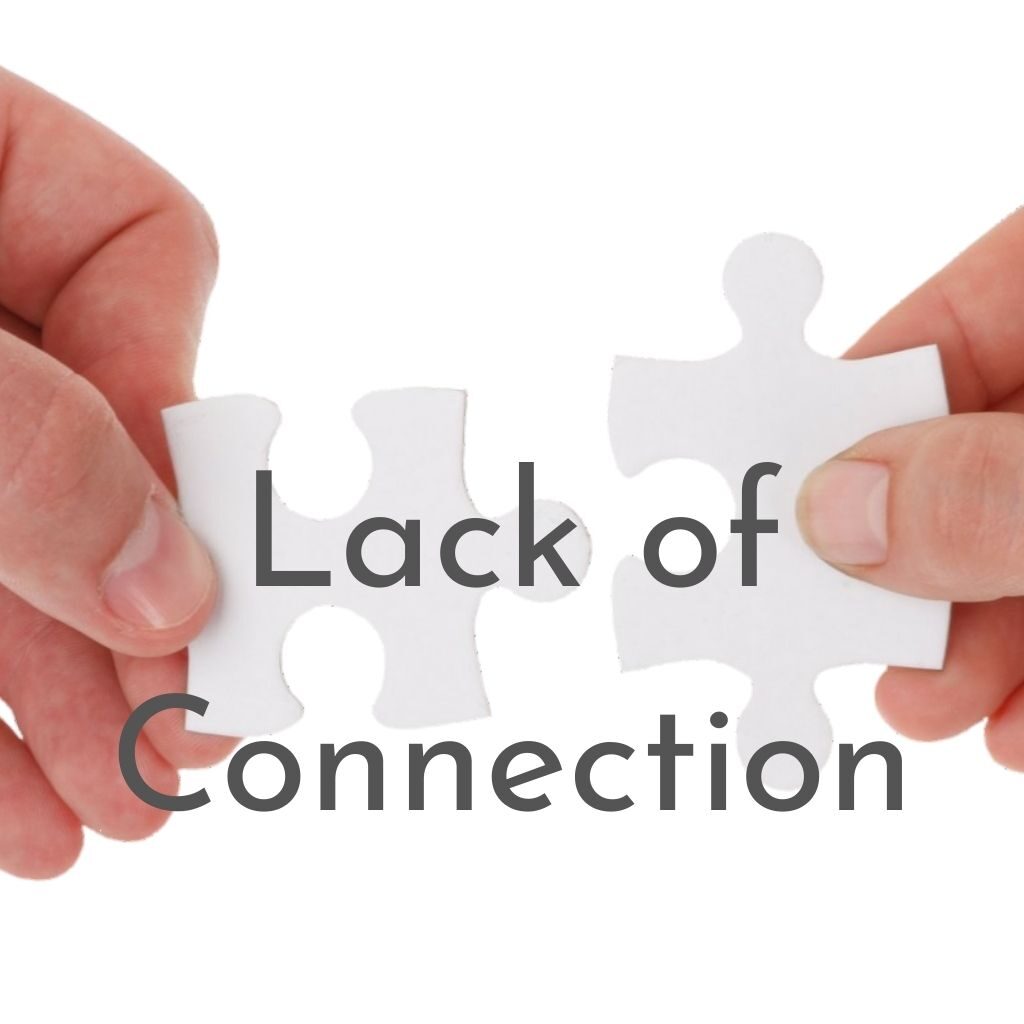 An inspiring example of lack in one of the recent lectures reminds me of my human connection issue.  The Taiwanese lecturer illustrated how a person could be operating in and reinforcing the lack mentality.  Let’s say, you go to the grocery store to buy a bunch of parsley, but by the time you arrive, there is no more parsley left.  Then when you go out to have dinner with your friends, everybody’s order looks so delicious, but your order is lost or forgotten or when it comes, it looks too small or tastes disappointing.  Then when you get to the office and try to get a cup of coffee, the coffee machine breaks down or runs out of coffee, so everyone else has coffee or something else to drink except you.

These are all situations of lack.  When I hear this series of examples, I am immediately reminded of my connection issue.

This long distance course comes with some supplemental course materials that the lecturer decides to share to the class.  She says she will post the materials in a “group”.  But I have no idea where that group is.  Even as every one else is posting comments to the group during the lectures, I have no access to those comments.  That is something I noticed at the very beginning of listening to her lectures.  At first I thought, ‘Well, I will just let it be.  Don’t fuss about it.’  Then as I heard that there were more and more materials or comments that I was missing, I reconsidered my initial thought.  Hesitation.  Then a few days later, I emailed the course administrator.  To my surprise, her reply was, “The teacher has not posted any materials yet.”

Oh?  But still, I would need to have access to the group right?  Instead of just telling me that I didn’t miss out on anything.

Okay, fine.  Since what I got was a denial, then I just walked away from it.

I continued to listen to the course, and discovered more class sharings that I had no access to.  And I kept telling myself, ‘Okay, fine.’

It wasn’t truly fine, but it was something that I had to make do with.  There were some repressed emotions behind it.  Avoidance of the emotions and wound is my coping method.

Another situation where I experienced disconnection was when I went to the space science center with a couple of friends and a couple of kids.  The younger one, at three years old, was very clearly rejecting me.  She wouldn’t talk to me even when her father placed her in front of me, and told her to say ‘hello auntie.’

As we eyed each other awkwardly, waiting for her to speak, I held out my hand to touch hers, which showed no response.  When I said hello to her, she also did not say anything.  Yet, her father insisted that she greeted me, so the silent moment was awkward for both of us.

Later, we went to sit in the cafeteria.  She was clearly upset, not sure with what.  And when I looked her in the eye, she got even more upset.  My friend had to tell me, at least twice, “Don’t look at her!”

What kind of a parenting style is that?  When the kid is upset, you don’t give her attention so that she can feel better?

Anyway, later, she returned to a better mood.  At that point, I was already content to ignore her.  My friend asked her if she would like to share her popcorn with me.  She thought for a few seconds, and picked up a piece of popcorn and extended her hand toward me.  I took that as a yes, and extended my hand to accept her popcorn.

I wasn’t too keen on the popcorn, but since she kept giving them to me, in a very regular rhythm–one for her, one for me–so I kept eating and thanking her.  She didn’t say anything, but I think she was content with the exchange.

Later, when we were in the immersive gallery, the kids were running around and I just looked at them while my friends played with them.  I was fully aware of my lack of interaction with them, but I did not know how to connect.  Near the end, as we were about to leave, I held out my hand to her.  This would be the third time or so that I offered her my hand.  I wasn’t expecting much, but she did take my hand this time!  So we walked hand in hand, and her mother was so thrilled to see that!

I didn’t say anything to her.  But when her hand was in mine, I did not guide or lead her.  It was the other way around.  She took me wherever she wanted to go and I followed.  Then my friends hollered to us, to tell me that we had to go.  So I had to gently guide her in the opposite direction.  That’s when I had to exert some force.  But it was still just a light nudge.  Luckily she gave no resistance.

But strangely, I had a very stubborn restraint or resistance to be assertive and expressive. Even toward a little kid, I would not assert myself.

We didn’t talk.  We coordinated ourselves only through physical movements.  That’s perhaps my level of human connection for now.

There is a lot more other wounds interweaved into my connection issue.  Maybe a lack of attention.  For sure there is also my fear of reaching out, of being ridiculed for doing anything that may be deemed weird or unwelcomed.  And also my lack of neurological conditioning to being warmly received when I reach out.

Connection is a wound that I have been healing for years. Maybe with the guidance of the course I can make more progress.