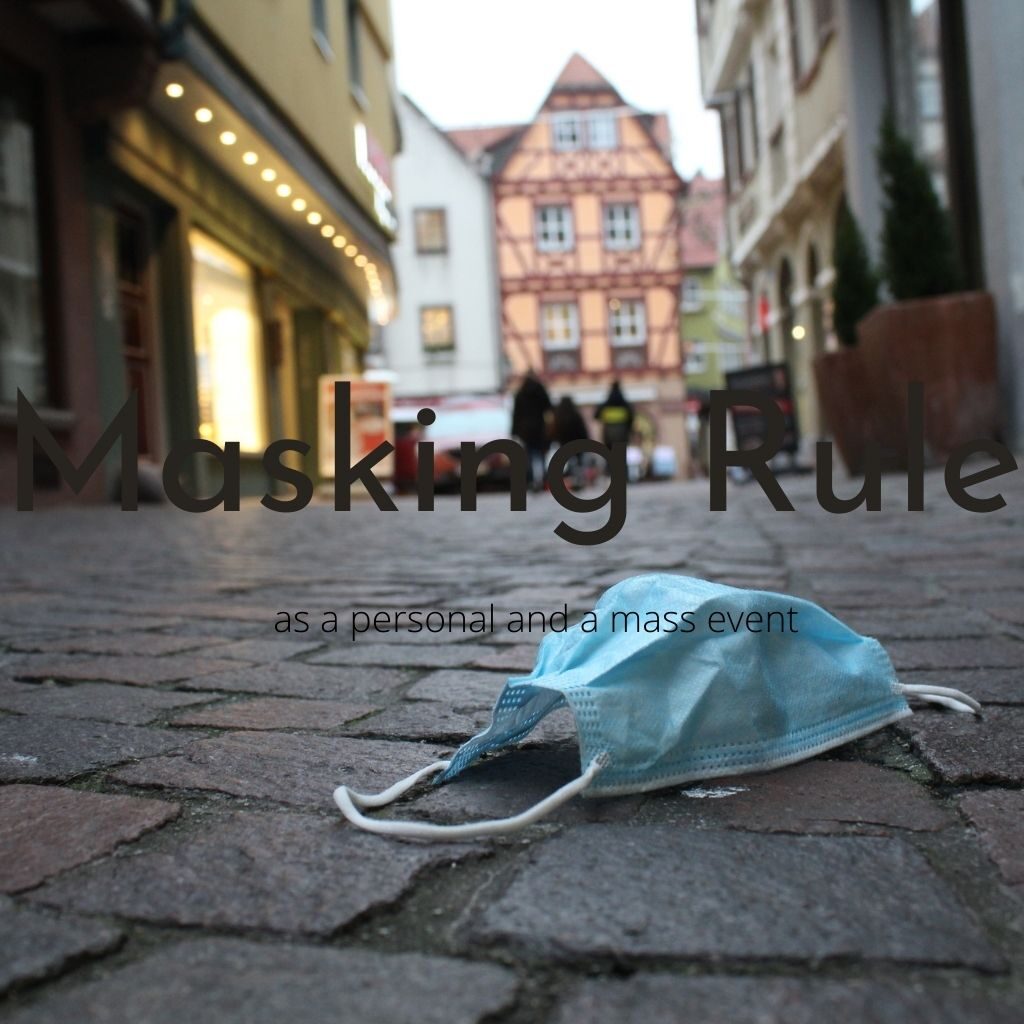 I am highly enthused!

The premier had previously scheduled to remove the masking rules in phase 2 of his plan to remove all covid restrictions.  However, not all municipalities had to comply with provincial rules.  Some municipalities, such as the one that I reside in, set up their own city bylaws to require masking.

The first time I saw the news about my city mayor’s intention to continue to require masking, I wasn’t in the mood to deal with it, nor did I know how to deal with it.  Also because I was confident that even if I did nothing, it would eventually be lifted, perhaps it would take a bit longer, but it was an eventuality.  So in that sense, there was no real need to meddle.  Just wait and let things take their natural course.

Now that I look back to what I did with the vaccine passport requirement, I see that I applied quite a bit of force in the ether.  Even when I subsequently I went into Framework 2 (Seth’s idea of Framework 2 is all the energetics, including the human souls, that come together to bring about events in physicality), that endeavor still had quite a bit of force instilled in it.  For the kind of healing that I do now, use of force is not ideal.

This time around, with the city mayor again in my way, I didn’t want to energetically push him, because I didn’t want to play with force and counterforce.  And in truth, I really didn’t mind the mask as much, because for the most part, it didn’t limit my freedom.  Except … none of the residents of my condo complex could access the games room of our condo gym, because there were some city bylaws that restricted indoor interactive games such as dancing, darts, billiards.  Truthfully, I have less desire to use the games room nowadays, because my attention has been significantly shifted elsewhere.  However, as I assess my recent activities, I feel the need to return to the games room, to practice my skill at billiards.  I imagine it is going to be very rusty.  And I want to use the pool table to do some inner observation, to trace the energy flow from the mental level, through the neurological network, to the musculoskeletal system, to effect the balls on the pool table.  Ah, I have just generated a desire!

Last weekend, as March 1 was approaching and there was no news of a change of mind from the city mayor or any intervention from the province premier, I started to think, maybe I needed to do something to remove the masking rule at the municipal level.  I only pinged the premier lightly in the ether, to get him to step in.

Then nothing happened yesterday, Monday.  I thought, ‘Okay.  I can accept that result.’  The result highlighted in me a sense of lack—lacking the freedom to use the games room whenever I feel like it.  I sat with that feeling of lack.  The lack didn’t bother me, however, the fact that nothing happened the way I wanted it to did bother me.  Arrogance?  Control?  I sat with that.  Block to my desire.  Hence, disappointment.  Between desire and disappointment, I swung back and forth psychologically.  The swing was a bit strong because I was thinking of the city mayor, and thought, ‘What a bastard!  This is the second time he’s in my way!’  As you can see, I had a lot of work to do within myself.  So by sitting with my feeling, I stopped the swing, and returned to a position of peace and neutrality.

The instructor for my course said, as soon as you look at the energetics behind the physical event, you are already balancing it, because your awareness of it means that the energy is touched.  Once it is balanced, not only will the event stopped manifesting, it would make a U turn!  This is the reason she repeatedly emphasizes returning to core essence, to stillness, to balance, to connect deeply to our inner self and the cosmos.  Because only from that position can we manufacture all the good things.  So only from that position will things shift from the root up.  And the shift would be so swift and abrupt that it would leave you in awe of the universe!  This is why I am so intrigued and invested in this type of healing.

However, there are other questions in my head that I don’t have answers to yet.  For example, in a city of roughly a million people, am I the only one who is manifesting this masking rule, that this rule is only inconveniencing me and not anyone else?  If not, then why doesn’t someone else remove it instead?  If there is the resistance from the mayor, it means that there is a significant percentage of the population who actually wants the restriction.  Is it possible that the restriction comes from a place of positivity?  Using it to ensure health safety is not a rationale born out of positivity, as I have explained in a previous post.

I understand a little bit about mass reality, but not enough to understand what role I play in it.  I feel that I am one of the few humans who is consciously asserting her intention and power in the mass event, while most individuals accept it as something that they have no control over, no power over, that they cannot do anything about other than protest or argue, which really is moot in my opinion, as it completely disregards the underlying energies that bring about the event.  In other words, you cannot effect an event if you don’t effect its root which lies at the etheric level.

I wasn’t sure if I had thoroughly balanced all the energies in me that were manifesting my lack of freedom, but seeing that the premier is going to use “force” against the mayor, I am guessing, I have at least addressed some of my energetic imbalances.  I am extremely grateful that he stepped in, but his forcefulness does make me wonder what exactly is going to happen …