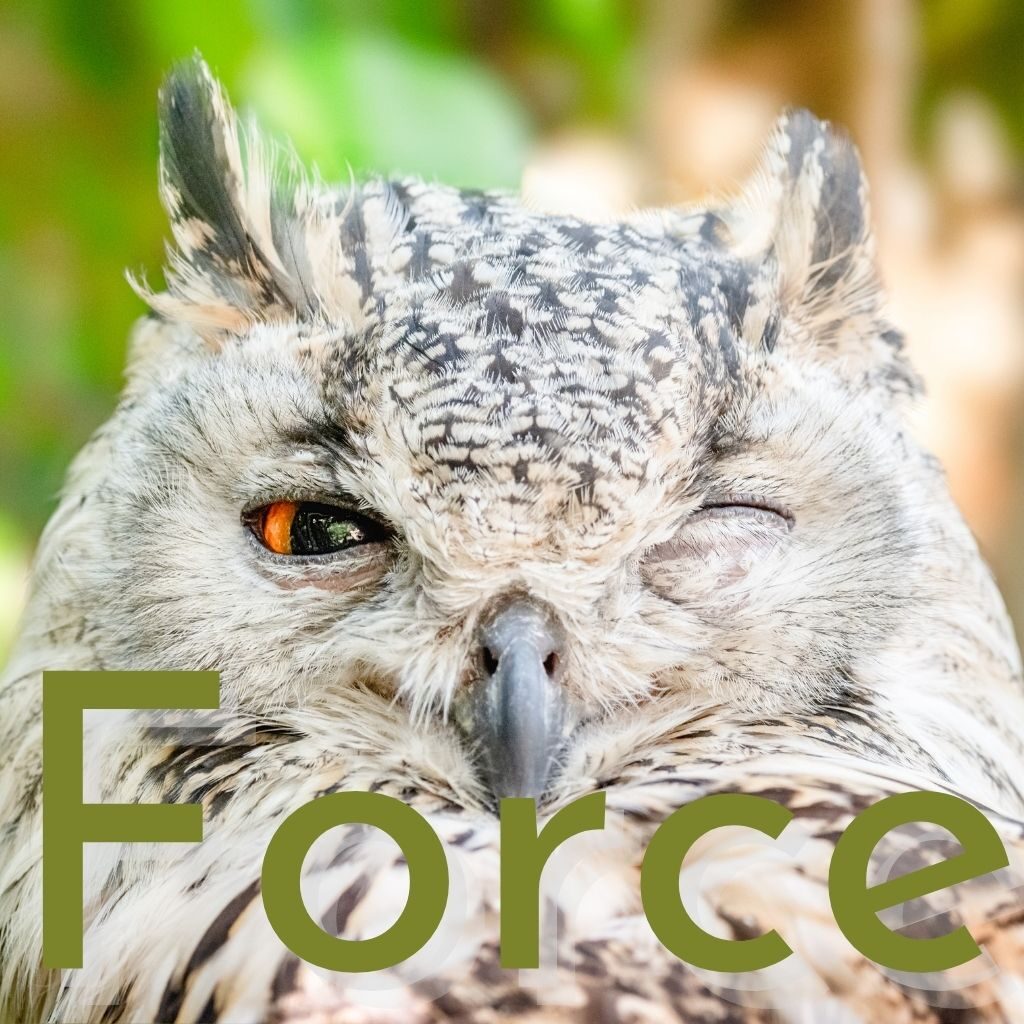 The lecturer in my Taiwanese course said, in order for her to set her intentions for this course, she had to clear herself multiple times before its creation.  I listened to that revelation at least three times, perhaps more than five times, before I fully understood what she meant.

When you set an intention, to do something, you are adding force into it.  Force in this case is the exertion of energy, not coercion.

When you apply a force to something, there will be a counterforce, meaning that it will bounce back at you.  Like a pendulum swing.  You push the pendulum to the right, it will swing back to the left.  Because our planet is designed with polarities, feminine and masculine, day and night, left and right, etc. The forces of the sun and moon act on our planet, to swing us back and forth between these two poles. And the gravitational force of Earth gives the swing strength.

In our psychological space, we want to come to a place of stillness and equilibrium, so that we can fully merge with the essence of the universe, receive cosmic nourishments (joy, zest, love, bliss, trust, acceptance, etc.), and connect to our inner self as well as to everything else.

I have posted three articles on the subject of doing, which is the act of applying force to something.  It differs from being in the sense that being is simply be.  We can simply be ourselves and things will still be done.  It’s not a matter of action or inaction, which is simply the physical result, but a matter of whether we are applying or refraining from applying force to do something, which is the process of bringing about the physical outcome.

As I listen to the course lecture more and more, I find that I have a lot more to heal with respect to doing than I had initially realized.  In a lot of my activities, there’s too much effort or force injected into them.  Those force are accompanied by a lot of emotions and thoughts.

For example, when I drive, I rush, due to my impatience or sometimes just competing with time and traffic to arrive on time.  When I study, I strain too much to grasp the information, because my mind wanders, stalls, searches for meanings, does somersaults when it’s supposed to absorb, etc.  When I heal, I also apply too much force, thinking why it isn’t working, what else do I still need to do, how else can I do it, etc.  When I cook, I try to be efficient, as the whole point of cooking is to get to the end result.

And if I fail in my attempt to do any of these things, or fail to do them a certain way, then a series of emotional reactions kick in.  Frustration.  Annoyance.  Anger.  Then a series of thoughts kick in.  And if that series of psychological activities fail to put me closer toward my goal, then the fixation escalates to the next level, with more emotional intensity and compulsiveness.

It is ironic, because when we have a problem and we want it resolved, we cannot add more force to it.  That would only escalate its severity.  In other words, we cannot react to it emotionally nor mentally.  We can only come back to ourselves, to return to a state of calm, stillness, stability, trust, confidence, etc.  It’s the opposite of trying to do anything, fix anything.  Instead, it’s about just looking at the problem, really stare into it, understand how it came about, tracing it from its physical manifested form all the way to its etheric seed, and then just stay there.  Stillness. Seeing. Knowing. Feeling.

One interesting psychological activity I have just gained cognizance of, is my doing in my dating activities.  Although the quality of my experience now is much improved than five months ago, I still detect my insecurities and sense of lack.  If I don’t get a reply message or don’t have an upcoming date, I would feel empty, and that would trigger me to do something.  So a lot of my actions come from a place of lack.  Lacking attention, lacking a date, lacking a prospect. Hence insecurities.

And that’s not all.  I am detecting other more complicated and nuanced garbage.

When I feel that I am losing the guy that I am interested in, like I don’t have the strength to hold on to the conversation anymore, as if the gap is too big for me to continue to close, I hear a voice repeatedly saying, “Forget it.”  Each time that voice came to me, I would stare at it, pause it, thinking, “No.  Don’t.”  That’s a force that I was applying every time I said no.

Then I would go behind that voice to see what it is.  Disinterest.  Emotional withdrawal.  Non-acceptance.  Disappointment.

But those are still just surficial ingredients.  Deeper down, I sense an emptiness or numbness, originating from my childhood, when I could not connect with my mother who was emotionally closed, I had no idea how to get her attention, because she disapproved of me being noisy or troublesome, so I had to be quiet and still, which meant that I could only sit there and pray for her to notice my emotional needs, which she never did, and so my mind would start a series of thoughts, wondering when was she going to look my way, would she get mad when she look at me, how else to get the attention I needed, how long did I have to stay like this, where was dad, etc.  Feeling a great sense of loss, disorientation, and mental blankness due to an inability to grapple with the situation.

Being locked in and stuck in that state is demobilizing and exhausting.  So there’s a need to exit.  That’s when I give up, saying, “Forget it.”

And that was not the end of it. I also sense that I was insignificant; that I was not entitled to love and attention; that whatever attention that might come my way, it might be in the form of reproach, disapproval, punishment, etc. So on the one hand I yearn for attention, on the other hand, I fear attention.

Psychological wound does not exist as an independent dot, but as a complicated chain linking multiple different wounds affecting many layers and areas of life. So the scan is not linear, but spatial, to capture the totality of the wound.

This type of healing is very interesting and intriguing. I am curious about what I will discover next, and what my life will evolve to become!