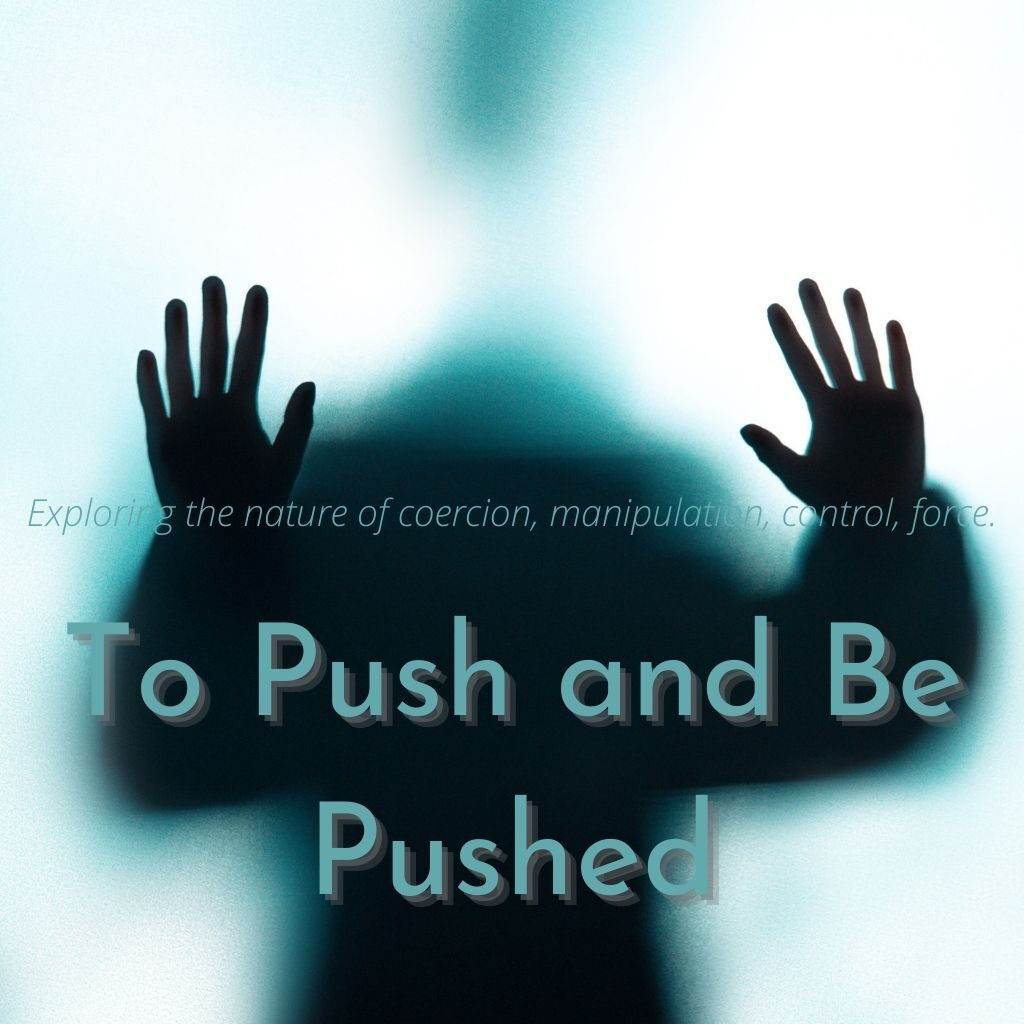 To Push and To Be Pushed

An interesting phone conversation with NN yesterday that left me amused and intrigued.  We talked about three main topics:  dog, vaccination, one night stand.  At the beginning, what I got out of the conversation was a foul flavor.  I felt really unpleasant about it, not sure if it was because of his fixation on the third topic, or whether he was planting the idea in me, or something else.  So I revisited that discussion later, mainly out of a sense of curiosity.

I was cleaning Phil Phil’s (my guinea pig’s) front yard and removing my kitchen sink drain pipe while talking to him.  Both activities had a high sense of foulness.  Both stank.

So when I psychologically scanned the origin of the lingering unpleasantness, with the objective of healing and clearing it, I included the physical landscape in my scan.  I couldn’t identify the seed of the foulness with 100% certainty, but as I was tapping onto the foulness, I cleared it energetically, using various methods.

Once that foulness was gone, I looked at the experience again.  I had greater mental clarity.  The first topic was a pleasant and happy one.  The second topic was intriguing in the sense that it had a hidden lesson which I will talk about below.  The third topic was a trigger to highlight the area of healing that I needed to do; the foulness being somehow associated with an area between my first and second chakras, a murky and confused area between shit and sex, which oddly coincided with Phil Phil’s urine and poo that he organically planted in his front yard and the decomposing organic matter in my kitchen drain pipe.

The second topic returned to my waking consciousness much later, in the middle of the night when I was hovering between sleep and semi-sleep states.  Then I consciously retrieved that lesson this morning.

What I learned from that brief discussion with NN about vaccination was the flavor of disempowerment.  Previously, he had asked me many times if I had gotten the jabs.  When I said no, he advised me to go get them.  Each time I either said okay, or “I will think about it.”

Nonetheless, he didn’t stop there.  He couldn’t stop because he could not be satisfied with my decision.  For me, I didn’t think anything of it, because whether he was happy with my decision or not was completely irrelevant.  But now I am starting to see the psychological nature underlying his behavior and reaction.

His imbalance came from him being pushed to get the shots.  Back in September when the vaccination passport first came into effect and he realized that he couldn’t go into restaurants anymore, he expressed his dread of the dire situation.  He loves to eat.  He cannot accept a change in lifestyle that deprives him of the enjoyment of good food.

After a few weeks of deliberation, he finally went to get his first shot.  He managed to resist vaccination until the point where his pleasure was jeopardized.  More precisely, he was forced into the vaccination program, and by extension, the vaccination passport program.

After he had successfully obtained his passport, he flaunted it because he succeeded in gaining back his freedom and pleasure.  And he did it very loudly in front of me, because I was not vaccinated, so there was a need for him to victimize as he was a victim of control and authority.

At first he said that it was a regret that he could not take me to restaurants, as no restaurant would accept me.  So at first, I registered it as a regret, a challenge to myself about my decision.  I stared at the forfeit of my freedom for a long time, until I decided to assert my power, at the policy makers.

But that’s not my lesson at this juncture.  What I learned from his attitude yesterday was that when someone pushed him, then he would have the unconscious or conscious desire to push someone else.  Otherwise, he would forever float in a state of psychological imbalance: How could someone push him, while he could not push me? That’s not fair, right?

The fact that I am not a cooperating victim, in fact not a victim at all, that he could not succeed in pushing me had further exacerbated his own sense of disempowerment. Each of his failure triggered him to push harder and harsher each.  That’s the activation of his coping mechanism.

Not only that, each time he talked to me, he would inevitably broach the topic of vaccination, asking me if I had gotten the shots, as if he was personally invested in my vaccine status.  Why would he want to have any personal investment in me when he would not even want to tell me his name?  I could only think of his unconscious and compulsive need to seek psychological balance.

Sorry, the balance cannot be found in me. It can only be found within himself. So the more he seeks outward balance, the more he will lose his power and balance.

Now that the passport program is dismantling not just in my province, but also in other provinces and countries, a clear momentum has already been set off, so he does not even have the legal or practical validation to back up his push against me.  So when I answered him yesterday that I didn’t get the shots, saying that I no longer have a legal need to, he responded like a deflated balloon.  He completely lost all grip of me.  Not only did he fail to push, he failed to even aim at me.  That vaccination thing is becoming null, naught.

From this new vantage point, I look at the news about those who still push the unvaccinated to get vaccinated.  What is their underlying psychological push?  That urge to push must have come from having been pushed?  And what caused them to be pushed in the first place?  It would have to be their inability to hold their ground, the inability to empower themselves.

I held my ground throughout.