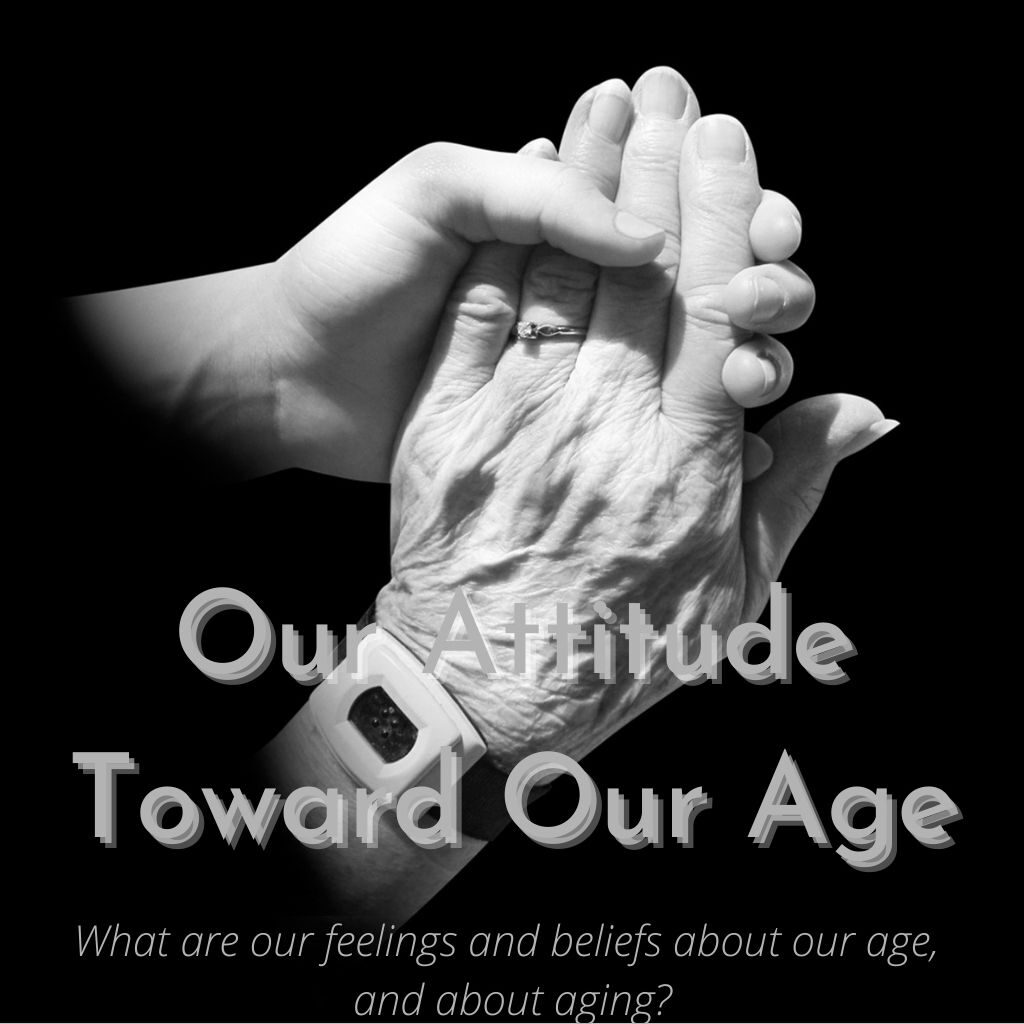 Our Attitude Toward Our Age

“Senility is a mental and physical epidemic, and a needless one.”

This sentence is from page 41 of The Individual and the Nature of Mass Events, by Jane Roberts. I quoted this sentence because it evoked a couple of conversations that I had with a friend who liked to sigh when she talked to me.

First time was when we were talking about her relationship with her jobs, she said she had been trying to work less and to take it easy, because she felt that she was getting old and tended to get tired more easily than before.

Second time was when we were talking about her relationship with her chair, something she thought caused her backache, and again she commented that she was getting old and her back started to ache more.

When I heard her admitting herself getting older, I was puzzled and surprised.  She is one year older than me.  We have been friends for about 27 years.  I consider myself young (and innocent), so it shocked me that she is admitting herself into the old age category.  I feel that I have barely begun the young age category.

Yesterday, while I was at Superstore grabbing a bottle of degreaser, I couldn’t help but made a detour to the other side of the store to look for the stuffed elephant whom I had befriended recently.  Because it’s the commercial season for Valentine’s Day, there were a lot of stuffed animals sitting around on shelves waiting to be swept off their feet into a romantic date.  That’s how I first came across the elephant.  I held him in my arms as I went around the store getting groceries.  But I didn’t buy him.  I missed him after our parting, so I visited him again yesterday.

Coming back to the topic of our attitude about our age, I see myself as young.  My Egyptian friend who has known me for many years said that I gave him the impression that I was someone in her 20s.  We came across this topic of age when we were discussing our criteria of finding a life partner.  I said my problem was, if I were to find someone who was in my age group, I would feel rather stressed as I feel that there would be a big gap somewhere somehow.

Once, when I was at the emergency ward of a hospital, a nurse exclaimed as she checked my wristband for my birthdate: “You look so young!”  She couldn’t believe my age.  I was surprised, because I looked like shit that day, and felt like shit too, otherwise I would not have ended up being delivered horizontally into that place, and I was wearing a cap, a mask, glasses, basically pretty well covered up.  How could I look young?  And how could someone assess a face that’s so covered up?  I had no idea!

Then my acupuncturist and friend Beth often said to me, “You look so young!”  And I thought, ‘Huh?  I look sickly and feel sickly, how is it possible that I would look young?’  But I have talked to her extensively, about how to look at a person’s gaze, gait, posture, etc., and smell a person’s odor to assess the state of health of that person, so if she says I look young, then I trust her professional judgement. After all, she has seen and assessed many patients, she would be in a much better position to opine than me.

And then socially or romantically, young and younger guys tended to show interest in me.  Young as in 18 and 19; younger as in those in their 20s.  I had to stop them, before they advanced any further, and asked, “Do you know how old I am?”  They either said they didn’t care or that I looked like 20 or twenty something.  After a while I decided to set a psychological boundary to deter young men from making advances.  This is not about attractiveness, as I looked like a garbage lady; it’s about a certain vibe that I’m emitting.

Coming back to Seth’s statement about old age being an epidemic, it’s a collective mentality or belief that my parents also have.  Frankly, it sounds strange to me when they say it.  In my mind, I cannot understand why someone would want to proclaim himself as getting old, unless he actually wants to, either consciously or unconsciously.

I am guessing that the general opinion is that people in their 40s or 50s are old or getting old.  But my own feeling is that the human body can maintain its vitality and youthfulness well into old age, by old age I mean close to 100.  The design of the body is such that it comes with its own doctors and nurses, so it can repair and maintain itself, given that it is living in a supportive environment with ample nutrients and nourishments.  Under normal circumstances, the body would run at optimal or close to optimal level, with little deterioration as it enters old age.  Hence it makes no sense to me why someone would want to consider themselves old or getting old when they are only or less than half way to 100. Eager to finish their lives before they are even half way through?

Generally speaking, deterioration is pathological, not natural.  So when people lament themselves getting old, it is more likely that they are suffering from some disorder or dis-ease or chronic discomfort, which is not synonymous to aging. The two concepts are distinct and separate, though if you glue them together in your mind, you are likely to get the result of an accelerated aging that may be accompanied by unnecessary pain and suffering.

Maybe people who say they are old actually do want to feel old?

In my own physical healing, I set my target to have my body operate at the optimal level of someone who is 20 or in her 20s. My approach is primarily through my psychological structure, though I have been sweeping across my neurological structure all the way to my physical structure. Maybe what people perceive is my target age?