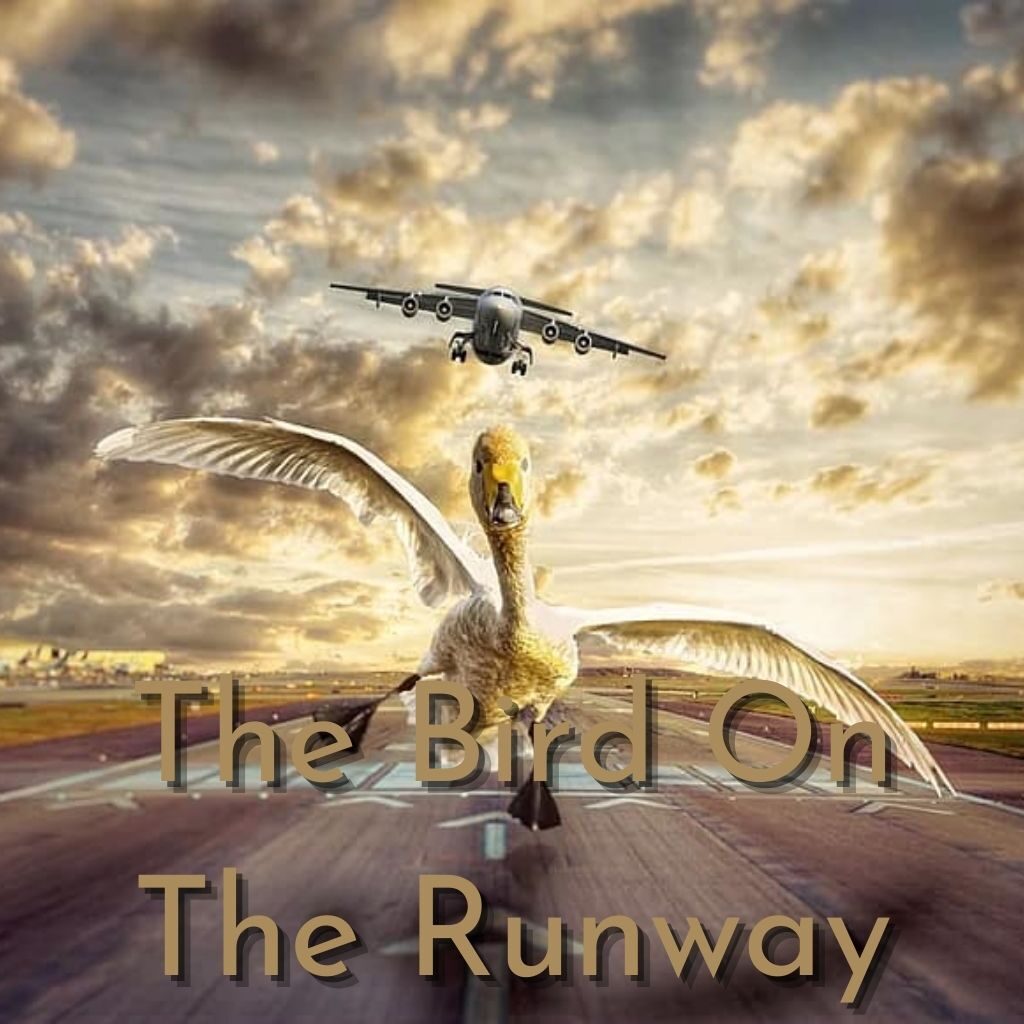 The Bird On The Runway

I was checking the news on the progress of the removal of all public health restrictions in my province when I came across a news article saying that my municipality did not want the vaccine passport program removed.  My first reaction was mild annoyance.

The next day, I saw more news about municipality resistance again.  This time my reaction was full blown anger:  “What?  That bastard!”  I was about to throw missiles at him (in the ether).

Metaphorically, this episode of the global (or shall I say regional) drama was like the plane being in the process of landing on the airport runway after the air traffic control center gave its okay to go ahead, and then as the plane was about to touch down, a bird stood in the middle of the runway with its wings spread out wide, trying to stop the plane from touching down.  If you were the pilot, how would you feel?

My first reaction was to bulldoze over the bird–the action of anger!  Then I realized, this pandemic is again highlighting my own problem—anger.  So I came back to myself.  I sat with my emotions.  I healed my suppressed emotions, as well as my suppression pattern.

After that, my attention went out again to look at the bird (in my psychological space), this time my reaction was acceptance and respect.  If I was driving the plane, I would swerve to avoid hitting the bird.  I would want to make sure that he is safe and unharmed by my doing, regardless of his size, role, significance in the grand scheme of things.

But he’s manufacturing a scenario for me to experience. It’s like saying you’re a smoker, so I have to confine myself in order not to inhale your smoke.  Shouldn’t it be the other way around?  If you have the fears within you, shouldn’t you be the one to be confined and restricted?  Why am I restricted because of your fears? Why am I responsible for your psychological problems?

I don’t have an issue with the virus.  I don’t have fears relating to the virus.  Why am I restricted and inconvenienced by other people’s fears? The connection between mass reality and personal reality is a new lesson for me, one that I am using the pandemic as my classroom to learn. But the way to navigate around mass reality is to come back to myself, and ask myself, how am I contributing to or benefiting from this mass reality?

I came back to myself and noticed my emotional reaction–frustration.  And it’s pent-up frustration, meaning that there is a repression mechanism holding me back from expressing that frustration.  And that bird standing in the middle of the runway is only illuminating the repressed and the repression. When I thoroughly healed both, I arrived at a position of complete neutrality as to what the bird decides to do.

I don’t know how that will pan out, but the provincial premier Jason Kenney had said that

municipalities … bringing in public health measures is “not their normal field of responsibility.  (If) we have municipal politicians improvising their own local policies, I think that would be a matter of great concern.”

There are still many learning opportunities for me at this point in the pandemic.  I was not someone who cared about politics, nor about what went on around the world.  However, nowadays I would check out news around the world, and in the process, I am witnessing my own reconnection with the world, propelled by personal interests.

For example, I saw the news about Canadian Freedom Convoy inspiring others around the world to start something similar in their own countries, and I was impressed by the truckers‘ strength to build up a momentum that spilled over to other parts of the planet.  Another news that triggered an emotional reaction in me was the cow cow in my province not having food because the truckers blocked an important border crossing to the US where cattle feed comes from, and I could sense the intense emotions of those truckers (manifested as the blockade).

To really get to the bottom of the problem, it is not conducive to only address the superficial behavioral problem, it is necessary to address the underlying psychological problem; and in the case of the cow cow relying on food from the US, the problem is the emotions of the truckers.  So to me, the real question is, who is going to listen to their emotions?  Am I the only one?  Would that be enough?

There is no need to know the logic of why each person chooses to do something. It doesn’t matter to me why other unvaccinated people choose not to get their shots. It doesn’t matter to me why the truckers block the border crossing. Their reasonings don’t matter. Only their emotions matter. When they want to be heard, it is their emotions that they want people to hear, to acknowledge, to witness. That’s the beginning of healing. That’s the pivotal point for exiting the pandemic, which is a product of mass reality.

We individually exit the mass reality by addressing our own relationship with it.