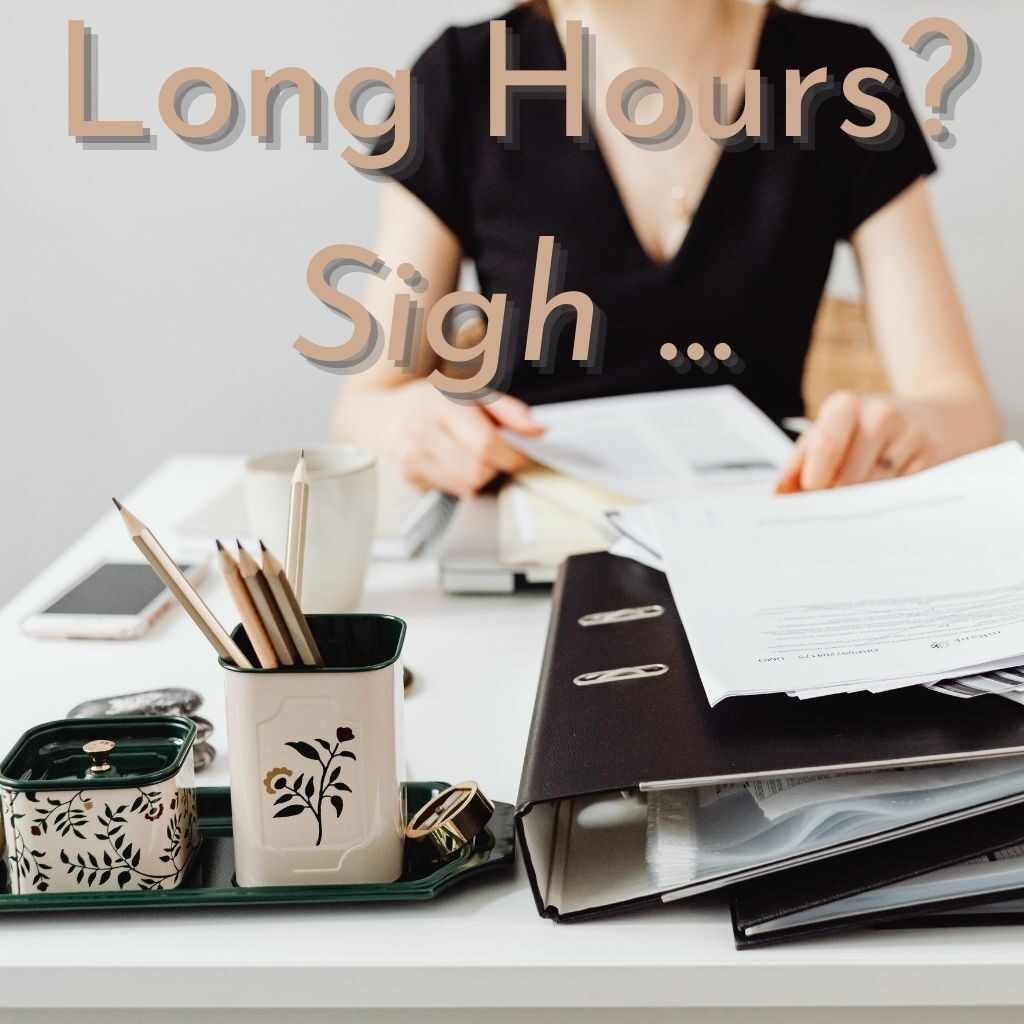 One of the topics that me and my friend talked about last night intrigued me.  On the phone with her for over three hours, one of the unavoidable topics was the long work hours. She had two jobs, both engineering jobs.

The part that intrigued me was that she repeatedly attracted jobs that demanded a lot of her attention and efforts, more than the standard 40-hour work week, and that she accepted it and justified it as necessary and even normal for her profession and industry.  Appalled, I asked her if other people were like her too.  She said yes, and listed examples of colleagues who did the same.  Then I flipped the question around to ask, “Do you know of anyone who doesn’t put in the extra hours?”

She said yes momentarily, admitting that it was possible for her profession, but quickly returned to her default mental position of wanting the long hours.

I had no interest nor intention to change her preference, though I often heard her sigh as she dealt with her work, which to me indicated that there was a sense of resignation, and/or exhaustion with her work circumstance.  So it puzzled me why she didn’t try to turn things around.

She told me that another friend of ours had worked a 60-hour work week last month.  I couldn’t get clarity as to whether it was just for one week, or for all the weeks in that month that the friend had worked 60 hours each.  But I guess the details didn’t matter.  Her point was, it was normal, and not just in her profession, but also in other industries and professions too.

Yes, I agree that the underlying belief system spans all sorts of industries and professions.  I also had experiences of working long hours, of working weekends and evenings, of working when I received a work email from my corporate phone.  It was because I didn’t have any boundary between work and home, not because I believed in working hard.  In fact, I didn’t and don’t believe in working hard.  In the past, I believed in working smart.  So on the balance, my workload was not heavy, but it was very twisted.  If I was given a task, it would be due yesterday, with limited or unavailable resources, failing computer system, etc., and I was expected to churn out a product of reasonable quality.  It would not be accurate to simply describe that kind of workload as busy or heavy, but the work terrain resembled a war zone, hence requiring someone to have a demented psyche to work in that environment, and management could not understand my challenge.

I think the solution to healing that kind of twisted work conditions would be to start with straightening out my human relationships, which has been in progress for years.  I think of the two, the belief of working hard and the messed up human relationships, the latter is much more complicated to heal.  It’s like a ball of yarn that got tangled up.  In theory, it should be quite a methodical process to untangle, but I think the interlocking factors–the emotions, imprints, coping patterns, etc.–really blurred my vision.

So in the end, me having a belief system of working smart didn’t make work easy for me.  Later, I converted the belief into having money without working, or more simplistically, thriving without working.  More specifically, my emphasis was on effort—surviving and living shouldn’t require effort, it should be a very natural process.  Because we are ultimately connected to the source of creation, to the universe where everything grows, where there are unlimited and endless resources for us to grow and thrive, where there is only abundance and no lack.  So if we are ensconced in that energy field, why would we even have to struggle to survive, unless we believe that we have to otherwise we will starve and be homeless.

My revised belief system seemed to break the link between work and survival, and healed the underlying fear and the lack mentality, but it didn’t address my other existing psychological wounds.

Ideally, I want to transition to a psychological position where I would enjoy applying myself, and in the process of doing so, to grow my talents and potentials, and to derive a sense of fulfillment or satisfaction at the end of the day.  Rather than focusing on monetary reward, which seemed to me to be survival-based, I should focus on spiritual or psychological reward, something that nourished the soul.  That would be the purpose and basis of working.

Although obligation and responsibility would be unavoidable in a work engagement, I wish that it would not be the primary motivator for me to commit and to invest in the work.  I wish that the primary motivator would be my passions, interests, values, beliefs, principles, etc., everything that is internally generated, instead of externally imposed.

Duty can effectively lock a person into a task, but it is done by force, because if there is a need for duty, it means that there is a lack of personal interest and desire.  In other words, duty is a clutch between the misalignment of desire and action.

Part of my efforts in healing is to address all sorts of misalignment, as that means energy is not flowing smoothly, things are not going with the natural flow or rhythm of the universe, and thus the need for force and control. When things are flowing properly, you don’t have to lift a finger and things will be done.

So if you find yourself sighing when you think about work, like my friend often does, your sigh may be a signal for a change.