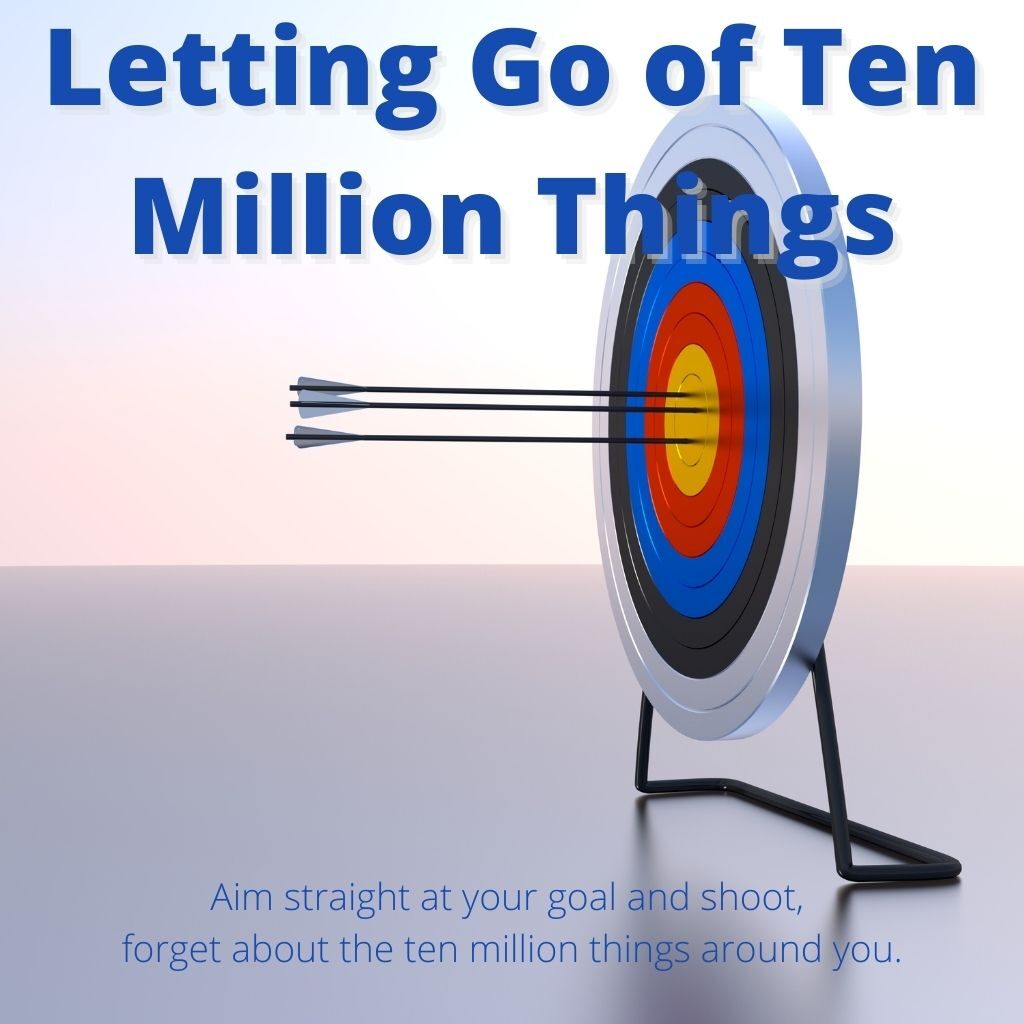 Have you ever experienced distractions causing low productivity or efficiency?

For the last couple of days, I have noticed myself constantly being derailed by miscellaneous things that stand in the way to claim my attention while I try to finish a task.  As soon as I set my mind to attend to the task, there will suddenly be ten million things that pop up out of nowhere, all of them standing between me and my task such that I have no choice but to give them 100% of my attention, one after another, thereby putting more and more distance between me and my task, while at the same time I try to summon more energy to get closer to my task.  While I observe all this nonsense, a voice inside me says, “See, you are being derailed again.  Just leave it.  Stay on track.”  But I don’t listen to that voice.  It’s like my body is being hijacked.

This morning, my inner voice guided me to deal with my distractions.  I was taking my morning walk, and thought of some affirmations and wishes that I would like to work on.  That meant, as soon as I got home, I should go straight to my desk to write them down lest I forgot.

But as soon as I opened my door, I wanted to do ten million other things.  I coached myself, saying, “No, straight to my desk.”

I hung my coat.  Without taking off my scarf, I went straight to my desk.  Once I was seated, I wanted to write in my Book of Joy, instead of my notebook where I kept track of my affirmations and such.  Again, I said to myself, “No, do what I have intended to do.”

After that, I was going to cook, but then I said, “No, do acupuncture first.”  Because while I had the needles on me, I could cook, and then when I was done cooking, I could take out the needles.  That way, I could achieve two tasks at the same time.

Before doing acupuncture, I sanitized my needles with rubbing alcohol.  In that step, I inserted a couple other minor steps too, such as turning on the lights and straightening my needles.  I had allowed those two minor and unplanned steps, since they didn’t derail me much and were kind of necessary for the bigger step.

After inserting the needles, I went to the kitchen to start cooking.  But I again inserted an unplanned but perhaps inconsequential step:  played a speech by Eckhart Tolle.  In one of my larger goals, I have intended to acquire nutrients every day.  By nutrients I mean something enlightening that add value to my life and help me grow.

Okay, I thought although that step was in the way of me and my task, I could allow it.  Then I tracked the following other steps.  They were all necessary culinary steps. I realized that my cooking process was quite streamlined with no redundancy.  I also realized, what I was doing was akin to a mindfulness exercise where I observed every single action, assessed their purpose and value, then accepted or rejected them accordingly. Injecting a fork in the road before taking each step, thereby each thought and each action becomes a choice.  That’s conscious living.

In the last few days, I have been using the Brain flower essences blend while doing some energy healing to cleanse and heal my central nervous system and brain.  The most noticeable result is that on the first or second day after starting this exercise, my neighborhood becomes eerily quiet.  Weekdays feel like weekends.  In fact, it feels like I am in some remote village on a vacation.  My surrounding is unusually peaceful as if the humans have been secretly abducted by aliens during the night.  Later, I realize, because my inner landscape is cleansed, without the noise, that when I look at my outer landscape, I also do not perceive the noise, simply because that no longer resonates with me.

Next, with the cleaner inner landscape, I am more able to audit every single thought as they arise, and build new pathways in place of the old pathways that put ten million things between me and my goal.

I want my new pathways to have absolutely nothing between me and my goals.  Straight line.  Clear and open.  So that I can see into my future, instead of wondering what the future holds for me.

But the pathways I am building are not just about efficiency or about achieving a goal.  More than that, I am doing it to fix my relationship problems.

I want to attract relationships with those who are able to prioritize, who are able to manage time, who actually have time for me when they say they have time for me, and who can actually put me in their first place without having ten million things in the way that I am eventually forgotten.  Like attracts like.  You need to be the type of person you want to attract.

I have been aiming at healing my physical health for a very long time.  I have come to the point where I can see that it requires me to fix everything in my life, career, finance, relationship, etc., such that the energy and processes in these departments are flowing smoothly.  I now see that the state of my wellbeing is a reflection of the state of everything in my life.  If I conduct my life well, health is the natural outcome.  So I am readjusting my focus in my healing journey—to rebuild the major areas of my life.