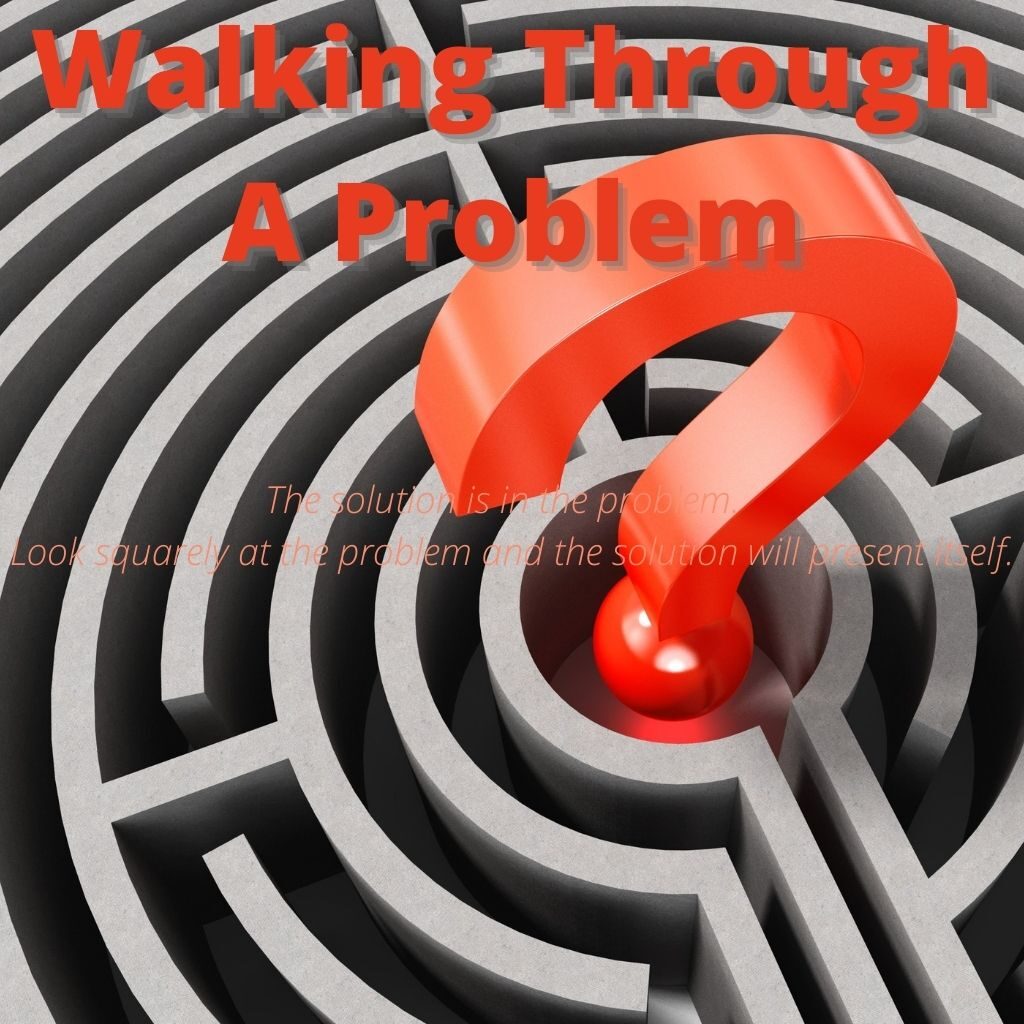 Walking Through A Problem

This article is my mental meandering on how to go about healing my sense of superiority.

I have been trying to heal my superiority for a long time.  It’s not something that I like to admit or to look squarely at, but every time when I see and heal my sense of lowliness, I would simultaneously heal my sense of arrogance and superiority, because the two go hand-in-hand and form the structure of my psychological wound.  The low self-esteem does not exist by itself in my psyche. There is at least one or several balancing or coping mechanism that are firmly holding it in place.

But despite my attempts to heal both sides at the same time, they still exist.  Then I look at the other interlocking pieces of this puzzle.  Vulnerability and the reluctance to appear weak and helpless are also holding my sense of superiority in place.

The whole wound is like a big ball of yarn with many interlocking pieces that are tangled together in a chaotic fashion.  I haven’t been able to identify every single piece that is tied up in it.

While tackling this puzzle, I branch off into a direction:  physical health.

As a child, my mother saw me as sickly, and in a vexed and disapproving way, then tried to solve my health problem, in a very controlling and domineering way that was suffocating to me.  I couldn’t go against her. I couldn’t express my opinion, there was no room in her mind to allow an external opinion, and especially not that of a child.  I could only go along with her lunacy, in a very helpless and powerless way.  More importantly, her way was not addressing the root cause at all, yet I still had to go along with it.  So incredibly frustrating, and at the expense of my body, my one and only asset on this planet, my life, my well-being!

Do you see any resemblance of this psychological experience to the pandemic policies, particularly the vaccine mandate?

Anyway, my father was relatively mute when it came to my mother’s whims and lunacy.  He didn’t speak up for me.  Another source of my frustration!

My mother tried many methods to heal me.  And I had quite a lot of health problems.  So it kept both of us busy.

After she died, my father prepared our immigration to Canada.  I didn’t want to suffer from asthma in a new country.  So I recovered.

However, the rest of my chronic ailments followed me to my new country.  Now that I think about it, I’m not sure why I didn’t heal the rest of my health problems.  Perhaps because only my mother fixated on them, me and my father didn’t.

Living with my father, I picked up a different, opposing belief:  that I was strong and healthy.  More specifically, his common sense was that it doesn’t make sense to be sick.  ‘Doesn’t make sense’ is not the same as ‘not having any’, metaphysically speaking.  The former means that such a thing simply does not and cannot exist, that it registers zero value in the energy fields; whereas the latter is a block, a negation, which then necessitates something to negate, and hence the thing it negates actually exists.

Now that I look back, both my father and my paternal grandma held that belief in them.  They never got sick, though they lived in poverty and was not at all health conscious.  On the other hand, not only did my mother get sick, she was health conscious and died young.

Now here’s a critical juncture between superiority and my father’s belief.  I notice that at least for him, the two are tied together:  being strong and being superior.

I suspect that my sense of superiority is in some way holding up my physical health, though the two can be separate, independent, and unrelated.  But just to be safe, I decide to check the extent of its scope first.  I switch my attention to examine both its psychological and the physical components.  I start with the psychological part that is closely linked to low self-esteem.

To collapse the sense of arrogance and superiority there, I just need to change my beliefs and values, and to align them with that of others’, such that I don’t impose myself upon others, nor do I subordinate myself to others.

I think that should more or less collapse the psychological part of my sense of superiority.  But because psychological aspect often tends to have a physical counterpart, I also trace the extent of the counterparts–some behaviors that are relatively harmless to my physical health.  When I try to see the scope of the psychological shift, I realize, to my surprise, that the belief that I am strong and healthy has already left my energy fields.  As I embark on my healing journey, I am at the same time acknowledging that I have something to heal.  And if I keep healing, I am at the same time keeping and activating my state of poor health.

This realization leaves me with two questions:  1) am I done healing my superiority-inferiority wound?  2) should I stop healing altogether?  Or do I need to install some fail-proof stop gauges, aka positive beliefs?

I am still trying to wrap my head around this idea of not trying to fix a problem and it will fall off on its own.  Whether it is the pandemic or my personal health problem, I think the underlying conditions that created the problem need to be set right first, but if we don’t put an effort to setting them right and just let them be, it is still possible for them to resolve on their own, just like the pendulum will eventually stop pendulating if you stop touching it, but if you can hold it still in the middle, I think that might be a faster way to stop it.

After walking through my mental labyrinth, I think I have a clearer understanding of how to resolve my problem now.