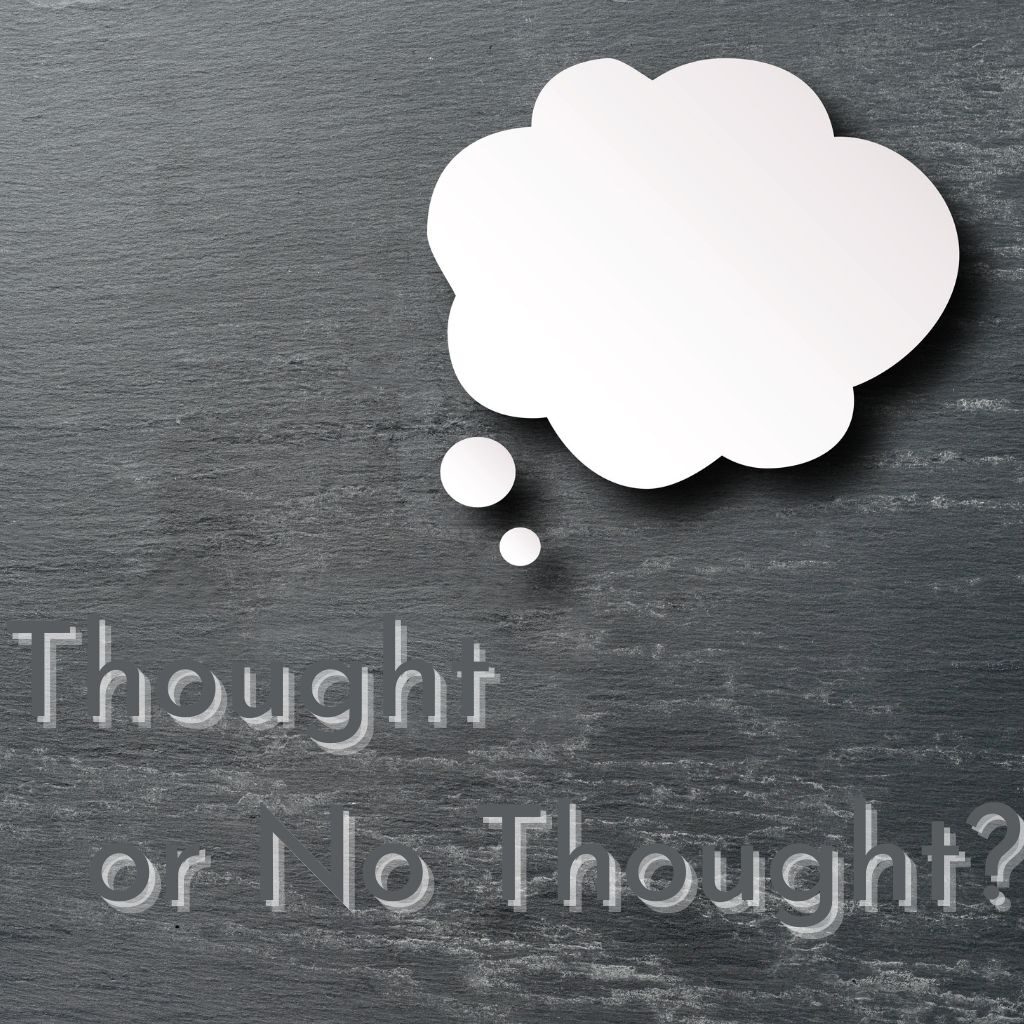 Thought or No Thought?

After I posted yesterday’s article on how we are perpetuating the pandemic, I thought about my own contribution to this global drama, about how to minimize or stop my thoughts, etc.

A Taiwanese spiritual teacher described a thought as a dot on a piece of paper and a belief as many many many dots on the same spot of the piece of paper.  So if you can imagine, dotting one spot a hundred times, that’s the strength and intensity of a belief.

Approaching it from another angle, my own experience of a belief is something that is firmly planted in your body, in every cell, in every breath, in the fabric of your being.  It oozes out of you, forming your thoughts, your words, your actions, and by extension, your life and life path.

I feel that it is my soul that has implanted this belief into my being, because I know very clearly that my soul has other projects that it wants me to focus on and does not want my attention to be taken away by the virus, hence my entire personhood is heavily infused with the belief that me and the virus will not mesh.  That belief pervades every part of my being that when the pandemic came online, it immediately switched on the belief.  And because I felt it in every part of my being, instead of some spiritual practice that I had to do to make myself believe or to pretend to believe, I naturally conducted my life as if there was no such thing, that it was irrelevant to me.

In the book The Way Toward Health, by Jane Roberts, Seth mentioned that people who had the genetic heritage of a disease did not necessarily develop the disease.  The determining factor was belief.

At my mother’s funeral, my cousin said to me, “Because …, you also have a chance of getting cancer.”  She was well-intentioned, but upon hearing it, I thought, ‘Bullshit!’  I didn’t verbalize my thought, as I was expected to worship my elders, which by their definition meant that I had to accept whatever they said.  Years went by and she developed cancer, while I didn’t.  It makes sense to me that she would get cancer, as she believes in it, whereas I vehemently rejected it.  I knew with absolute certainty that I would not get cancer.  So when she cursed me so lovingly, it generated an explosive thought and emotion from deep within me.  I ferociously repelled the idea and the possibility of it.  There was no chance that she could succeed in planting that thought in me.  My belief was bulletproof.  I was a kid at the time.  I didn’t know anything about belief system.  And obviously I didn’t have any caregivers who could protect me from toxic thoughts.  I fended for myself.

To me, intention is a general guideline that steers how things will progress.  It defines the shape, direction, and scope of how things will develop.  Usually my vision of the event will materialize more or less; I don’t have to set the intention formally or consciously, that holding the thought is enough.  But it has to be clear and firm.

Sometimes my intention seems more like a command, which to me is a demand of how I want things to be.  The difference is insistence and rigidity.  Command is like an intention with more assertion of power.  Frankly, I don’t feel a high efficacy with using commands. Rather, I feel my powerlessness bouncing back at me.

Affirmation is an interesting concept from the spiritual community that to be honest, I still find a bit awkward and alien.  It’s like a right-handed person using chopsticks with the left hand.

Therapists had prescribed affirmations to me, to shift underlying negative beliefs or whatever, but I felt that it was like using one chopstick (instead of two) to eat noodles.

I find that affirmations can be a bit tricky because it requires a very precise lexical assembly in order to match up with the exact vibration that I need.  A slight tweak of the sentence can shift the frequency of the affirmation and hence changes its effect. So I sometimes end up using telepathy instead of words. I would say the telepathic method is more effective than the linguistic method, as the former operates at a subtler level of consciousness.

I don’t know the effect of a prayer because I am not religious and don’t pray.  But I see it sometimes in the spiritual community, and I have no idea how it works.  For me, it’s like posting my thought to the ether.  The thought is like a seed and the ether is like a field in which everything and anything grows.

I think a wish is similar to a prayer, in the sense that I post my desire to the ether.

I find that there is less exertion of personal power in using prayer and wish.

After examining different kinds of thoughts above, I have a better idea of how to not generate more thoughts to perpetuate the pandemic, while at the same time remove the proof of vaccination requirement. Just hold the thought and feel the shift in the ether.