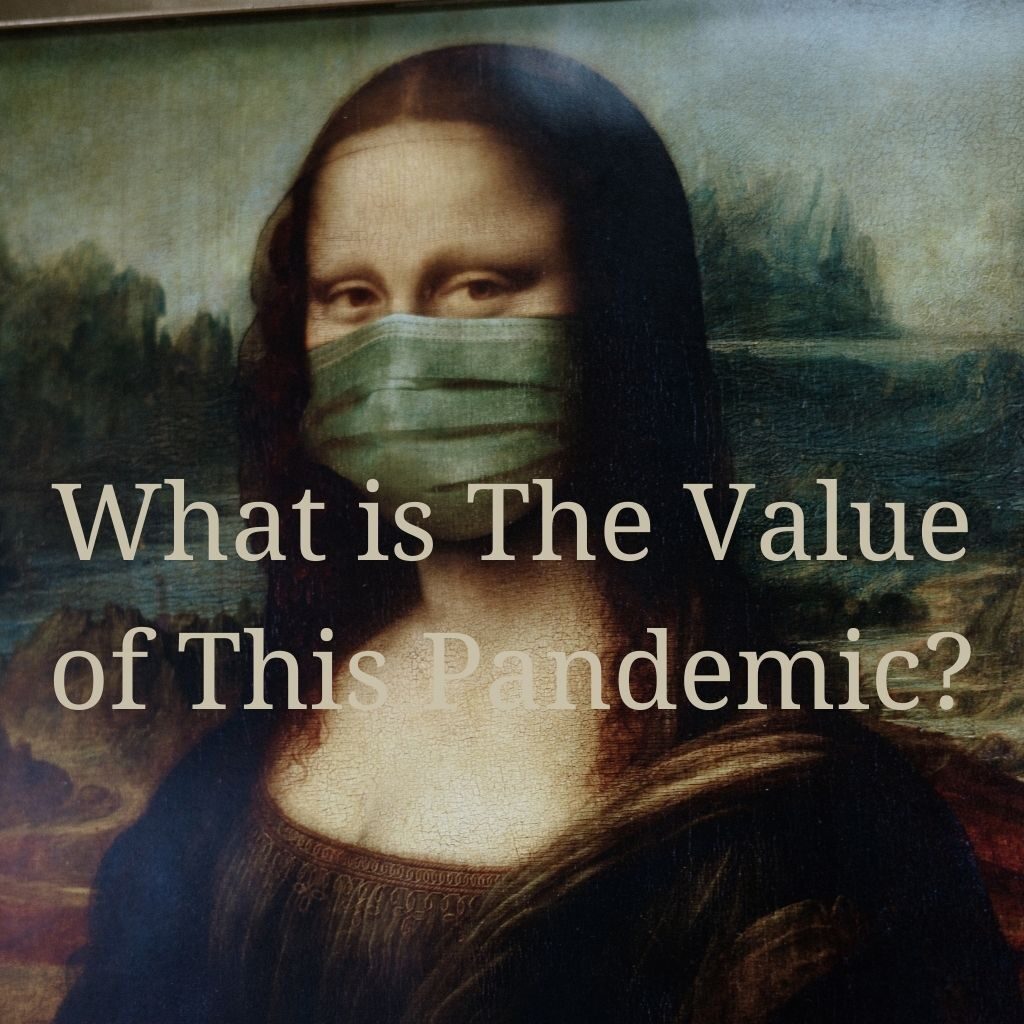 What is The Value of This Pandemic?

Before closing my year 2021, I want to consciously comb through the psychological effects the pandemic has on me, as a symbolic housecleaning gesture for me to bid it farewell.

The pandemic (not the virus) re-enacts my childhood experience where the adults imposed their ways on me, locking me into their belief system, punishing me and depriving me of my needs when I tried to exit their system, invalidating and denying my attempts to assert myself, squashing my self-esteem left right and center, all done so in the name of love.  My struggle was not against just one or two persons, but against an entire social and cultural climate.

At the onset of the pandemic, when mass panic catapulted toilet papers to the status of a precious commodity, my belief was that the virus was not a part of my soul script.  It’s not in my life.  It’s not for me.  It has no place in my energy fields.

When people became very uptight about sanitization and other preventative measures, I didn’t bother.  Because my actions flowed forth from my belief system.  If I didn’t believe in the virus, why would I believe in the prevention of it?  When masks became mandatory, I wore it without covering my nose (for compliance but not for prevention).

Then friends told me about how to be safe, all that rubbish information including repeatedly advising me to take the vaccine, I felt my belief being challenged, but tried to contain my emotional reactions and be polite to nonsense.

Then people told me the details about the vaccine, I didn’t really listen.  Why would I?  I was living my belief in every cell of my body.

Every step along the way, I saw myself existing mentally, psychologically, and physically outside of mainstream culture.  To be safe (from the humans, not from the virus), I keep my thoughts to myself.

Below are several points of divergence between me and the collective:

1)  My belief creates my reality.  If I don’t believe in the virus, then I have no room for discussion, noise, drama, nonsense, policies and procedures.  A belief is an intense thought that you hold on the consciousness level, and everything else–all the thoughts, emotions, actions, etc.–cascade down from that level.  By not believing in it, I am already making myself unavailable to it at all levels, that I do not consent to play host to the virus.  Everything else you say or do to me is redundant and irrelevant.  As soon as you withdraw your attention from an experience, you cut off its power supply.  Because the seed of that experience can only grow by you fueling it with your power.

2)  No protection is the best protection.  Say, you are standing, not leaning against anything and having nothing to lean against, and suddenly someone tells you to push.  Against what?  The only way that you can push is if there is a counter-force, and it has to be right next to you!

So the prevention effort is actually an unconscious attraction of the virus.  There is no other way for that prevention to take effect without at the same time acknowledging the presence of its target.

3)  Some people cannot dismiss the virus from their reality, either because they have witnessed a loved one being taken down by the virus or they themselves have been attacked by it.  The fact that it is real to them does not mean that it has to be real to others.  That logic simply does not and cannot hold true.

Everyone is different.  That is a fact.

4)  At the very onset of the pandemic, I contemplated on the spread of the virus (mentally explored its expansionist activities), and immediately realized, the virus is conscious, and therefore selective and discriminating.  If you are not the host that it wants, even if you stand right in front of it, it will say, “Excuse me, you are blocking me from reaching my target host.”

Using this as one of my starting points, I was confident and assured (not panicking) from the onset, because I knew I was not its preferred choice.  This logic is the same as my first logic, only stated backwards:  if my reality does not include it, then by the same token, its reality won’t include me either.

When I checked the strength of my logic on both ends, I know for sure my belief is bulletproof.

5)  Worst case scenario, if the virus is really so prevalent and pervasive, so indiscriminate and desperate as to invade every human host it can come into contact with, then negotiate with it.  Set boundaries.  I had talked to it several times, saying, “My physical space is off limits.  I do not consent to have you in my life.”  And I defined my physical space as anywhere that I would physically visit.  You can communicate with anything on this planet, inside your body, outside of this planet, etc.  No one, absolutely nothing can violate you without your consent.  You are inviolable.

But when you start thinking along the lines of “What if I get it …”  What if means you are allowing that probability to exist in your fields and thus you become violable.  When you cannot help but lean toward violability and vulnerability, you are at risk.

If you are inviolable, your line of thinking should more or less aligned with, “I’m not available, you can choose to leave me a message but I’m not going to listen to it.”

6)  I am neutral on the vaccine.  I don’t see it as either good or bad.  It may have an inherent value, but its ultimate value is in its effectiveness, which is determined not by it but by the host.

For example, some people smoke all their lives but never get lung cancer, while others who don’t smoke get it.  So what’s the message?  It’s not the cigarette, it’s the human body.

But in all fairness, I do think the vaccine is a good idea, as it gives the illusion that you’re safe, and hence has the psychological effect of reducing fear and extreme negative outlook, both of which are incubators for severe covid symptoms.

A belief system alone is not sufficient to place a person on a path parallel to (never converging with) the virus’ path, because belief systems are controlled by the ego mind, while a life path is a co-pilot collaboration between the mind and the soul.  This article is more of an attempt for me to exit the suffocating psychological effects of living in another person’s belief system, like a fish living in a desert.