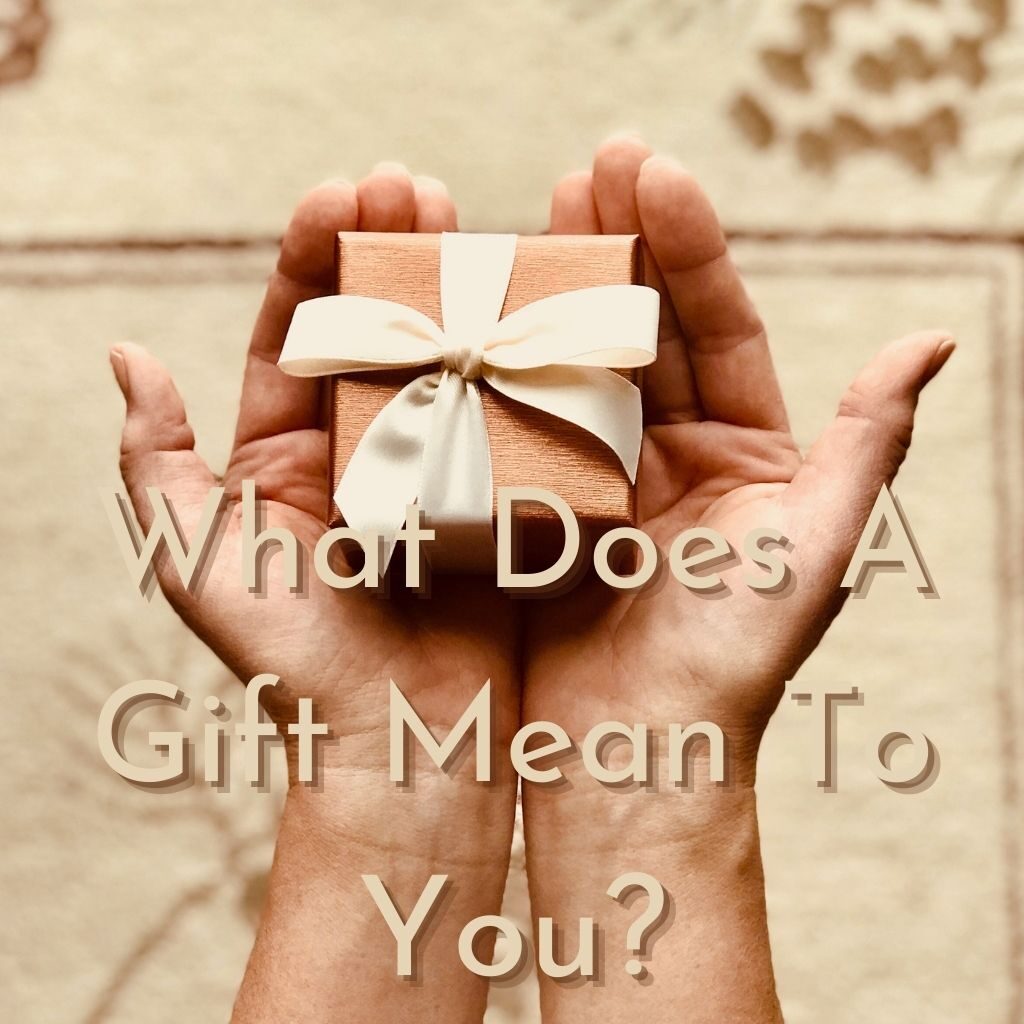 What Does A Gift Mean To You?

As the year is coming to a close, one of the things we do is to give Christmas gifts to those who matter.

As I contemplate the appropriate gift to give, I ended up meeting my acupuncturist friend Beth empty-handed, as I was still hesitating, and I saw her in a state of medical emergency on a snowy day.  In truth, I had wanted to buy her a gift for a long time, to express my gratitude, for her generosity and more.  My relationship with her is a bit complicated.  It’s a multiple relationship, but that’s not the only reason for the complexity.  I realize that I need her close to me.  I don’t know if you have ever found yourself putting on a pair of shoes while standing; it would be nice to be able to lean onto something.  In my case, that something is Beth.  Not just in a health aspect, but in other ways too.

While I felt disappointed with myself for going to her before Christmas Day empty-handed, I found that I gave her the best thing I could have given, something money could not buy that meant more to her than any gift could.  She is a difficult person to buy gifts for, as she has everything she needs; in fact, she has more than she needs.  I know some of the things that she likes, but none of them would make a really meaningful gift.  So I never bought anything for her.  I flashed a very hazy thought out, about giving her something of value, something that means something to her, instead of just a random object that she could easily purchase herself.

When I saw her yesterday, she told me that she was quite distressed about an online review that a client had left on her clinic.  She wanted me to somehow nullify that review.  The available option for me, as another client and reviewer, is to report that review.  But in truth, when I read the review, I didn’t think there was anything offensive or untrue about it.  Nonetheless, I did as she wanted, by reporting it as being irrelevant to the business, one of the available reasons to report, though it was 100% relevant.  Frankly, my mind had one thousand question marks as I did that.  But since it comforted her, I did it.

Later, as I was leaving her clinic, she kept saying thank you, and bowing too.  At first I had no idea what she was thanking me for.  We were chatting on a few things prior to that, and none of them required her to thank me.  But a few hours after I left, I looked back on her facial expression as she thanked me profusely, I realized that she was thanking me for helping her with the review.  I think that’s the universe’s way of addressing my difficulty of giving her something of value.  And I am really intrigued and fascinated by the universe’s way, because it was effortless, something that I could easily do, though it meant very little to me, it meant a lot to the recipient.  Mission accomplished!

Yesterday, I received something that was more valuable than a gift.

I was messaging Philippe and we talked about various subjects, and inevitably, all subjects touch upon one point of contention:  vaccination.  He sent me four long audio messages, complaining.  I was watching the movie Carrie Pilby at the time, and between the two things, I roughly caught the gist of all the things he said.  He didn’t stay linearly on the same point, but jumped abruptly from one theme to another, a clear sign of a disturbed mind.

I thought for a moment, wondering how to respond.  At that vantage point, I had several options (probable realities) that I could choose from:

As I contemplated my options, I also asked myself: What am I trying to accomplish? In the past, I would have taken a more supportive role. But I no longer feel compelled to do that now. I realize, I now have a different objective: I want to set things right, with the least noise and effort.

I replied, in one sentence:  “Do you believe that whatever happens only happens for the best?”

He burst out laughing, saying that he absolutely loved my reply, especially the timing of it.  A mixture of different positive emotions poured forth from him: appreciation, amusement, gratitude, joy, etc.  And he said he was very glad to have met me.

One sentence was enough to bring about a 180-degree turn of his mental state.  Effortless huh?

There was a lot of value in that exchange, for both of us.  For me, it was absolutely therapeutic to have someone who could truly cherish and appreciate me for showing my true colors, as I had been trapped in an environment that despised and disapproved me for too long.

Philippe’s appreciation is a gift that I really needed, something that money cannot buy, and something that not everyone is able to give. His gift is for me to see and honor the value of my true self. That’s one of the best gifts you can give.

Merry Christmas! May you receive lots of wonderful gifts!