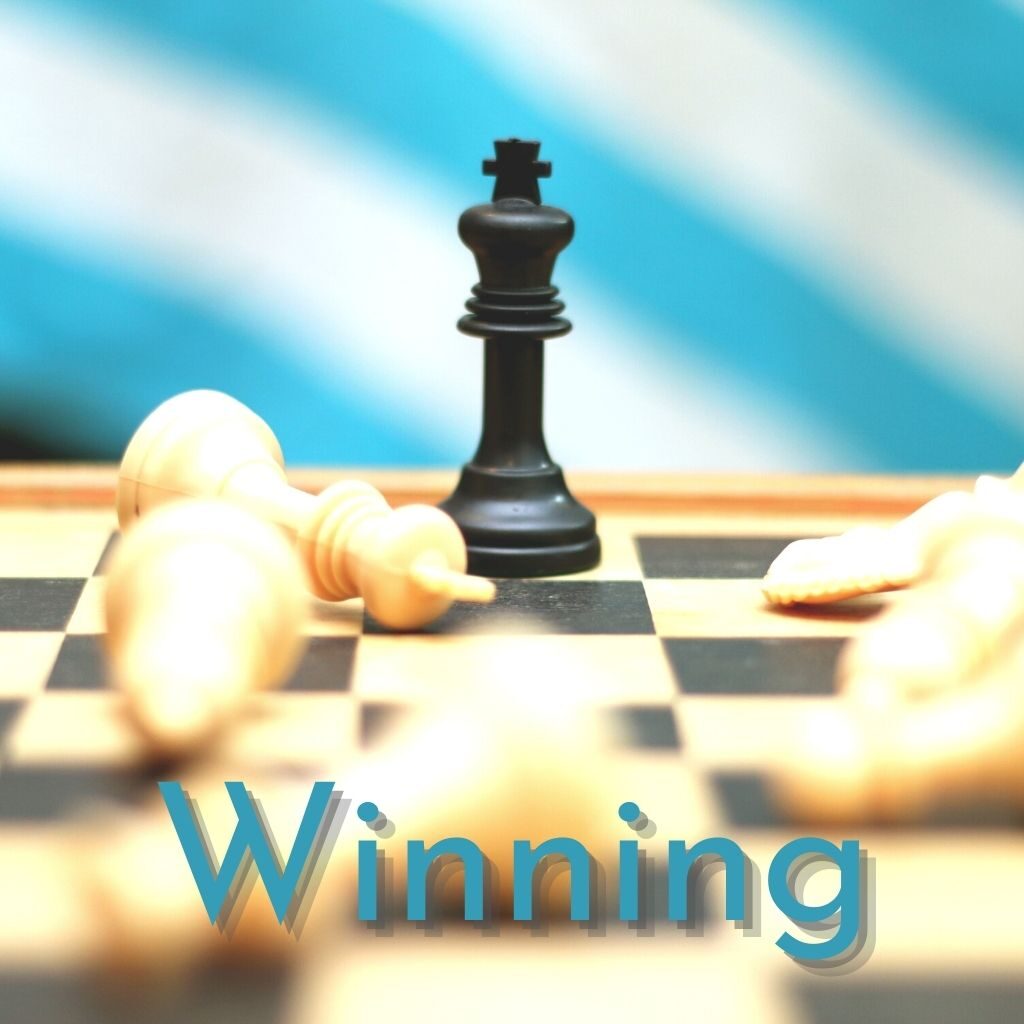 I tend to win, at least in the last few months, when I play board games, card games, sports, etc., with others.  Unless my skill level is severely low, like in strategic games such as chess, Gomoku, etc., then my opponent will win.  Now that I compare my psychological activities when I play these two types of games—the ones that I tend to lose and the ones that I tend to win—I find that I am more in control with the latter, meaning I can ride the game.

But I will write about the psychological effects of the result instead of the process of playing non-strategic games.

When I played UNO with the first guy, I was irked by his poor sportsmanship.  He didn’t want to play after two games, because I won both games.  It took me a long time to realize, that his attitude was a reflection of what’s inside me: I cannot lose.  I feel threatened and attacked when I lose.  It doesn’t matter whether it’s a friendly match or not, because the only psychological imprint I have regarding losing is that no matter how much I screamed and yelled as a child, my parents would still overpower me tyrannically.  One of the memories left from that kind of chronic experience was that I could not be placed in an inferior position, I had to come out on top.

Of course now as an adult I know that this thought is useless, that I don’t have to be competitive all the time, that competitiveness doesn’t always yield the biggest value in life.  But the psychological wound that is glued to this thought makes me vulnerable to losing.

What losing means to me is being thrown into an inferior, submissive, or oppressed position.  It means being psychologically lower than someone else.  Secondly, being lower means the justification to be punished, attacked, humiliated, condemned, tortured, shamed, etc.  Thirdly, I have no recourse, no way to exit these treatments; I can fight with all my might, but the more I resist, the more abuse I receive in return.  Hence, submissiveness becomes my only means of self-protection.  And having no recourse means I am forever trapped in this misfortune.

Nevermind things like justice and dignity, even something as basic as peace and security becomes a luxury.  This is the wound that comes with hierarchy and power imbalance.

But thankfully in my healing journey, I am lucky to have met many souls who let me win.  Not only that, they will say, “Congratulations, you win!”  Even though they lose, they are glad for me.  From where I grew up, I didn’t get complimented for coming out on top.  Instead, I got bullied and scorned, because me winning meant them losing, and they could not accept their own defeat.

So I also have a wound, a smaller one, with respect to winning.  I keep winning very low key.  I don’t rejoice in it openly.  I don’t show any emotions.  Totally suppressed and muffled, as if I did not even win.

But when I played UNO with the second guy, and when he won one game, he was totally thrilled.  His emotional reaction made me realize that I did not allow myself to fully feel and express the joy of winning.  That’s a self-defense mechanism.  I am afraid that expressing my triumphant emotion would make I appear too haughty and snobbish, and that I will be attacked.  But aside from that, I also have other psychological undercurrents regarding winning.  Perhaps awkwardness, as if I don’t know what is an appropriate or acceptable behavior in response to winning.  What is my emotion with respect to winning?  I don’t even know.  It’s the same as asking myself, what’s my emotion when I get good grades in school.  I didn’t have much emotion.  Because I was not allowed to not have good grades.  So getting good grades didn’t naturally give me joy.  It was just something that I was forced to achieve.  If I didn’t get good grades, I would be punished, shamed, shunned, condemned, etc.  What kind of joy could I have with good performance?  It’s simply a matter of self-protection and survival, nothing to be joyful about. My entire relationship with performance result is messed up.

There is so much to heal with respect to the whole psychological construction where the end result involves a ranking, and each player is slotted into different ranks.

I think the only person who has consistently supported me in every game is still John.  If my performance was poor, he didn’t tease or bully me.  He simply adjusted to my skill level.  Forever patient and accepting and accommodating.  I cannot believe how much healing and growth I can achieve simply from these attributes of his.  The units of consciousness that he alone embodies are enough for me to climb out of the wound that my parents and relatives crafted in me.  That’s like one person against a whole village.

I wonder, if I completely heal all my wounds relating to winning and losing, would I still be able to win more than lose?  I think my psyche toward playing would change, and maybe I would not focus so much on the end result but on the process instead.