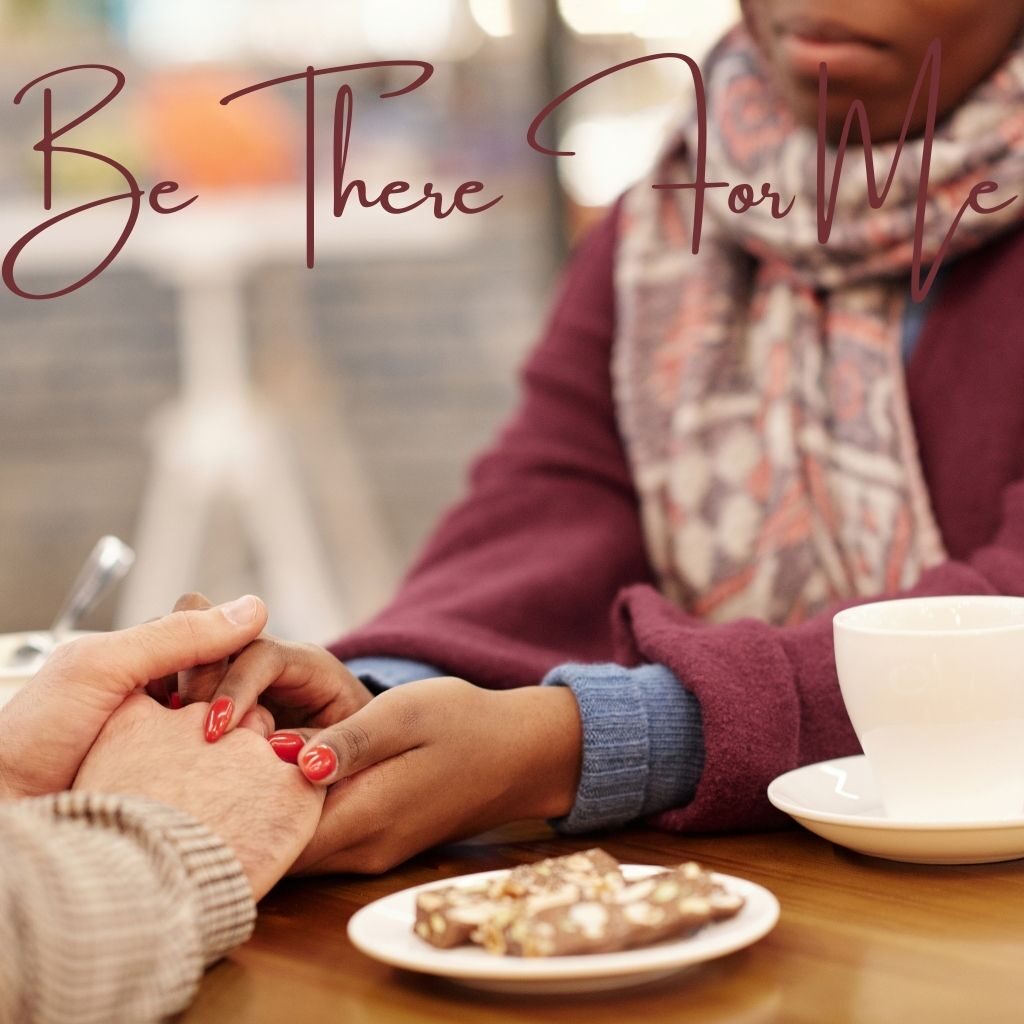 Be There For Me

Last night and this morning, I went through all kinds of emotions that came out of the theme of not “being there for me.”  Then I thought of two stories.

One was related to my friend Patricia who was at a very low point in her life for half a year when she struggled with her relationship while being jobless at the same time.  Even though she had exited that period of darkness, and spoke of it lightly, I was quite sad to hear that she had to go through that alone, without the support of friends, and I felt ashamed and guilty for not being there for her when she most needed someone.  Although she didn’t blame me at all for not being there for her, I as a friend felt very inadequate.  But then, at the time, I would not be able to be there for her.  In fact, I had deliberately stayed away from her, without knowing the details of her struggle, but knew that she was clinging to humans like koala clinging to trees.  I would not be able to handle that kind of heaviness and desperation in that period of my life.

Another was related to my acupuncturist and friend Beth whose younger brother died.  When she told me about it, I was lying on the massage bed about to be poked with needles.  So first of all, I wasn’t even physically able to hug her or give her a pat on the shoulder or any simple gesture to denote my sympathy and support.  So I opened up the topic verbally, asking her if she was sad.  She wasn’t really grieving, at least not to the point of collapse or incapacitation, and she was able to keep going with her life, her work, her kids, etc.  Though she did talk a bit about the situation, and thus gradually opening up emotionally, I found myself not willing to go there, not really wanting to give her all my attention to listen to her story, because it sounded like it would be long and complicated, which might be overwhelming for me, so I psychologically moved away from that topic which essentially was the same as closing it, and she responded verbally by ending the topic.  I could have opened up the topic again when I was out of the treatment and was standing at the reception desk, but I chose not to touch on the topic, and she didn’t appear to need to lean on me.  I think there was another perspective to this story, in that we had a dual relationship, which could be challenging as the roles and responsibilities of friends, client, and healer interchange, and so the expectations also fluctuate a lot.  There was no clear boundary.

As I reviewed the two stories and my behaviors in them, I came to an understanding, a reconciliation, a completion of this theme.  I was eventually at peace, when someone who was supposed to be there for me could not be there for me.  The anger and resentment melted, and were replaced by acceptance and peace.

Then I went deeper into my issue last night.  Why did the person refuse to support me when I specifically asked for it, and when I was vulnerable?  Moreover, why was I put in a position to please and accommodate the other person when I was vulnerable and needed support?

The story that immediately came to my mind was how my mother was abused when she was dying.  When she was healthy, she could and would stand up for herself.  But when she was defenseless, the other person’s previously repressed resentment and anger all came up to the surface, and he delivered his blow at her conveniently and effortlessly, with great satisfaction too.

That kind of dynamic was imprinted in me when I was a child.  At the time, I was conscious that the abuser was cruel, but what I was surprised to learn was that my mother did not fight back.  I think I absorbed a lot of her emotions as I witnessed the abuse.  And perhaps unconsciously, I grew up to repeat the same pattern as her.

Now, the same situation was playing out in my life, and I looked left and right, wondering what exactly was creating this experience for me.  I don’t even know how to describe my emotions when the closest people in my life are the ones who strip me of my resources when I was at my most vulnerable, leaving me defenseless, helpless, and powerless.  They have to keep pushing me until I reach that utmost destitute position in order to be satisfied with me.  Furthermore, I see my coping mechanism with intimacy and people who are supposed to be close to me—that I am distant, that I don’t put 100% of myself in the relationship, that I always have one foot out of it, and always looking to exit or flee. Non-committal. Fear. Distrust. Isolation.

I had my fourth mushroom trip yesterday.  Just like before, I didn’t have any hallucination or altered state.  It felt like a detoxification of my nervous system.  But I wonder if the revelations as well as the experience I lived last night were a result of the effects of the mushroom.  People said their “bad trips” were illuminating and transformative, in the sense that they got to see how their problems came about.  If that’s the spiritual effect of psilocybin, then I guess I don’t actually need it, as I can actually arrive at the illumination in my waking moments, when I am sober and going about my regular activities.

Similar to a bad trip, a bad real life experience is not a bad thing, because it is meant to be a life lesson. So I will continue to learn and graduate from all the lessons that life throws at me.