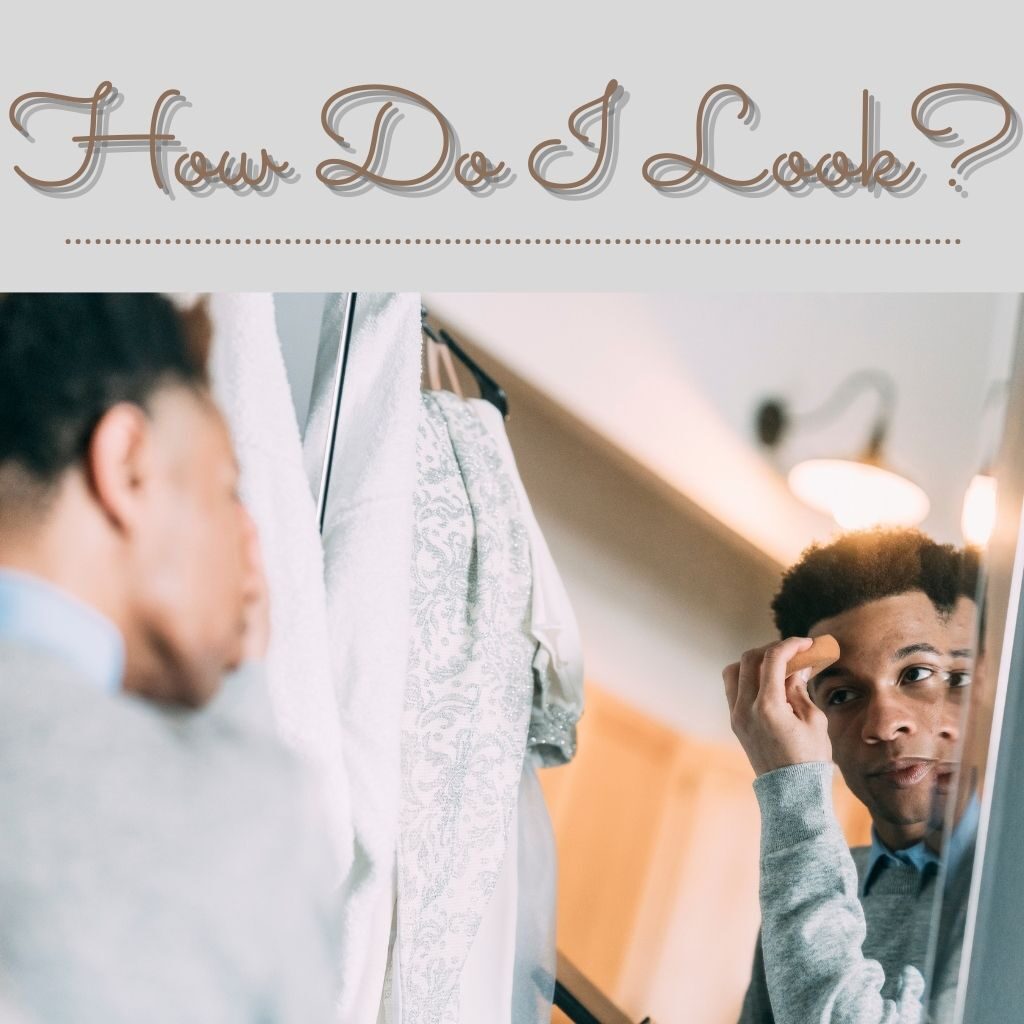 How Do I Look?

I did a very strange thing this morning.  I heard footsteps coming down the staircase next to my condo suite.  I went to the window to see if it would be him.  I have a northwest facing window that overlooks the door leading to the staircase.

So I stood at the window.  For a few seconds, it was quiet.  No one came out.  I just stood, looking and waiting.

Then someone appeared from the door.  It was him!

He saw me.  Surprised.  He didn’t know what to say or do, he looked like he was going to step toward my balcony, but then he stalled and wanted to head toward the LRT station which was away from my balcony.  Then I noticed he was talking on the phone.  But momentarily he removed his phone from his ear, and with his other hand, he pointed at himself up and down, asking me something.

I gave him a blank look, saying, “What?”

I still had no idea what he was saying or asking, so I went to open the balcony door because my window doesn’t open—it simply lets in light—and said, “What?”

I thought to myself, ‘What?!’  That was a silly and redundant question.  He always looked the same to me.  I never noticed much variation in him.  He didn’t wear anything out of the ordinary, just normal clothes. My mind only did one thing: recognition, not judgment.

But instead of telling him what I truly thought, I gave him a big smile and a thumbs up, because I knew deep down he had very low self-esteem.  He seemed satisfied with my answer.  He waved and rushed toward the LRT which was about to leave.

I went back to doing what I was doing before, but amused and smiling.  Smiling because in that moment, the word flamboyance came to my mind, even though he was actually quite low-key, but in that moment when he was so concerned about his appearance, he reminded me of John who tended to be flamboyant.

And I was amused by his question.  I honestly couldn’t understand the psychology of being so concerned about physical appearance.  For me, I can just walk out looking like a garbage lady; it doesn’t matter.  If I need to go do my thing, then I go do my thing.  Why would it matter what I wear or how I look?  My objective is clear—run my errand.  Everything else is just noise.

Your confidence and self-esteem are inside you, not outside of your skin.

A couple days ago, when John honked at me as he drove past me on his way back to our condo complex, his hair was like a long hair guinea pig—unstyled or freestyle, however you want to describe it—some standing up and pointing in odd directions, and others lying flat.  I was so amused by his hair that I was wide-eyed and grinning at him.  But he had to go home first so he said, “I’ll come back,” then he drove away.

Later, when he drove over to my place, his hair still in the same state as when I saw him earlier, so I marveled at his hair, again grinning and amused by this guy who threw his flamboyant nature out the window. I had the urge to pet him.  It was so funny-looking that it was lovely!  Interestingly, he didn’t mind me looking at him like that, which was exactly how a guinea pig would behave if you stared at it!  It would be completely at ease, almost disregarding your stare.

My point is, it’s totally okay to look natural and uncomely.

I myself didn’t comb my hair when I stood at my window looking out.  So when he saw me, I was not at my best.  In fact, I had just finished eating, and didn’t even wipe my mouth yet!  But still, it didn’t matter.

This is one thing I like about interacting with neighbors.  I walk around looking shabby, but they still talk to me, play with me, etc., which is very different than if I were to go on a date to meet a guy.  For that, I would put some effort into my appearance, though I feel that it is unnatural.  But that’s almost the rule of the game.  Just that it feels like a roundabout way to me.  You want someone to accept you totally for who you are, so that person should like you when you are your most natural self, not when you are artificially made up.

I have stopped using the dating app.  The last guy I had looked forward to meeting, L, deleted me after he met me.  And the other guys too, with the exception of one, who is still occasionally messaging me, but only about psilocybin.

I surrendered.  There was something larger at work behind my conscious awareness, something that I couldn’t go against.  So I stopped fighting it, and instead, allowed the universe to show me what it had in store for me.

I had my third mushroom trip yesterday.  So when I had the strange encounter this morning, I noticed the mushroom shifted something in me.  Normally, I would be too shy to stand conspicuously at the window looking at passers-by.  Instead, I tended to hide behind the curtains, peeking—wanting to be seen but feared to be seen.

And I noticed that instead of looking at my other window which faces northeast, in the direction of John’s suite and car, like I usually did, I looked toward northwest today. Subtle change … I wonder where this change will take me.