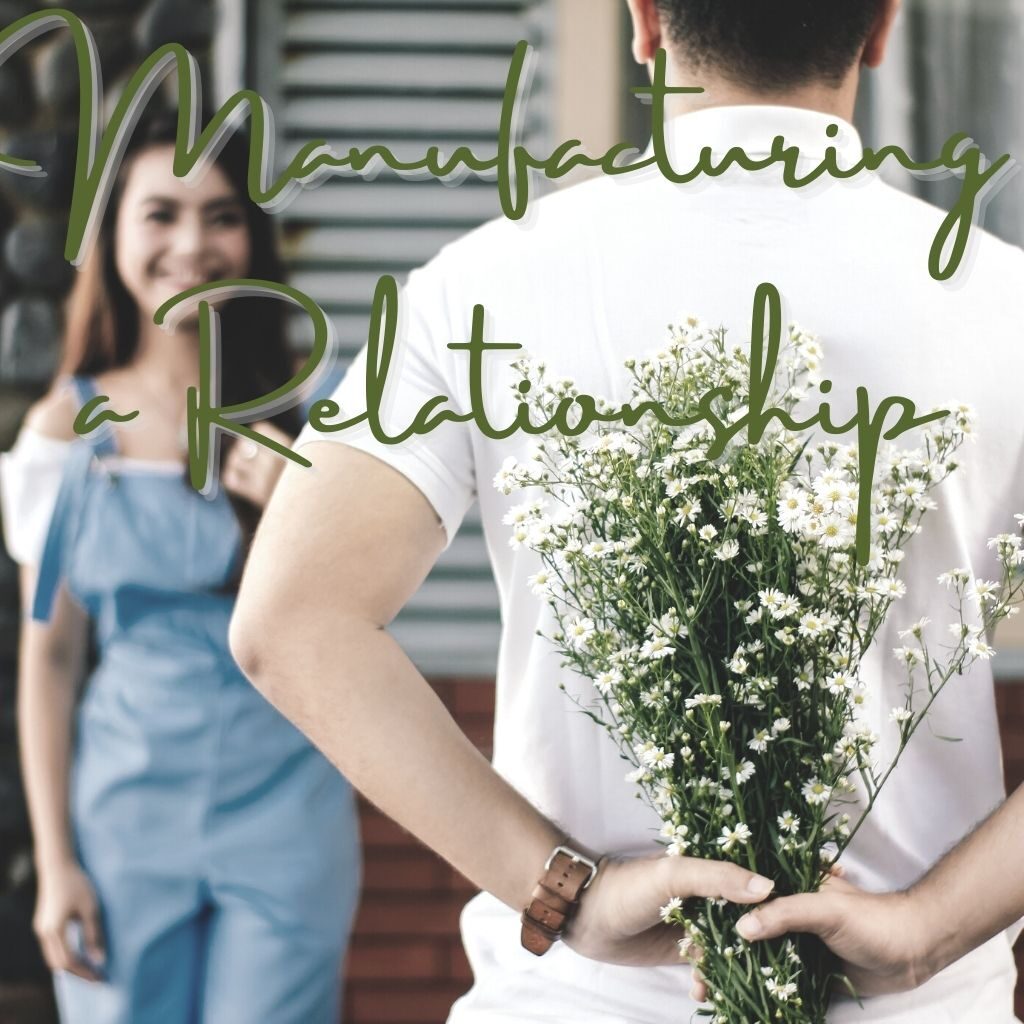 I opened up my entire Saturday, yesterday, to experiment on something new, and the result was turmoil in my psychological space.  But now that the dust has mostly settled, I can see some of the reasons and meanings behind the dust that was stirred up.

I can now see that I had manufactured nearly every single distinctive feature of my relationship with the guy upstairs.  The conception happened in my past.

The fact that this guy upstairs came into my life was nothing short of a miracle.  He came to Canada right before the start of the pandemic.  Every airport that he flew from closed immediately after his plane took off.  He narrowly escaped every one of those gates.  Though he did not come to Canada because of me, but his appearance in my life was.

When he told me his narrow escape, I could feel a surge of emotions from him; it wasn’t just luck or relief, but intense fear and suspense.  The predominant energy hovering in the mainstream consciousness at that time globally was excessive terror and panic.  To be able to cut through that, to move half way across the world through that, was a superhuman endeavor.

The psychological equivalent of his trip was like one of those illegal migrants crossing the strait to reach Europe, a journey of intense emotions.  What kind of human can take on such extreme pressure?  I know I am not one of them.  But on my side, his story stirred up a different set of emotions.  I felt immense gratitude, appreciation, and consolation that this person had appeared physically in front of me to tell me this incredible expedition.

But as I had withdrawn my emotional investment from this relationship, an act that was more surgical than natural, I now review it from a different height and position, to gain an understanding of why.  How did this come about?

I thought that once I had withdrawn my emotional investment, I could just walk off like the breeze, but strangely, there were still many loose ends that I had to take care of, to finish off the business.  It’s like closing a bank account; aside from withdrawing the cash, there’s still paperwork to be done.  I find that I did not do all the paperwork, and now those papers are catching up to me.

In the book Not Your Mother’s Rules by Ellen Fein and Sherrie Schneider, it talks about a woman’s need for closure in a relationship.  It advises not to bother to have a closure talk with the man, because men don’t need closures.  Before reading this book, I didn’t know that, and thought that it was only fair to give the other side an opportunity to close the relationship, at least that’s what I learned in establishing and maintaining a healthy relationship.  But after some psychological adjustments in the dating pool recently, I came to understand that this absence of closure applies to people (both men and women) who had no emotional investment to begin with.  It’s like you never opened a bank account.  Then obviously you don’t have to close it.

In my case, I did open an account, so after emptying it out, I will also have to close it down properly.  As for him, I feel that he did invest, a little, and it was only after seeing that I put emotions into it first.  If I didn’t put anything into it to begin with, he wouldn’t put a cent in.  And if I put less than him, he would also not incline to invest.  So his investment was conditional upon my investment and commitment.  In other words, I was singularly responsible for owning and managing the joint account/relationship, while he mainly sat back and enjoyed the benefits, much like a king—only waiting to be served, but not designed to voluntarily contribute.  It’s not a balanced relationship.

I searched within me for the cause of the imbalance.  Then I went sideways to look at a friend who does everything herself, in her business and in her previous marriage, not leaving enough opening to allow someone else (her partner) to come in to participate and help out.  I notice that I have the same underlying pattern as her, that’s why we ended up discussing business partnership together.

So my inability to open up enough of myself to let someone else step into my life to participate and share lives together is probably the underlying cause of me manufacturing the imbalanced relationship.

Because I do not have enough clarity of how to navigate around this, and other problems that popped up in my relationship with the guy upstairs, exiting the relationship was the quick and easy solution.  But how do I know that I won’t be manufacturing the same problem in my next relationship?

Currently, I am stepping in the place of abundance in attracting the next guy L, and L had suggested a French place to meet (after I told him that I don’t have a vaccination passport!).  Previously, I was in the place of lack when I conceived the expiring relationship, and accompanying my lack mentality was a sense of inferiority and unworthiness.  So this time, I am activating a sense of worthiness, standing firmly in the belief that I deserve the best, and not tolerating anything inferior.

While exiting the relationship with the one upstairs, I am also grieving the loss of my own creation.  Not the loss of him or the relationship, but grieving all the efforts and energies that I had put in to manufacture something, and yet as soon as it was born, I had to smother it, simply because it was not good enough.  That’s like killing my own child.  That’s tremendous grief!

When I look at this part of me, I also arrive at the understanding and acceptance of the wound of abandonment that my deceased mother carried when her parents chose her out of all of her siblings to be given away.  Perhaps this is a roundabout way to heal an intergenerational wound, an ancestral imprint.  But as I review my life experiences from a more elevated perspective, I am more able to assimilate them into my consciousness without rejection and resistance.  That’s my path to becoming whole.

One of the things I learned lately is that, the bad experience is something we need to transform ourselves.  So I give thanks to the one whose appearance in my life was nothing short of miraculous, and to thank him and his soul for actualizing my creation and in doing so, gave me the lessons I needed to grow.