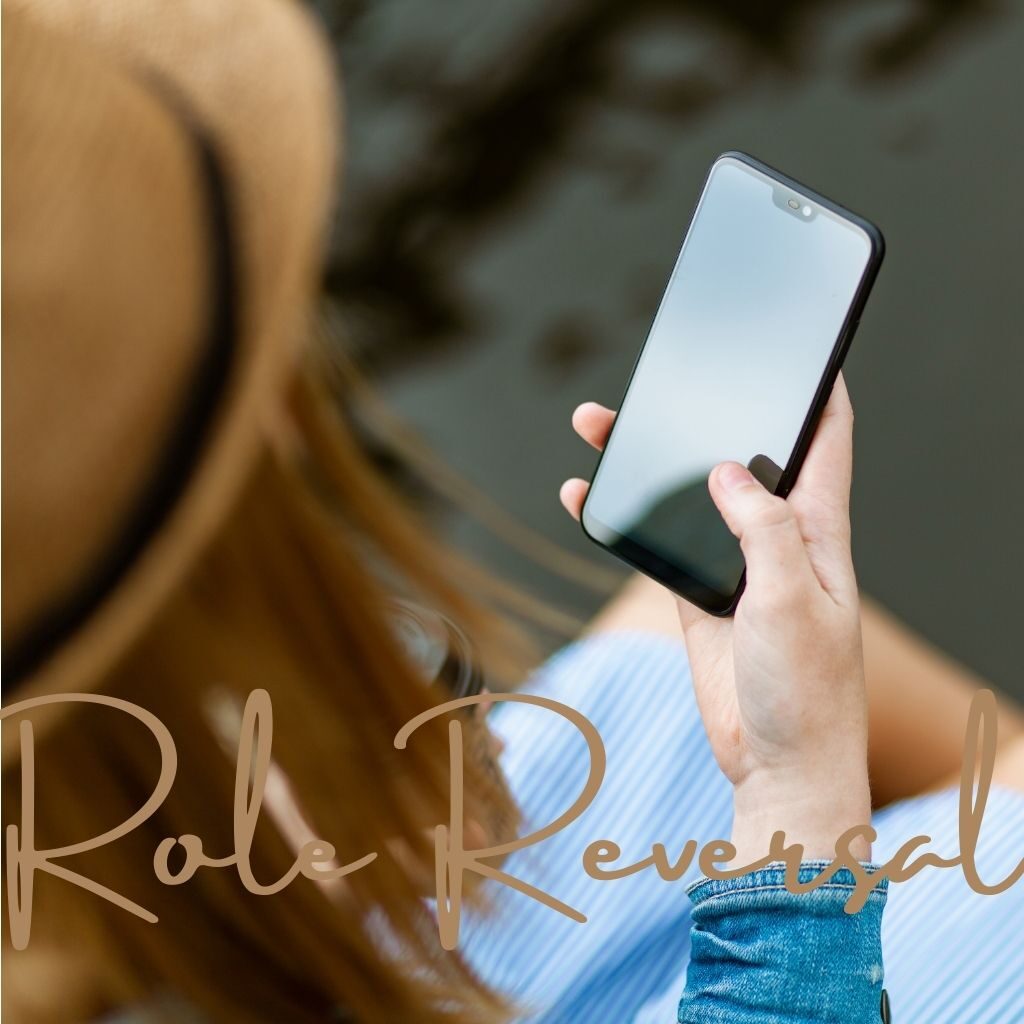 A few days ago, I asked John for his number.  After we finished playing ping pong, he wanted to have a smoke and I wanted to go home.  So he asked me if my balcony had chairs.  I said, „No, but you could sit on my balcony.“  We walked out of the gym together, heading toward my balcony.

Upon opening the gym door, I asked, “Do you want to exchange numbers?”  I was holding my phone, ready to type in his number.  But he was silent.

We walked a few more steps.  He still didn’t say anything.  So I said, “No?”  Thinking that he didn’t want to give me his number, I put my phone back into my pocket, then zipped up my pocket.  Then he started to say, “Five eight seven …”

“Oh …” I unzipped my pocket and retrieved my phone, realizing that he was giving me his number.

After I finished typing, he asked for my name, and I spelled it to him.

If my memory serves, it was around that point that he said that I could call or message him whenever I wanted to play.  In other words, he was trying to find a reason for the number exchange.  But in my mind, I wasn’t thinking so much about playing, but about having the opportunity to talk to him whenever I need to.  It’s nothing serious actually, just that sometimes Lucas freaks me out a bit and I would like to be able to talk to someone about it.  We have talked about Lucas.  For example, that day I told John what Lucas said to me:  “I want a woman.”

The strange thing is that Lucas only says that to me, and not to John.  And he said it a few times too.  That day he even asked me to let him sleep at my place (because he’s about to be homeless).  So when I put these two pieces of information together, I found it a bit scary.

Anyhow, I thought that was my main motivation for asking for John’s number.  Now that I think of it, what I wanted was a sense of safety, protection, assurance, etc.  And having John’s number at my finger tips would offer that.  In truth, I should have no problem fending off Lucas, but having someone by me would always give me that extra comfort and security.

I didn’t tell John explicitly that I would need his help, but lightly joked about sending him SOS messages in case Lucas did something.  Now that I think of it, I should have made my intention clearer for him, instead of leaving him in the dark.  And now I see why I didn’t make it clear.  I was afraid to ask for help.  Deep down I still have the imprint of helplessness, that nobody will be there for me, that even if they see me suffer, they will just stand by and watch me suffer.

On another line of psychological development, this event very much reminded me of the other guy who asked me for my number when we bumped into each other at the elevator.  At that time, I had this very strong impression that he was collecting my number like collecting trophies—not intended to call, only intended for safekeeping.

I had wondered about why I would have that thought, and came up with various possibilities.  But it was only until now, when our roles are reversed that I can fully comprehend the reason and meaning of that event.

I am starting to realize that I am also collecting John’s number like I am collecting treasures.  My motivation is for security and assurance.  But I think that guy’s motivation might be to have something to cherish, just like how some people will buy limited edition shoes, polish and display them, but never wear them.  Object of fascination serves a psychological purpose.  I am not able to precisely describe that psychological satisfaction, because I don’t operate like that.  Nevertheless, I am coming to understand why he wanted my number but never called.

He asked for it on two separate occasions actually.

As soon as he got my number, I started to expect his call.  But it never came.  So these few days, a thought sporadically came to me:  what if John is expecting my call too?

I don’t want to put John in the same psychological position as me, of waiting for something that will never come.  But then, I can’t actually message him to tell him, “Hey, don’t expect my call.  I am not in the mood to play these few days.”  I can only be silent.  I think that’s what normal people do?  At least, that’s what others did to me.  If they don’t need me, they don’t call me.  And John never invited me to call him anytime, about anything; which I took to mean that I couldn’t do that even if I wanted to.

Ah, miscommunication and lack of communication!  It takes a role reversal to understand each other!

I am starting to see that there is a larger force at work, moving us into different scenarios and roles, for us to experience the full flavor of each, most likely for the purpose of our personal evolution. It can be an exciting process, if you are aware of the larger forces at work, knowing that everything is happening for you, instead of to you. I am hoping that I can sit back and enjoy the ride, even if it might be a bit tumultuous. I hope you can too!