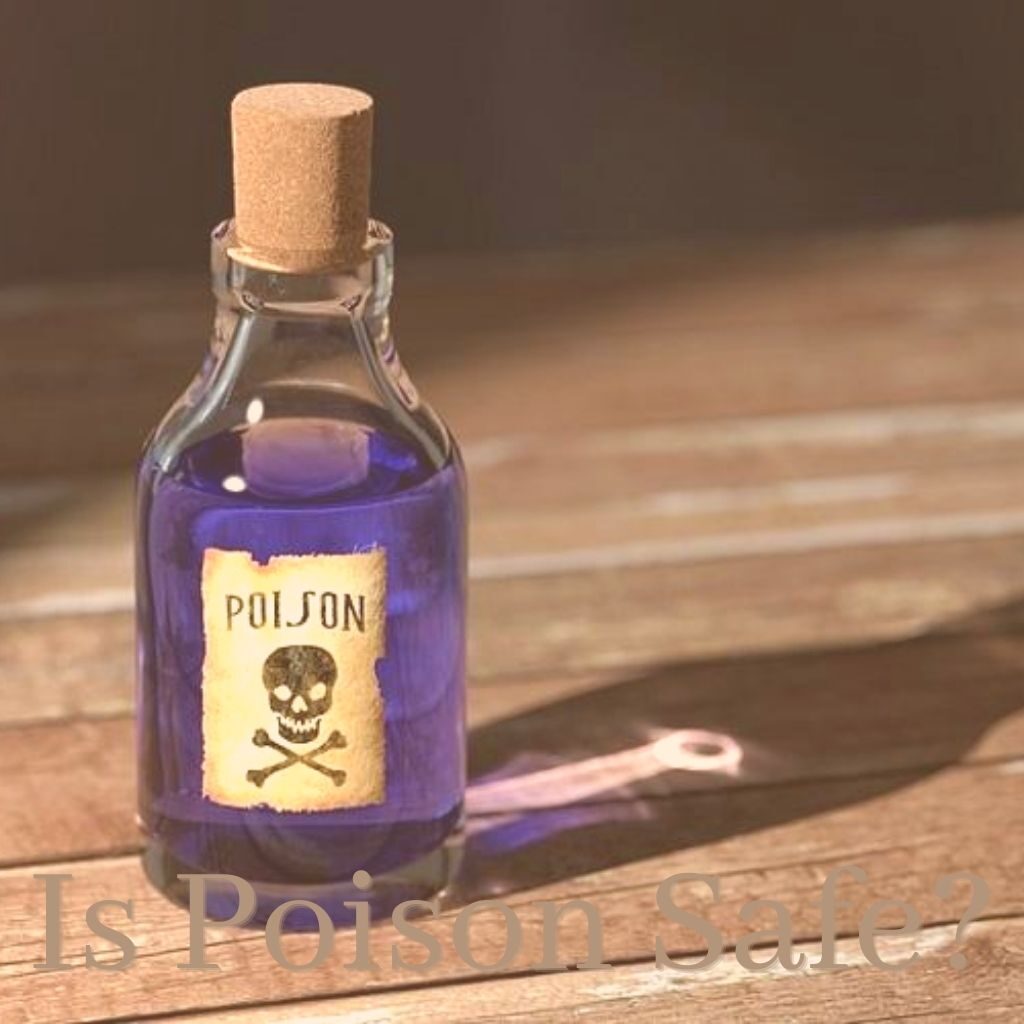 I came across an article about poison in medicine.  It reminded me about the iron pills that were prescribed to me a few years ago both by my family doctor as well as the internal medicine specialist.

At the time, I was afraid of the high dosage.  Normal person needs maybe 15mg a day, but my prescription was 300mg a day.  Anyone could see that was an overdosage.  I Googled the internet.  It said that high amounts of iron was toxic.

I voiced my concern to the doctors, but they dismissed my concern, saying that it was safe to take 300mg a day.

I was not convinced.  I walked away with my doubts.

I did eventually develop side effects from the prescription.  I went off the supplements entirely, and didn’t see the doctors for a year and a half or so.

When I eventually used the MIR Method, a method that capitalized on the power of the unconscious, it led me to visit my first acupuncturist whom I hadn’t seen in several years.  One of the things she said, with emphasis, was:  “Take your iron pills.”

At that point, my iron level was half of a healthy person.

How to raise my iron level?  By addressing my fear of toxicity.  Not by taking the supplements.  Because if I had the psychological block (fear and worry), and I physically took the supplements, the iron would go sideways, not going to where it was actually needed, because the psychology affects how energy flows and how the body processes inputs (food or medicine) hence causing all kinds of side effects which eventually forced me to go off it.

When I addressed my psychological issues around anemia, I came to understand the true meaning of toxicity, and it’s more or less what the article said.  Poison is simply a high dosage of something.  At low dosage, anything is safe, because at most, it’s negligible and inconsequential.

But it’s meaningless if you take some medication at low dosage, because that would not create the necessary effect in your body.  So it has to be at a high enough dosage to cause a desirable effect.  But what is an effective dosage to you may be poisonous to another who doesn’t need that much.  So here is the distinction and definition of poison.  It is not in the content, but in the context.

Context and content.  Their interaction, relationship, proportion, and dynamic give rise to their effect and value.

In the absence of the right medical guidance to help my mind understand what I needed at the time, what did I use to navigate around my medical condition?  My intuition.

And I am still using my intuition.

Now that I see this article, everything it says is exactly what I have discovered intuitively.  Furthermore, when listening to our own intuition, there’s sometimes a blur between intuition and psychological wounds.  The latter could be our fear, shame, guilt, etc., things that shout much louder than our intuition, such that we could not be sure of the voices of our intuition.

So sometimes I don’t trust my intuition.

When there’s so much conflicting data out there and in there, which do we trust?

That’s another lesson which took me years to learn.  Trust the vibration that is high.  It has a distinctive quality.  It is light, swift, clean, etc.  It is not heavy nor noisy.  It doesn’t cling nor disturb.  It should feel just right, or feel good.

Some people may have a clean and stable enough energy field to confidently to lean on their intuition.  Some may not.

How do you tap into your intuition when you are in a dire emergency?  Because often, it’s the lack of interior clarity and stability that drive you to the crisis in the first place.  So to get someone who cannot access their intuition to listen to their intuition, it’s a circular problem.

I’m saying this because I was in this circular problem for years.  External help had minimal effect, because if I could not help myself, no one could help me.  Even if I went to the doctors and followed their instructions to the tee, I still wouldn’t be able to drag myself out of my physical problem.  The psychological problems must be addressed first.  And who’s going to address my psychological problems?  Me.

Build yourself up, one step at a time. Just like you can’t rob the bank to be rich overnight, you have to build your wealth up, one day at a time.

A couple days ago, a friend who was younger than me said he was diagnosed with cancer, and was immuno-compromised so he couldn’t go on chemotherapy.  Certain details didn’t make sense to me, so I asked him why.  He did not have clarity, because the doctors didn’t give him clarity.  I noticed that he had a quiet acceptance of the situation.  A sense of powerlessness.

My personality is a bit wild and rebellious, and don’t like to take no for an answer, even if it came from a medical professional, a medical institution, or a medical system.  You can be as big as you want, but if you say no to me, to my life, to my health, you simply have no place in my existence.  You don’t have that right.

But a lot of people respect and submit themselves to such authority, institution, and system; and by extension, to the lack of clarity and hence ignorance, and everything that falls out of ignorance—anxiety, fear, helplessness, etc.

Today, when I read the article about poison, I found relief, consolation, and hope that my intuition had guided me in the right direction.