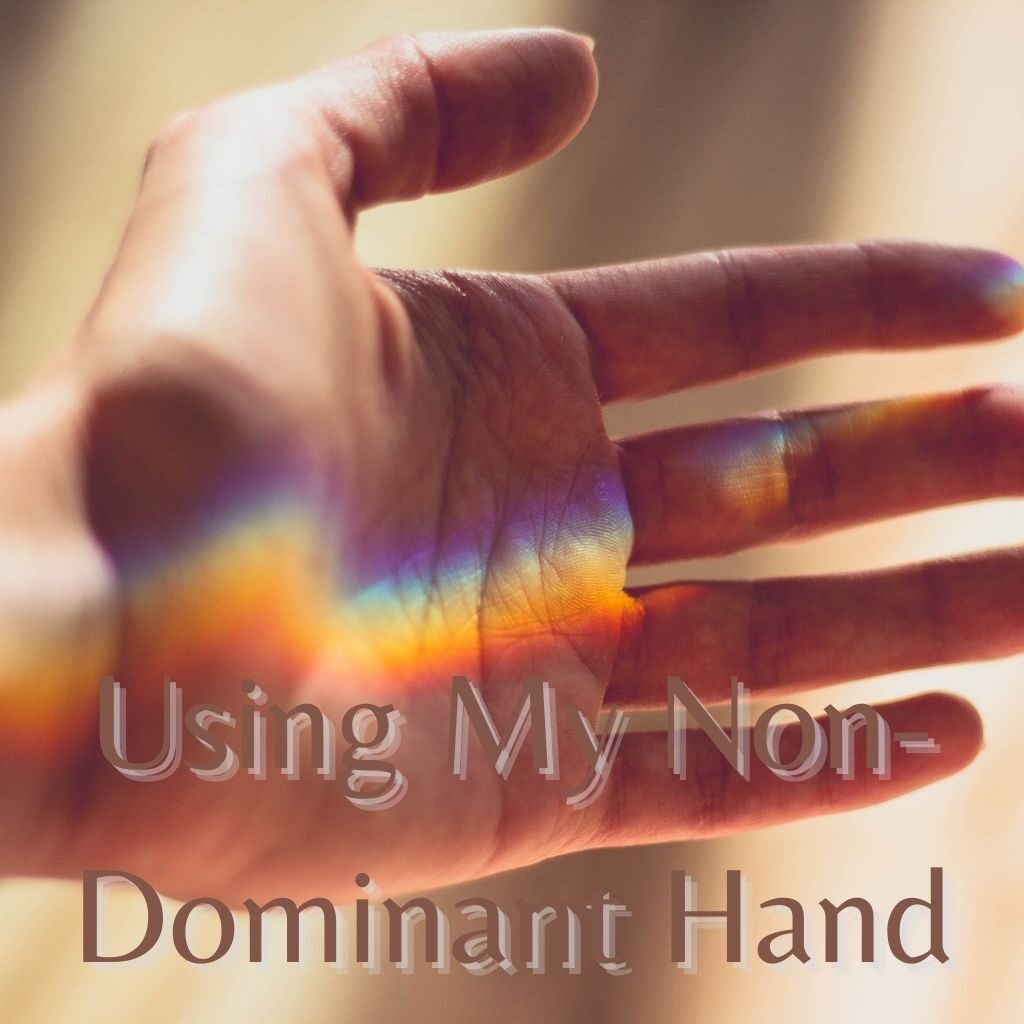 In the last few days, I trained my left hand at ping pong, only for a few minutes each day, due to the dreadful awkwardness where each second felt like eternity.  Amidst the frustration, one clear and loud message came to me:  Persist!  Hence I did.

Yesterday, I felt a significant upshift in my performance, allowing me to play for a few minutes longer without the accompanying dread.  Then the rest of yesterday I sensed improved dexterity and agility in my left hand.  My fingers were more delicate and lively in their movements and in handling objects, as well as sharper in nuanced tactile sensory perception.  Psychologically, I felt that the neurological development was fueled or propelled by a certain confidence and exuberance, because when my left hand interacted with the outer world, there was a new sense of boldness, firmness, and assurance; compared to what used to be a general weakness and shyness, like the left hand wanted to retreat from the outer world, much like a turtle wanting to retract his head into his shell.

Muscularly, I also felt a lot more relieved in my left shoulder, like a knot had been loosened in the trapezius which had the cascading effect of loosening a few other parts down the left side of my body, including muscles above my stomach and left quadriceps.

The psychological, neurological, and muscular adjustments very much surprised and made me look forward to my practice today.

I used my left hand exclusively. More than 80 minutes.

I told my body that I needed to give more attention to my left hand, and the rest of my body agreed and accepted this plan without jealousy nor complaint.  It was like a family meeting where everyone was supporting and encouraging my left hand.

There are some major differences with training the non-dominant hand, because certain basic movements that are usually instinctive and natural for the right hand are actually foreign to the left hand, so training was actually quite a conscious awakening.

I started out with questions like, “Why are you not hitting the ball?” and “Why do you hit it like that?”  And I evolved to questions like, “How can the rest of my body support you?”  That was the point where I learned to connect the rest of my body with my left hand, and my overall movement and rhythm became more natural.  This was a critical moment in my personal growth as I came from a family that kicked me when I was down, and so in my healing I needed to relearn not only in my head but also in every level of my body what unconditional love and support was like.

I was so moved by my left hand’s performance today that it was like witnessing your own child take her first steps.  Deeply touched, and extremely marveled!  I’m ravishing the reward of the persistence and patience that I invested into myself.  Part of the road to healing is self-parenting.

The recreational center was very quiet today, and because my entire practice was leaning toward the left side, so the large window on my right side lost its allure, resulting in a much calmer practice.  Then half way through my practice I decided to adjust the lighting, experimenting with the effects of different combinations of lighting, and eventually settling with the dim recessed lighting while turning off the wall lighting and the ceiling fluorescent tube lighting, as the recessed lights were the only warm toned ones, whereas the other two had harsh cool tones.  Reduced lighting on a cloudy day really helped me energetically pull my energy inward, as I picked up less sensory data from my outer world.  So that helped me to keep my attention more on myself, than on everything else around me.

Training my left hand brought some interesting discoveries.  One of it was the use of forehand.  My dominant hand tended to default to backhand swing at least 95% of the time.  However, my left hand would naturally use the forehand, although my mind quickly intervened, telling it to act like the right hand, so then it stopped using forehand.  Later I noticed that behavior and deliberately encouraged it to use forehand again, but it had lost its natural tendency because at that point it had already sufficiently developed the synapses for backhand.  Extending this situation to a child’s development, if you were to let her evolve without too much intervention (control), she might not carry on as much of the unconscious ancestral baggage, and thereby had a greater chance of becoming her own independent person.

At one point, I wondered why some people had a tendency to use forehand while others backhand.  So I psychologically traced my own inclination, and noticed that backhand tended to be more reserved, holding myself in, protecting myself, while forehand tended to be more expansive, open, and outwardly. The connection between my personality and my physical movements then became conscious to me.

I didn’t use muscular strength in my arm.  And the racquet I used had no rubber grip–it was ripped off so only the wood was exposed, requiring very little energy from me to hit the ball.  The energy expenditure of my arm was roughly the equivalent of tapping a credit card on the card machine.  As per my body’s wisdom, my training was neurological and psychological more than muscular.  So I was not exhausted from my practice, and this has been my overall aim in my physical healing—energy conservation through efficient use of energy.  The journey so far has been an exciting one, because by learning to effect things with less strain, I gain a new sense of power, psychologically as well as physically, which totally revolutionizes my understanding of myself and the universe.  When you have been stuck in the dark for a long time, a bright new way of life that is relatively effortless becomes such an enticing exit that to be able to witness yourself stepping through it is such an earth-shaking event that is deeply moving all the way down to every cell of your being.

I could have played ping pong longer, but I needed to save some time to play pool, which was something I decided to incorporate into my therapy because it helped to balance out the adjustment from ping pong.  First thing I noticed about today’s pool session was that my left hand wanted to play.  It wanted to express itself through pool!  And somehow, switching between the two hands helped to balance my left and right brain hemispheres, after which a sense of renewed harmony ensued.  It was exhilarating!