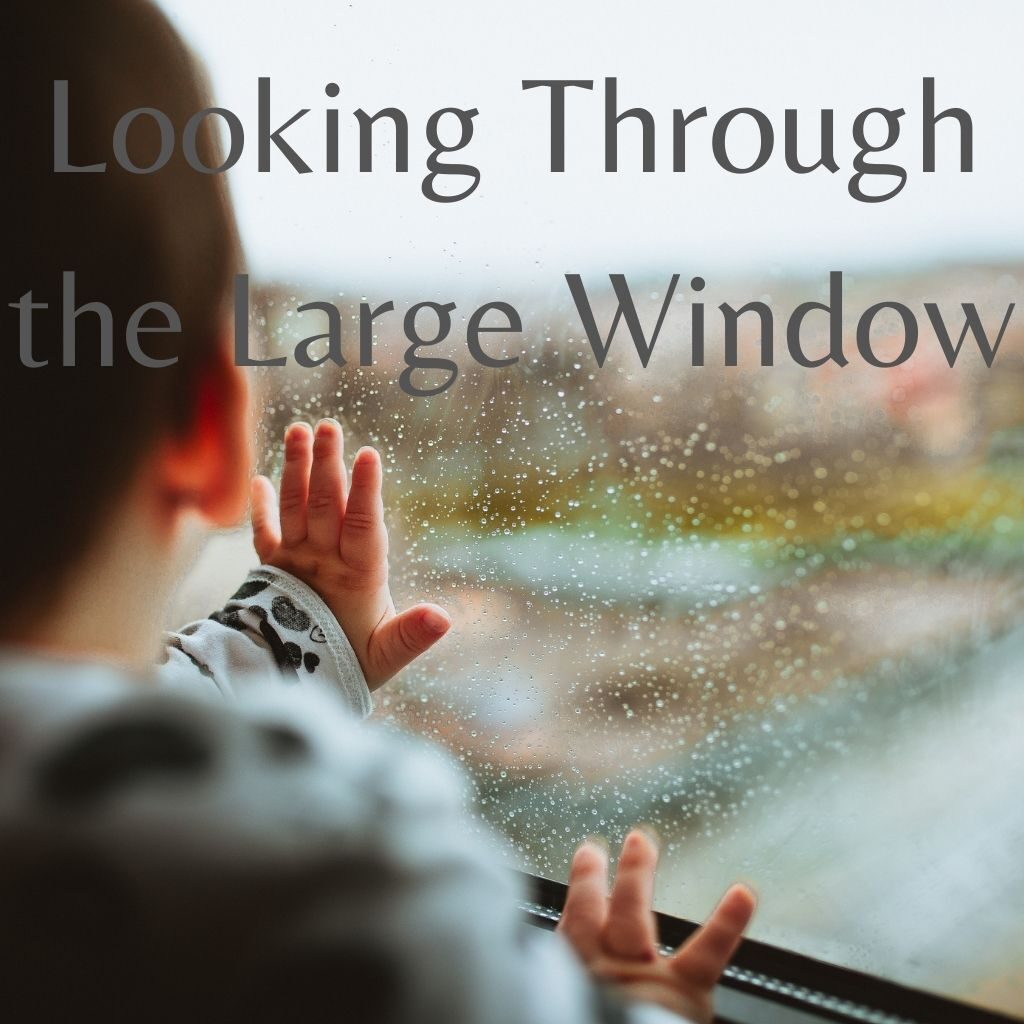 Looking Through the Large Window

The large window next to the ping pong table used to function like a television screen for me. Instead of an opening that let natural light in, it let in the outer world.  I used to look out of the window a lot while practicing ping pong, and the commotions outside amused me.  Once, there was a man who spent at least 20 minute taking garbage out of his suite to the garbage bin outside.  I became curious about him, and for the next few days I saw that he invited friends over and moved things out. Then cleaning crew and painting crew came and went.

Today, I became consciously aware of what this window meant to me.  I was dissociating a lot during my practice.  In the past I would look at my watch often, every minute or so, because I required myself to do a minimum amount of training, but at the time, I hadn’t learned how to enter the “zone” yet, so I couldn’t psychologically enjoy the game, so every minute of it was dreadfully slow and boring.  Later, when I figured out how to enter into my psychological space and stay in it, psychological time went by a lot quicker, and I didn’t have to check the time that often.  After that I got distracted by the window as I realized that there were so many things going on outside.

I didn’t think I would need to address this tendency until today, because my body could operate just fine without my mind being totally present.  In fact, my body sometimes seemed to perform better when my mind was not controlling it.  Then today, when I observed my desperate need to look out the window, I sensed my compulsiveness and the emotional charges that were fueling it.  That’s not supposed to happen.  So I tried to ground myself back into the room and to focus on the ball.

That didn’t work, despite numerous attempts.

Every time when I served the ball, when I positioned myself closest to the window, my attention flew out of the window.  My body would do its thing.  But my mind was not with it.  So I deliberately kept my gaze away from the window.  I closed my eyes, took deep breaths.  No use.  Even when my eyeballs were looking at the table, my mind was elsewhere, projecting my consciousness out of the window. Mind-and-body split.

I kept pulling myself in, telling myself to look at the ball in my hand, to feel the texture of the ball and the racquet, registering every bit of neurological data that I could grip onto.  Momentarily, I could feel myself coming in a little bit, but I bounced out just as quickly.

So I changed strategy.  Rather than pulling my attention back to the table, I traced the source of my compulsion–my need for attention.

When you have a need, and it is unmet, you would crave for it even more, in an attempt to generate more force to pull it in.

So I gave myself the attention that I needed.  Placing my awareness at the spot where the compulsion originated, asking, “What do you need?  What do you have to say?”

The resistance subsided.  I was still dissociating, but at the same time I was also able to engage more in my present activity.  And by way of distraction, I could enjoy the game more, although aware that the root of the problem was still there, hovering in the background, temporarily pushed aside due to inconvenience.

Now that I go back to it again, asking the same questions, and listen.  It is hesitant to speak up.  But it is very clear that it wants attention.  This feels like my wound of emotional neglect when as a child I wanted attention but I couldn’t get it and was not allowed to ask for it.  I could only keep quiet, patiently and passively waiting, hoping that the attention I needed would come my way.  Silent longing.  Eager gazing, at the person who could but refused to give me attention.

I couldn’t cry.  Couldn’t whine.  Couldn’t express my emotions in any way, for fear of punishment.  So I built up more walls and blocks to hold my needs in, to silence myself.  Whatever I needed, I needed to build up an equal or greater amount of resistance to squash that need, to make sure that I was unheard and unseen.

Yet, at the psychological level, I cried even louder.  I prayed even louder for help.  Very very very loud!  Again and again.

I cried so loud in my mental space that I am pretty sure that all the invisible beings in the universe heard me.

My earliest recollection of crying out loud psychologically (but not physically) was when I was three and living in another city that was a two-hour drive from my parents.  My mother eventually came to check on me as she was worried, although I think what made her come was not her worry but her sensing my cry.

My habit of crying out loud in my psychological space continued for years and decades since then, as the emotional neglect was never addressed.  Although in my years of healing I try to clear this coping mechanism, I feel that its emotional residue is still in me.

And now I see that this large window, I see yearning. It not only lets the outer world in, but more importantly, lets me in to my inner world. Through this window, I want to say, „I see you. I hear you. And I’m here for you.“