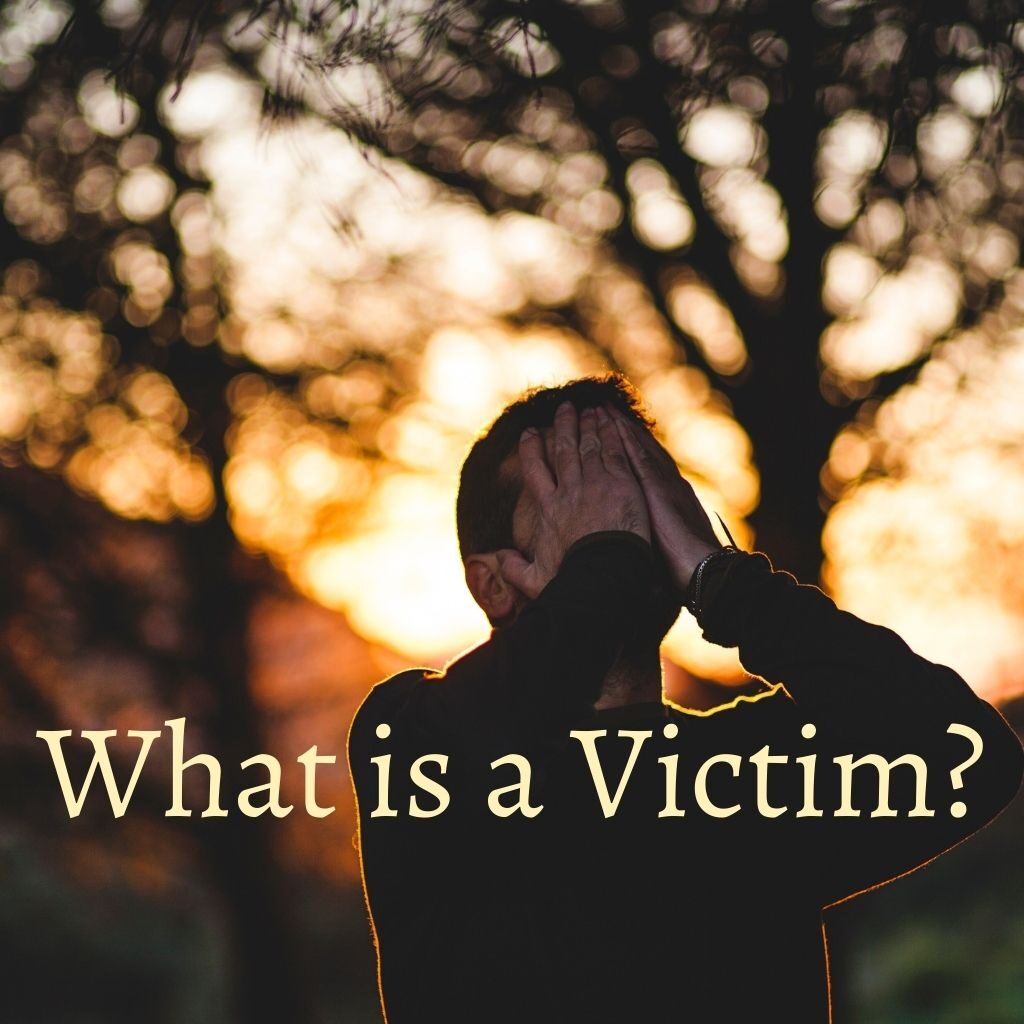 What is a Victim?

I saw an interview of Candace Owens bashing Michelle Obama, Meghan Markle, and those alike for their victimhood mentality, specifically, for invalidating their claims of being a victim, because they are too privileged to be victimized.  A lot of people agreed with her.  Immediately, all kinds of thoughts entered my head.

First, who decides if you are a victim or not?  You, or someone else?  If it is the latter, then does that person have to have some expertise in the area of psychology, or can it be just anyone off the street who doesn’t know you?

Second, what is the definition of a victim?  It is someone who has been harmed.

Third, on what basis can someone refute your claim of being harmed, of having suffered a loss?

Fourth, if victimhood needs to be determined by an external party, then what is established framework for professionally assessing or diagnosing whether you are a victim or not?

Fifth, is there a predetermined image of what a victim should and could look like?  Is there someone who can never be qualified as a victim, that they are above harm’s way, that they are practically untouchable?  My understanding is that psychological wound is non-discriminatory, just as a disease is non-discriminatory, hence suffering is not exclusive to a certain group of people.

Owens very act of mocking those people is already a harm to them, hence even if they were previously not a victim, thanks to her interview, she has made them one now.  So she is contradicting herself.

Here, I want to make a distinction between a victim and a victimhood mentality:

While I cannot judge whether those people that she mocked are victims or not, I will say that they do have a victimhood mentality.  But the more important question is, what’s the big deal?  Everyone is free to choose how to think about themselves.  You can be a victim and not see yourself as one.  That’s a personal choice.  But the more important question is, on what basis can you invalidate someone’s choice about themselves?  What’s that got to do with you?  If you don’t agree, then just walk away.  You don’t have to harm them simply because they think a certain way about themselves.

But what Owens invalidated, was them being victims, not them having a victimhood mentality.  I think that isn’t something that she can do.  It’s like I can’t invalidate you for saying you’re hungry, cold, tired, hurt, sad, etc.  I can’t because I am not the one to experience those feelings within you, and without experiencing them myself, I do not have the proof or evidence to disprove you.

A person can be powerful, smart, rich, pretty, and all the good stuffs, and still suffer psychological pain.  They are just as eligible for all the negative emotions like fear, grief, despair, etc., as an underprivileged person.  Simply because:  they are humans.

So when I watched the interview, I was really puzzled by the logic behind her opinion.  What’s her logic?  Or is it just reverse discrimination?

Psychological wounds and sufferings are much harder to treat and heal, because of its invisibility.  Aside from the social stigma it carries, it seems that there is also a discrimination against those who appear to be better off than the rest of the population.  That itself is already a harm done to the privileged.  If someone who is super rich says he’s having nightmares, and you say, “Yeah right, you get nightmares?  You are not entitled to have misery!  Get lost!”  That’s an added harm to his original pain.

This is a very difficult wound to heal, because the first step in healing is acknowledgment.  If you are already struggling with your first step, then good luck with the rest of your steps!  That’s like pushing you back into your pain.  Are you not a victim?  Yes, and it’s a second layer, on top of original suffering.

When everyone around me invalidated my feelings, I used up all my energy to fight against them.  But that only compounded my trauma.  So I walked away from them.  But that itself was a struggle, as they would not let me go.  I was trapped into pretending that I was okay, into looking good on the outside but miserable on the inside, upholding a fake appearance, because that’s the only way that they could accept me.  From this angle, I think I can understand and feel the pain of Obama and Markle, because keeping up with appearances out of a survival need, being trapped in a situation or a lifestyle of having to behave in a certain way that did not align with their true feelings, and when they want or try to rebel or speak up, they are attacked, that whole psychological structure is extremely oppressive!

My own opinion is that the poor need to let go of their bitterness and animosity against the rich, and see them as equal, as just another human being.  At the same time, the privileged need to let go of their scorn or whatever negativity they have against the other side.  When both sides let go of their negativities, and see the other side as equal, then there will be respect. If you resent or despise someone, on what basis can you expect or demand that person to be nice to you?  Relationship goes both ways.

I think the interview brought out many themes and social issues that can be further explored. If you have any comments, please share!