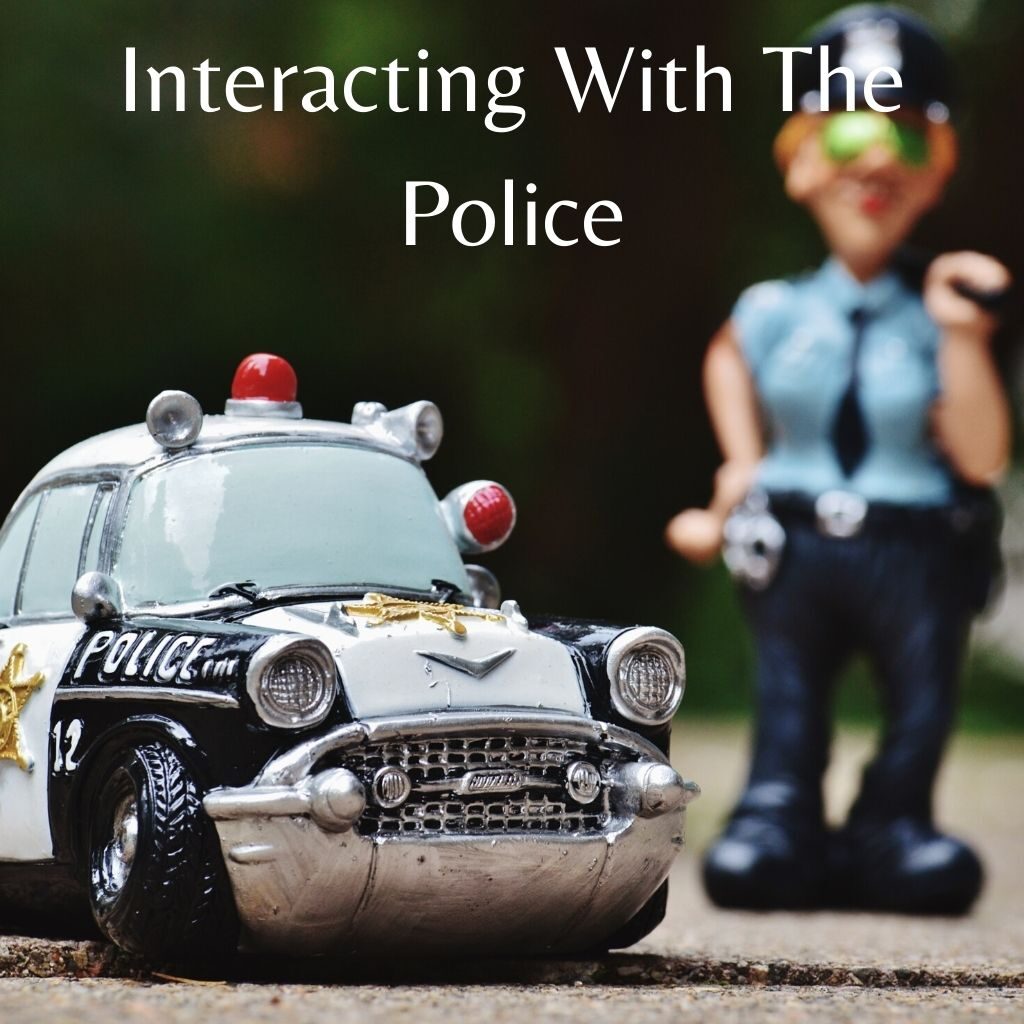 Interacting With The Police

In a news article today, I read about a “statement to police” card being freely distributed to the public to help them invoke their rights when dealing with the police, especially if they are caught off guard or in the middle of a crisis.

It is a handy card that can be read out to the police, and the wording goes:

“Officer, please tell me if I am under arrest or if I am being detained, or if I am free to leave. If I am not free to leave, please tell me why. I wish to exercise all of my rights now. I will not answer any questions until you let me speak to a lawyer.  Please do not ask me any other questions. I do not consent to any search unless I am under arrest.”

What surprises me about this news article is that it implies that the police do not always act in the best interest of the public, yet at the same time, their purpose and existence is to be there for the public.  Perhaps it is not easy to always act in the best interest of someone else. And this difficulty sometimes creates problems, which then fester for decades before they are recognized, given a voice, and addressed to give rise to social movements such as Black Lives Matter in Canada.

The reason I include this topic in the health blog is because the underlying psychological impact of interacting with the police can be traumatic, as mentioned in the news article.

I have written an article about my personal encounter with the police.  I wish I could have that card with me then.  But seeing that there is such a thing now is still a consolation for me, as it recognizes my distress and therefore validates my psychological experience.  An important part in the healing process is to witness and acknowledge the wound.  The difficulty of a psychological wound that it isn’t always acknowledged nor validated, because of its invisibility.

When I think of the police as an institution, I think of hierarchy, patriarchy, and authority.  Specifically, someone is on top, and I am below.  This psychological setup weaves into our consciousness at a much earlier age, before we even know what a police is.  It begins at home.

There was a certain period in my life when I was extremely distrustful of the police.  Now, I see them as a necessary and beneficial part of society.  In between these two phases is my psychological healing, not specifically related to the police, but to authority, power imbalance, control, force, aggression, etc., all of which start at home, not in society.  Sociology is the collective representation of individual psychology.

One of my wounds is being abused by those who are supposed to protect.  This psychological wound, if not healed, has the potential to project outward to manufacture bigger wounds, such as an interaction with the police. A police is a symbol of protection to society, yet that can sometimes become the very source of harm.

In my childhood days, I often didn’t understand why my parents would say or do certain things to me and for me.  The minds of adults were an enigma to me.  More importantly, I couldn’t ask, because their answers were often convoluted, which only compounded my initial enigma.  In adulthood, this has the potential to manufacture incidents either with the police or with anyone that symbolizes power and authority such as a supervisor in the workplace, where they can do or say anything to me, and I feel that I have no choice but to just accept it.  Coercion and submission.  Domination and oppression.  Helplessness and powerlessness.  For most people, this is the beginning of an abuse.  But I would say, this is merely the extension of a much older abuse.

Hence the importance of healing.  The wounds, if not healed, with its emotional charges, have the potential to manufacture even more wounds, compounding each other like a snowball rolling down a ski hill, gaining momentum and size, eventually crashing into a crisis.

Something else that was very close to my wound about protection, was the belief that no one will or was willing to protect me.  The belief stemmed from a sense of insignificance and inferiority.  Closely related to this cluster of wounds was the distrust and fear, usually at authoritative figures, that perpetually locked me into an inferior position.

Other parts of my healing around protection included communication and punishment.  As a child I was not allowed to voice my opinions.  Whatever the adults had decided, it would simply be imposed upon me, and they never thought I would have an opinion, leaving me to comply voicelessly.  There was no discussion or communication.  I never learned to civilly disagree, nor to initiate a discussion, nor to negotiate for something agreeable.  So I operated like a voiceless machine where the remote control was in someone else’s hand.  Now, as an adult I am able to communicate, but sometimes, this still does not feel instinctual.  As a child, my repulsion would come out as an emotional explosion which signalled to the adults to discipline me.  However, their idea of discipline was a misuse of power, and their misjudgment was expressed in the form of condemnation, with very strong emotions such as contempt and disgust, sometimes even hatred.  The emotions could either be the psychological punishment itself, or the start of another form of punishment.

All these childhood experiences can potentially be replicated in a police interaction, as both police and parents have the same responsibility to protect, therefore the same psychological meaning to us.  When I initially began my healing on the theme of protection, I found that it was deep and complicated, with many emotions and beliefs and coping mechanisms intertwining like a Rubik’s Cube.

Nowadays I am glad to see all kinds of social movements out there, to raise awareness, to give voice to the voiceless, to express emotions, etc.  These are powerful ways to heal, as we connect with others, and hopefully while doing so, we also connect within, to ourselves, to our own wounds, to allow the light to transform our wounds into wisdom.  As Rumi says, “The wound is the place where the light enters you.”