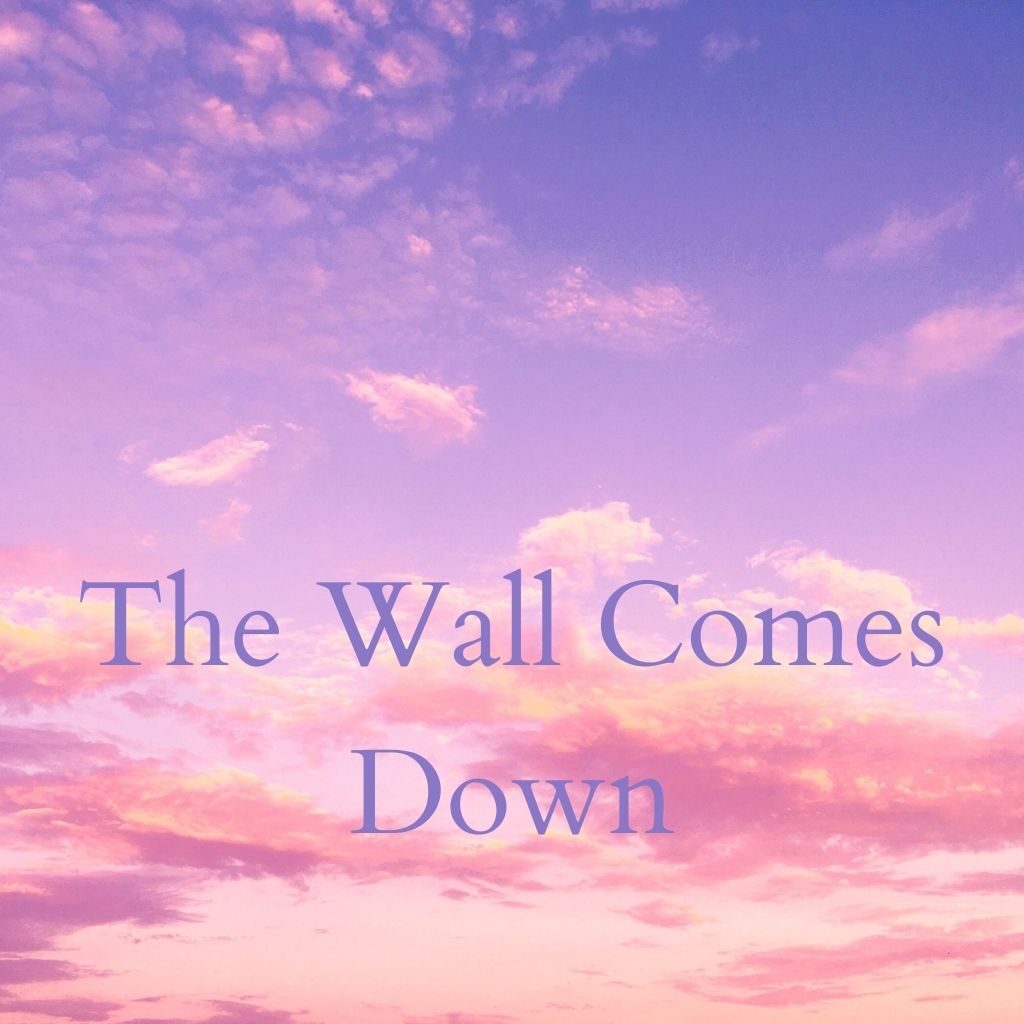 The Wall Comes Down

Many years ago, I went to the Apple store to fix the broken screen of my corporate iPhone.  My boss said, “Next time, don’t fix it, just get a new one instead.”

My mouth agape, because I didn’t want a “next time”.  I didn’t intend to have a “next time”.  I intended to take better care of my phone, because it was fairly new.  But he repeated his advice.  I said okay, though I was very resistant to the idea of breaking the phone again.

The advice rung in my head like a loud bell, its reverberation could be heard for many days after.  It felt strange.  His words had a mysterious power, as if it would happen for sure.  So to resist his words, I kept visualizing that my phone would be in mint condition no matter what.

Later, I went to Mexico for vacation.  My hotel was on the beach, so one morning, I sat on the beach watching sunrise.  The waves were gentle.  Then out of nowhere, a huge wave came up to me.  I thought it would recede before touching my toes, but no, it poured over me.  My phone was in my pocket.  I took it out, and it was dead.  Instantly.

Yes, it’s still in mint condition, but its “next time” had come.  I absolutely couldn’t believe the universe!  My visualization did materialize, but my boss’s words also materialized!  I couldn’t nullify his.

For the rest of the vacation, I used my personal iPhone.  Upon my return to work, I had a replacement phone, and it was the exact color I had wished for earlier, before my boss’s advice.  Then I wondered, was there also a time order to our manifestations, like a first-come-first-serve concept?  Or was it because I had wanted that color, but I refrained myself from asking for it, so the universe had to take a roundabout way to change the colors for me?

What puzzles me to this day is the fact that my boss’s words had such power.  I don’t mean that it has the magical effect to materialize.  I mean that there is a resolute certainty to it, like a brick wall.  You cannot break it.

Usually when people say suggestive or hypothetical things, I feel the ideas as wishy-washy flimsy energy with practically zero strength.  Like the little pig’s straw house, you can heave a sigh and the whole house would collapse.  In contrast, my boss’s words were like the little pig with a brick house.

In my entire life, I rarely encounter that sort of strength.  But there were at least a couple of times when I experienced it at the Canadian airport.

I used to travel light.  One time, I returned to Canada after a week’s vacation in San Francisco.  I had only a backpack on me, and it wasn’t full.  I couldn’t proceed past customs, because they thought I was a terrorist.

After they had searched my belongings, which was not much, they were still not satisfied, because I didn’t fit their expectation of a normal traveler.  But no matter how they invalidated my identity, they still had to release me, because everything about me was valid and legal.

In that experience, I had already sensed the black brick wall before I cleared customs.  It felt extremely odd.  Normally, when I felt a no, it was like a No Entry sign, which means, even though the sign is there, I can still see what’s ahead, there is no barrier, simply a disapproval, which means if I wanted to go ahead, I could.  But that time, I couldn’t feel anything ahead, like I was standing right in front of a wall, very solid and unnegotiable, and it looked black because of zero visibility, which means zero possibility for anything else except being searched and interrogated.

In the psychological plane, there are always multiple possibilities.  If you don’t see options, check to see if you are open or not, and ask for options to be presented to you.

If I recall correctly, my experiences at the Canadian customs happened at least twice, and always for the same reason.  Later, I became afraid to return home after traveling abroad.  It’s like you came home without shoes and your wife suspected you of having a mistress outside who fancied collecting your shoes.  You couldn’t argue, because the more you denied it, the more suspicious you appeared.  So you just kept quiet and let your wife think whatever she wanted and let her exhaust all her ways of proving you unfaithful.

Insecurities fuel imagination, though unproductive, but can also be hilarious, depending on where you are standing.

In those days when those brick walls appeared, I knew very little about the psychological plane.  Now I wonder if I would have the power to break them now.  My intuition tells me that if I wanted to remove a wall, I would have to first understand what it is, why it’s there, etc.

With the guidance of a higher power, I re-enter the scene with the wall, but I can’t hear anything.  So I breathe into it and breathe through it.  Gradually, the meaning comes to me:  I couldn’t enter my own home.  I didn’t have a sense of belonging.  Legally, I was born stateless.  Socially, I lived most of my life as someone else.  I didn’t have a psychological identity because my tribe didn’t accept it.  Family meant prison to me.

There are a lot of releases.  I step away to let the wounds drift off like clouds in the sky.

Your wife finally came to her senses and asked you what happened. You said, „Shoeless walking is very grounding!“