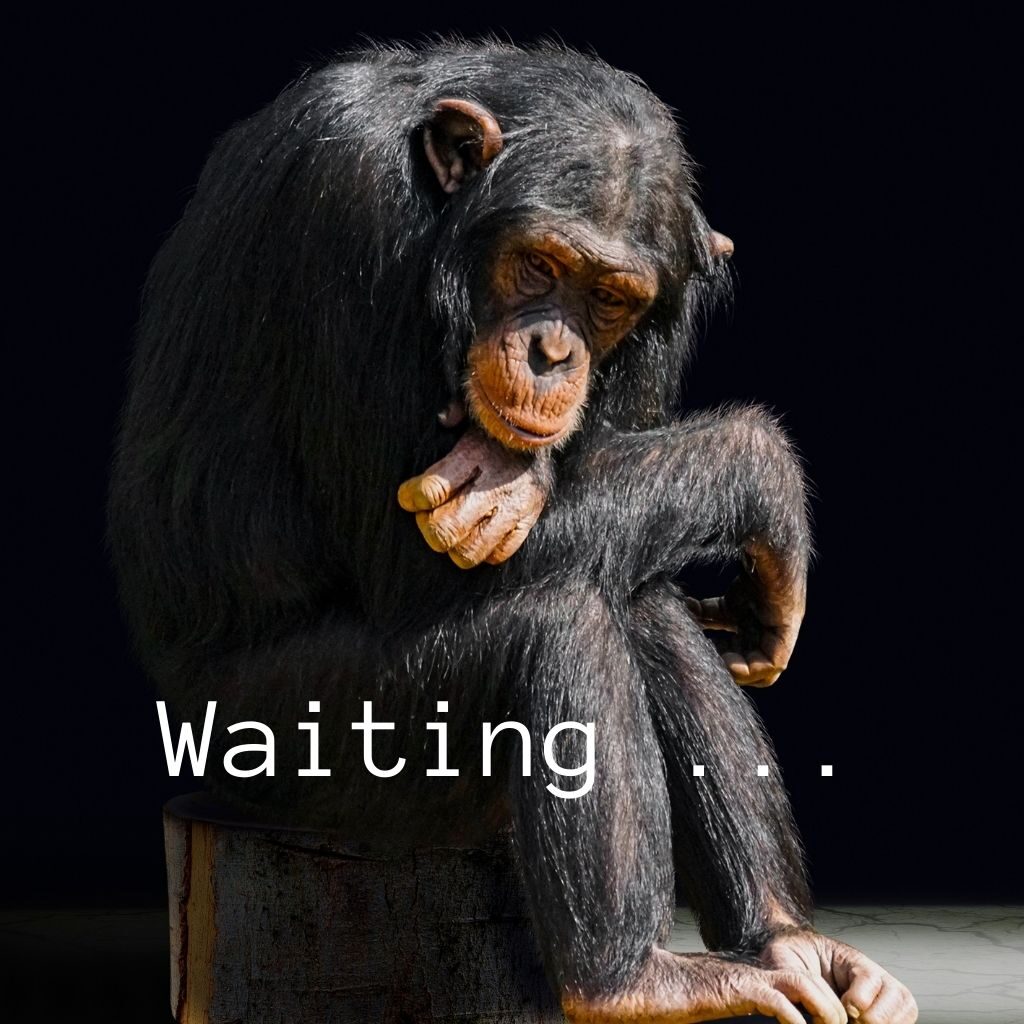 Entering the living room, already dressed up and ready to go, Estelle sat down to wait for her aunt who would be driving her to a festival.  Instead of getting ready, she found her aunt sitting in her favorite chair mending a shirt.  Seated across from them was her aunt’s friend, and the two adults appeared to be enjoying a leisurely conversation, with no indication of going anywhere anytime soon.

Just the previous day, her aunt had told her about today’s plan.  Full of excitement, she couldn’t wait to go.  All night and all morning, she could only think of the outing.  She waited anxiously for the adults to be ready, but she noticed that their minds were not on the festival at all.  She was the only person who was looking forward to the festival.

First she sat quietly in the living room, seemingly participating in their conversation, though in truth she wanted them to stop talking.  She was afraid to interrupt the adults, lest they got mad and said some unpleasant things to her.  She was not allowed to throw tantrums, and she had no other way of expressing herself except to throw tantrums.  But the more they made her wait, the more she wanted to burst out.  With her only method of expression being denied, her need for expression was also denied, and she was trapped in her head, unable to connect with others.  Hence, quietly waiting and quietly wishing to be noticed.

But they were too busy with their own things, and not at all aware of her anxious anticipation.  Not knowing how to dispense of her anxious energy, she paced around the room, touching this and that, grabbing a teddy bear that was on the couch and swung it up in the air.  Unexpectedly, it hit a cup of coffee and spilled its content onto the floor.

She stepped away, feeling guilty.  Noticing a small coffee stain on her dress, she went to the bathroom to wash it.  Upon re-entering the living room, the ambience seemed to have shifted.  After being disrupted by the coffee, the adults now wanted to make another cup of coffee, and then the aunt suggested to her friend, “I have made some banana cake.  Why don’t you try some?”

So they were not going out?  She was baffled by the turn of events.  She asked her aunt, “Are we going to the festival?”

Her aunt said dismissively, as if it was the least important thing in the world, “Later. Let’s have some snacks first. You want to join us?”

Every day she woke up with hope, and every day she felt the weight of disappointment crushing her spirit.  Being the youngest person in the household, her needs were always at the bottom of the rung, and if she complained, all those above her would downplay her emotions, and she didn’t like that feeling.

Many years later, when she no longer lived with her aunt, but kept in touch with them, they asked her several times to come back to stay with them for a while.  Their door would always open to her.  She was touched by their warm hospitality.  So she agreed.

It wasn’t easy for her to ask for a vacation, especially a long one.  But she managed to arrange for her colleagues to cover for her.

Excitedly, she arrived at her aunt’s house.  Her cousin had taken some time off work saying that she could drive Estelle around.

“Do you have some where you want to go?”  Her cousin asked.

“I want to see the mosque in the city center,” she said.

Her cousin didn’t give a definitive yes, but simply said, “I will see which day works for me, and then I will let you know.”

So she waited, one day after another.  Sitting at home every day, idling, waiting, anticipating, wondering.  Her cousin went about doing her thing, leisurely, enjoying her time off in honor of Estelle’s return.

One day, she asked her cousin, “Are you driving me to the mosque?”

Her cousin said, “Tomorrow my father will drive you.”

She was glad to hear that finally it was going to happen, but she was also confused as to why it wasn’t her cousin who would do the driving.  But she decided not to ask, because her objective was to sightsee, not whatever was happening inside her cousin’s head.

When tomorrow came, her cousin’s family took their time to get ready, as usual, and she waited in the living room for them, as usual, and when they were finally ready to leave the house, she realized that two of her cousins had some errands to run in the city center, so their father would drop them off, and while doing so, would drop Estelle off at the mosque too.

Soon, Estelle found herself alone, in front of the mosque.  She took several pictures of the architectural wonder, and then walked up to the main entrance.  There was a note, saying that the mosque was closed to the public due to a private event.  She felt crushed.  Coming here was as difficult as moving mountains, and yet now that she’s finally here, the mosque chose to deny her entry!

She hovered around the premise.  The sun was scorchingly hot.  Again, she waited.

When her uncle finally came to pick her up, after every one else was done with their errands, they asked her, “How was the mosque?”

Knowing that she couldn’t express her discontent and could only express her gratitude, she said disconsolately, “Good.”

“Is there any other place you want to visit?”

“No.”  She no longer had hope. Nor did she want anyone to give her hope and then took it away on a sudden whim.

She spent the rest of her time at their house disappointed, sad, and mad. She was angry that she wasted her hard-earned vacation in exchange for a denial of her freedom and desire. And she was angry for being oppressed, and having to be polite and grateful in response to oppression.

On the day of her departure, as usual, they took their time getting ready, and as usual she sat around waiting for them.  Anxiously, she said, “My flight is not going to wait for me.”